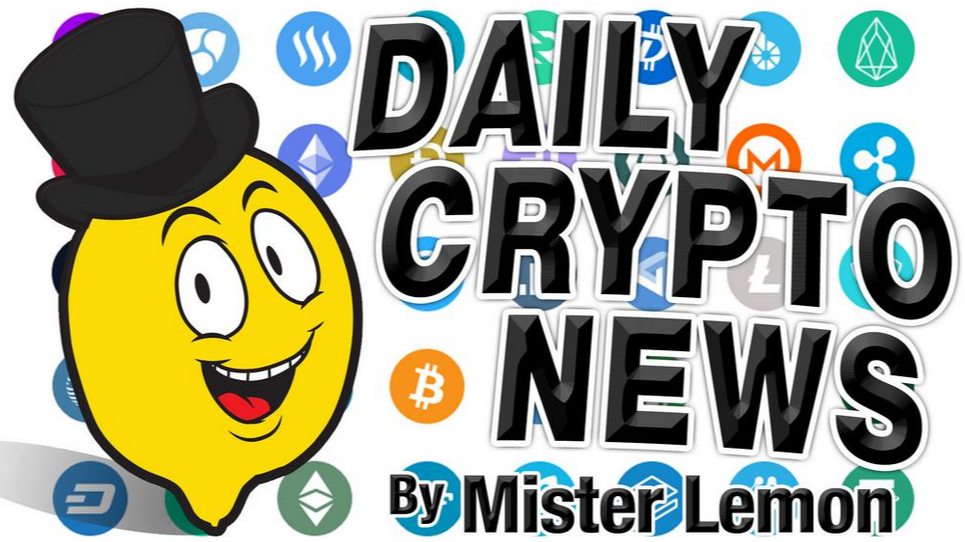 Demand for Wrapped Bitcoin (WBTC) has been growing tremendously in the last few weeks, with more than 23,100 WBTC ($274 million) currently in circulation.

According to data from FlipsideCrypto, a digital asset data provider, more than half of the WBTC was minted in the past month as the decentralized finance sector saw record growth. Launched in 2019, WBTC is an ERC-20 token that is pegged to the price of Bitcoin (BTC). It allows users to seemingly transfer Bitcoin to the Ethereum network and interact with smart contracts.

As such, the demand for renBTC, a decentralized and anonymous alternative to Wrapped Bitcoin, has been surging as well. According to Flipside Crypto, 19% of all new addresses using WBTC in August bought it through renBTC. This shows that privacy can indeed be a driving factor for more growth in the DeFi sector. 🗞 Dave Portnoy Has Taken a 180 On Crypto & Begun Shilling Altcoins

Have the Winklevoss twins created a monster?

Posting a number of videos on Twitter, Portnoy stated that he had found a new altcoin “that I’m interested in,” but wouldn’t disclose which crypto it was yet. He reasoned that he didn’t want people to buy it before he did.

He later tweeted that he had diversified some of his crypto holdings into the altcoin Orchid, which he referred to as “the shitcoin OXT,” adding that Orchids “never die.”

Sworn in for her second term today, SEC Commissioner Hester Peirce tells Cointelegraph about the commission’s work on crypto and new tech in investing.

Most days, there is little love lost between the United States Securities and Exchange Commission and the world of crypto. As the regulator of the world’s largest capital market, the commission’s continuing work to track down sales for tokens it considers unregistered securities has left a fair bit of the crypto market viewing the commission like a boogeyman.

Which is not fair. There are controversial cases, but the ICO boom was rampant with predation, fraud and theft: Exactly the sort of issues you keep a regulator around to stamp out. Right now, though, the SEC is faced with a wide range of new concerns as technology enables new relationships between investors and markets, including crypto. A legitimate concern is their years-long hesitance to issue reliable guidance for well-meaning actors

“I hope that some of the relationships that I've developed in the first couple of years will continue to deepen and people can help me think through these hard issues,” Peirce said. She further invited outside input on new policy from people who aren’t normally in charge of policy:

“I really believe that as regulators, we need to be drawing on the wisdom of people outside of the regulatory community. And that's, again, part of what I really like about this area, which is that people are coming and looking at our securities laws from a totally fresh and new perspective. And they make me think about things in ways that maybe I wouldn't have thought about just based on talking only to securities lawyers.”

Gemini, a major cryptocurrency exchange founded by the Winklevoss brothers, has just added support for three new fiat currencies on its platform.

According to an official announcement on Aug. 17, Gemini now allows users to trade in the Hong Kong dollar (HKD), the Australian dollar (AUD), and the Canadian dollar (CAD).

The three new fiat currencies come in addition to the United States dollar, allowing Gemini users in Hong Kong, Australia, and Canada to buy and sell crypto with native currencies.

Chinese firms could look to end their dollar dependence in international trade deals using blockchain technology – with the nation’s steel industry looking to purchase raw materials in Chinese fiat RMB rather than the American greenback.

Per a report from China Economic Net, an increasing number of Chinese iron ore importers are turning to blockchain-powered cross-border platforms to conduct RMB trade deals, potentially doing away with USD, the usual currency of choice in international trading.

A new preponderance of blockchain-powered cross-border import and export platforms is allowing some of the world’s biggest iron ore miners to sell the material – the chief component of steel – directly to Chinese firms without the need for the American dollar.

Major Chinese bitcoin mining pools are each seeing daily hashrate drops of between 10% and 20% following continuous rainstorms in Sichuan.

China’s southwestern Sichuan province, a mountainous region that is estimated to have over 50% of Bitcoin network’s total computing power, has been hit by heavy rainstorms since last week, which peaked over the last two days.

The heavy rainstorms have caused electricity outages in parts of the region as hydro-plants stop generating power to help discharge the floods. Some counties are also experiencing telecommunication and internet breakdowns, said Kevin Pan, CEO and co-founder of PoolIn. "On 18th August 2020, we will stop the Neuro test network, create a snapshot from all account balances in Neuro and form a genesis block..."

"This Livestream, keynote format, will be about the launch details of FTOs till the end of 2020, new features, strategic partnerships..."

"We will be hosting a Q&A session on the structure and process of the Major Grants Review Committee, hosted by @socrates1024."