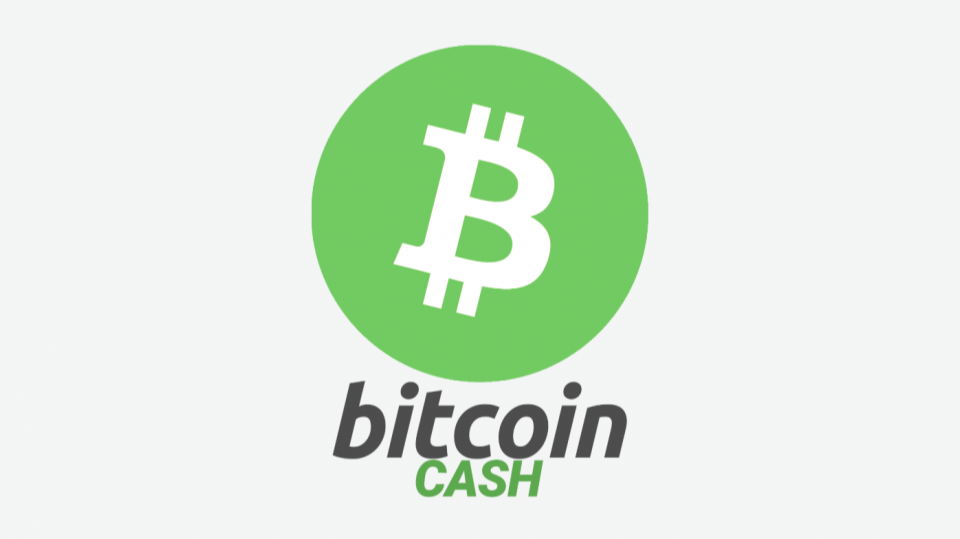 Bitcoin Cash is one of the most popular cryptocurrencies, and it’s also the most successful Bitcoin hard fork. While there are a lot of other versions of Bitcoin hard forks but none of them has as much popularity as Bitcoin Cash. With more than $5.5 billion market cap at the time of the writing of this post, many people are wondering why Bitcoin Cash has become as successful as of today. Let’s find out the history of Bitcoin Cash, why it split from the original Bitcoin, and why it has become as popular as today.

The godfather of all cryptocurrencies, Bitcoin, was founded in 2008 by an anonymous entity or individual called Satoshi Nakamoto. According to the founder Satoshi Nakamoto, Bitcoin is a decentralized P2P (peer-to-peer) electronic cash. The original vision of Bitcoin is to transfer money from one hand to another cheaply, fast, and borderless without any centralized entity controlling the supply of the money.

Fast forward to 9-10 years later. Bitcoin supporters struggled with scalability issues. With the rise of Bitcoin’s popularity in 2017, the transaction fees in the Bitcoin blockchain became unbearable. This situation forced some well-known community members like Roger Ver to propose block size limit increase. They believed the block size had to be upgraded in order to solve scalability issues. At the time, a block size of the original Bitcoin blockchain had an upper limit of 1 MB, and the pro-change supporters believed it had to be upgraded to 8 MB.

However, the other camp of Bitcoin supporters argued against this block size increase proposal. An increase in block size would increase transactions inside each block and would decrease the transaction fees. That’s why at the time many miners were against this proposal because they would lose their incentives. And not only that, but they also argued that Bitcoin was never meant to be used as a peer-to-peer currency. They believe the real value of Bitcoin is to be used as a store of value, exactly like gold.

Of course, these arguments were not accepted by the pro-change supporters. They believe bitcoin needs to scale if it wants to be accepted by the mainstream world. Because both camps couldn’t find a middle ground in their ongoing debates, the split took effect on August 1, 2017, at block 478558. The forked version was then called Bitcoin Cash (BCH). The name “Bitcoin Cash” itself was created by the mining pool ViaBTC. 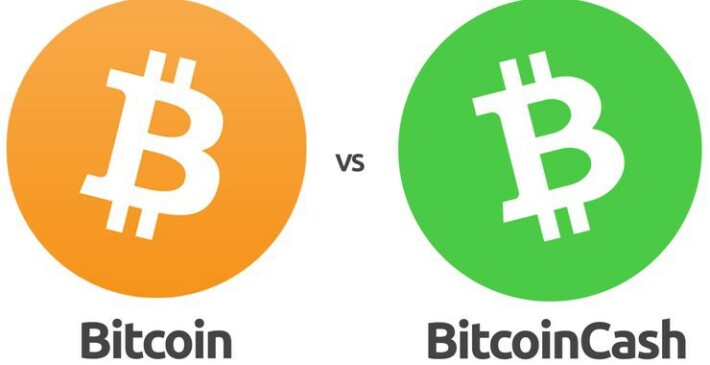 
According to the Bitcoin Cash website, the purpose of Bitcoin Cash is to bring Bitcoin back to its original purpose. They believe a decentralized peer-to-peer currency like Bitcoin has to be fast and cheap. Exactly just like cash. Due to the slowness and high transaction fees of the original Bitcoin, the pro-change supporters initiated the hard fork to create Bitcoin Cash. The idea is that the “real” Bitcoin needs to have low transaction fees and fast transaction speed. It has to be as good as digital cash to gain adoption from the mainstream world.

That’s why until today Bitcoin Cash supporters believe BCH is the “real” Bitcoin due to its low transaction fees and its speed. The community behind BCH often refer BTC or the original Bitcoin as “Bitcoin Core” and call their own coin as the real Bitcoin. They included the word “Cash” behind the coin name because they believe the vision of Bitcoin, in the beginning, was to be used as digital cash. 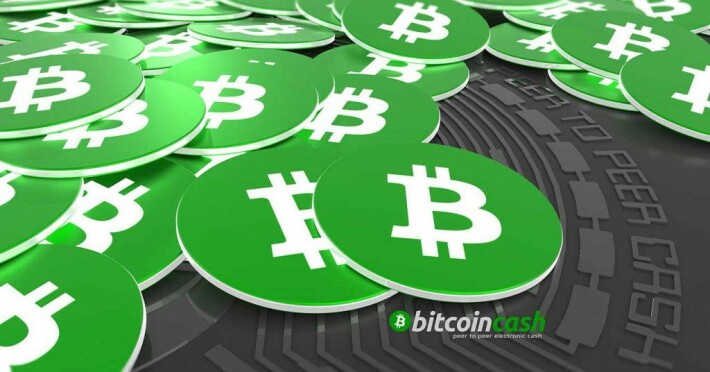 They believe sooner or later the crypto industry would have huge waves of newcomers just like in Q4 2017. And they want to be ready for that with this upgrade. According to CoinAnalysis.io, Bitcoin Cash can handle up to 116 TPS (transactions per second). BCH has proven itself to be much more scalable than BTC, which can handle just 4.4 TPS. 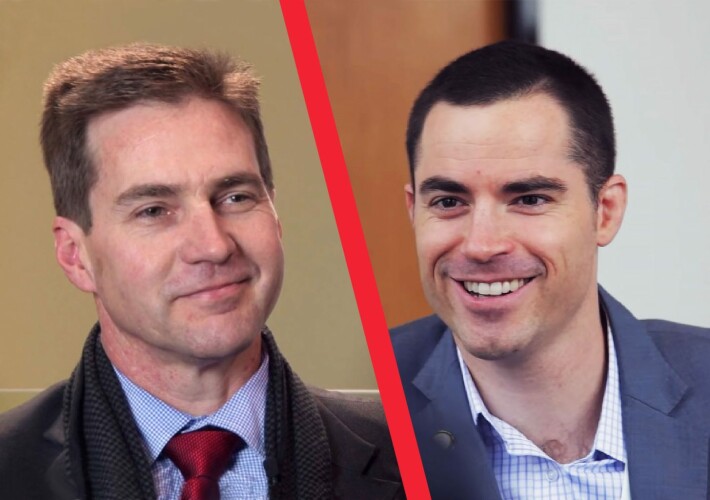 Bitcoin Cash’s success did not come without controversy. One of the main reasons why Bitcoin Cash could get such popularity in the crypto market is because of the confusion between the original Bitcoin and Bitcoin Cash. For example, Bitcoin.com CEO is Roger Ver. However, Roger Ver is a hardcore supporter of Bitcoin Cash. And he is often accused as someone who always tries to mislead his Bitcoin.com audience to think that Bitcoin Cash is the real Bitcoin. Another platform that’s often accused of misleading people is the subreddit r/btc. For casual users who rarely visit reddit, the URL “r/btc” might lead them to believe that r/btc is indeed the official subreddit of Bitcoin (because Bitcoin symbol is BTC) even though it’s actually used to promote Bitcoin Cash.

Two causes of the split were the changes to the script and the block size limitation. The Bitcoin Cash ABC camp wanted to introduce two new opcodes in the script (OP_CHECKDATASIG and OP_CHECKDATASIGVERIFY) using a hard fork but this proposal was rejected by Bitcoin SV camp. Bitcoin SV supporters argued that Bitcoin Cash was supposed to stick to the original Satoshi vision which include OP_LSHIFT and OP_RSHIFT. They also believed the block size should be upgraded to 128 MB (instead of Bitcoin Cash’s 32 MB).

After the split, the two camps decided to go into “hash war.” Bitcoin SV supporters attempted to 51% attack the blockchain of Bitcoin Cash. However, Bitcoin Cash supporters also have plenty of hash power to defend themselves. They kept trying to attack each other. The infamous hash wars in Q4 2018 was blamed by some crypto traders for the market price crash at the end of last year. 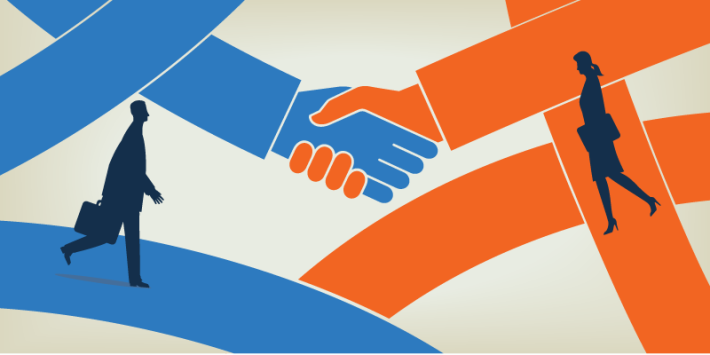 Bitcoin Cash is one of the cryptocurrencies with decent adoption in the blockchain industry. Some local restaurants and hotels in various countries like India and Venezuela have started accepting BCH recently. The biggest recent adoption news came from Travala.com, the largest hotel booking website that accepts bitcoin and other cryptocurrencies. With the addition of BCH, it shows that Travala has acknowledged the importance of BCH alongside other top altcoins.

At the time of this post writing, BCH has more than $1.2 billion daily trading volume. It’s an enormous trading volume, although probably most volume comes from trading speculation instead of real adoption outside the speculative crypto market. However, this is not exactly Bitcoin Cash’s fault, because the majority of crypto trading volume has always been from the crypto traders. If you are interested to try Bitcoin Cash, you can check their wide selection of BCH wallets.

Regarding competitors, it’s believed that the largest Bitcoin Cash competitors are the original Bitcoin itself (BTC) and Bitcoin Satoshi’s Vision (BSV). This is due to the politics involved in the chain split between BTC and BCH as well as between BCHABC and BSV. Outside the politics and drama perspective, there are many other cryptocurrencies like NANO, XLM, XRP, and LTC that aim to be ‘cheap’ and ‘fast’ and they can become direct competitors of BCH as well. After all, the point of cryptocurrency is to be a decentralized peer-to-peer coin. There are too many different cryptocurrencies that try to be exactly that.

Nobody knows the future of Bitcoin Cash, but it looks like BCH is going to have a strong future if there’s no drastic change in the crypto market. Altcoins price generally moves in the same direction, and Bitcoin Cash (most likely) will be able to keep its spot in the top 5 or top 10 cryptocurrency rankings for the foreseeable future.