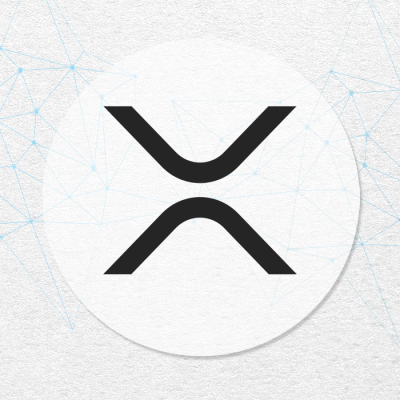 Ripple Labs created the Ripple network and the XRP token in 2012 with the purpose of making cheaper, faster cross-border payments. Ripple was thought of by Jed McCaleb (founder of the Stellar Foundation), Arthur Britto and David Schwartz, and developed from an earlier idea called OpenCoin.

Ripple’s specific purpose as a settlement system has seen it form multiple partnerships with banks, forming a network that has since been termed as “RippleNet”. Ripple’s extensive collaboration with banks - including cross-border pilot programs - has won favor with financial institutions in several continents, and executives from the company have been known to discuss the implementation of decentralized financial systems with high-level financial industry insiders, like the IMF’s Christine Lagarde.

Ripple also has close ties to SBI Financial Holdings, a Japanese financial giant that is keen on leveraging the token to improve financial services in Asia. President Yoshitaka Kitao has joined the Ripple Board of Directors. This, along with the extensive efforts to help banks test cross-border payments using Ripple’s technology, has emboldened investors, who believe that Ripple will act as something of a bridge between traditional banking systems and new technologically-empowered systems.

Ripple’s quicker settlement times compared to Bitcoin (transactions take a few seconds to get validated) and its lack of energy-intensive mining has led some people to say that it is a better means of exchange than Bitcoin itself. Having said this, Ripple is still primarily focused on becoming a new form of SWIFT, one that can assist existing banks and its customers speed up international payments.

"What happens to L1 Tokens today?" is a crypto news curator that curates high-quality and insightful Layer-1 Token news for you daily. Here are the news for you today. Recently, we have just launched a news sentiment analysis tool that utilizes mac...

Good afternoon The diagonal that we have been tracking did not form and nothing special happened on day 589. That means we have to look for another idea. A less likely scenario (imho) is that the June low will hold as bottom and that we've started an...

"What happens to L1 Tokens today?" is a crypto news curator that curates high-quality and insightful Layer-1 Token news for you daily. Here are the news for you today. Recently, we have just launched a news sentiment analysis tool that utilizes mac...

How to choose a suitable cryptocurrency for investment — features and nuances

Many people are interested in buying foreign currency, many are trying to find a suitable option that will be optimal and profitable for them. However, most people who plan to make such investments are wondering how to know what crypto to buy. This q...

How to make a profitable investment in cryptocurrency

Hello Today is November 24th - it has been 589 days since the high on April 14th of 2021. A potential extracting diagonal is currently in progress, this diagonal can be leading or ending, structurally there is no difference between the two. I pointed...

G'day For now the recent price actions fits with the idea of an extracting diagonal.  In this update I will try to answer if this diagonal can give us the final decline. Let me take a closer look at the potential extracting diagonal : Wave 4 has ove...

Good morning I noticed that a lot of people were upset with my last update as I was expecting some more downside. When I wrote that post sentiment was pretty bullish and we did go up as expected to finish the flat wave. But then Sunday afternoon the...

In an increasingly digital world, the need for frictionless transactions between parties is becoming more and more necessary. Businesses large and small are striving to find new ways to streamline their money handling operations so they can operate...