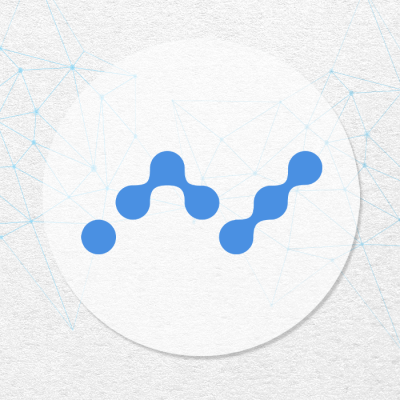 Nano (NANO) is a cryptocurrency made by Colin LeMahied in 2017. It uses Directed Acyclic Graph (or DAG) technology and blockchain to address the main problems that Bitcoin still currently faces.

Started as RaiBlocks in 2017, Nano intends to solve the problems of scalability, high transaction fees, long transaction times and power intensive consensus mechanisms that Bitcoin faces today. Bitcoin can currently handle a small number - 7 transactions per second - with fees constantly rising as the blockchain load increases. Furthermore, the average transaction time for Bitcoin is around 160 minutes, which is much longer than many other blockchain projects.

The DAG that Nano uses is known as the Block Lattice and is a similar technology to that of Tangle from IOTA. The specific DAG that Nano has implemented allows for simultaneous transactions to occur as each different account on the Nano network will have its own private blockchain. This private blockchain provided to the user is updated asynchronously to the rest of the Block Lattice which allows for transactions to occur simultaneously. This results in an improved latency due to the dual-transaction mechanism that requires both senders and receivers to verify a transaction, thus removing the need for miners and completely eliminates transaction fees.

As there are no miners on the Nano network, it is secured by a Delegated-Proof-of-Stake (DPoS) consensus mechanism. This involves elected delegates voting on which transactions to verify if any problems arise within the network. The removal of miners and use of DPoS means that the network will not be subject to mining centralization and is not as power-intensive as the Bitcoin consensus Proof of Work (PoW) mechanism is.

In this tag you can discover Nano (NANO) news, price prediction, opinion and analyses created by users.

✍️ Crypto Stories | Love you to the moon and back 🌕

If you have said, or someone have told you: “Love you to the moon and back” you will think that is real love. And it could be. Nevertheless, in the crypto reign, that kind of statament could be a painful one. Let me show you a recent story whose main...

🧮 Ten to the minus nine going beyond math An open source asset for decentralization Solving the blockchain scalability limitations Supported thanks to directed acyclic graphs   👨‍💼 Started with the name RaiBlocks by Collin LeMahieu Given through capt...

I would like to start off this post by saying thank you for coming my to my blog, I really appreciate all the support I got from my last one so I decided to write another. I am not a financial advisor and am not telling anyone what to do with their m...

Why Isn't Nano Bigger Than It Is? - A Question of Market Cap and Utility

Hi everyone, first post here on my first blog. Not a financial advisor or telling anyone what to buy, just my personal perspective on what seems to be a lesser-known coin. This is not an in-depth technical analysis.  As a new crypto investor, it is c...

8 Feeless Cryptocurrencies You Need to Know About

Cryptocurrency is something that has been gaining huge popularity and has become a hot topic of discussion. Most people are aware of what cryptocurrency is and recently, a lot of people have decided to buy, sell and trade crypto. Even then, the wider...

Investing in Nano: Everything You Need to Know

What is Nano? Nano is a cryptocurrency that was created with a focus on addressing the inefficiencies that riddle many other cryptocurrencies. It was designed to be fee-less, eco-friendly and instant. Instead of using blockchain like other cryptocurr...

I'm a Banana! (Banana Power to the Banana Boys in the Banana Republics)

In my quest to find one or more cryptocurrencies that can be mined with a decent/modern/current CPU, I have come across Banano, which is a meme coin based on Nano and is all about the banana references. Case in point: the wallet is called "Kalium", w...

There is an opportunity for cryptocurrency investment in the NANO technology project.

My thoughts for this type of project are usually quite modest, but I will provide a detailed overview of the ARNO project. It is focusing on combining the use of carbon nanotechnology; from what I gather, the idea is highly promising. Their ambitions...

My First Steps Into Crypto : PlayNano

First : What is Nano ? Nano is a cryptocurrency that is lightweight and guarantees fast transactions with zero fees : it is a peer-to-peer crypto. The network is secure, green and decentralized. Its design is completely different from traditional blo...