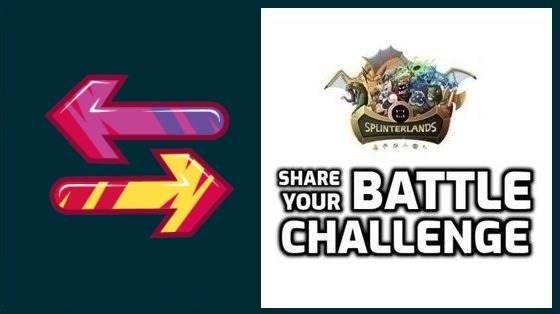 Another ability is highlighted this week in the Share Your Battle Challenge. This is Retaliate 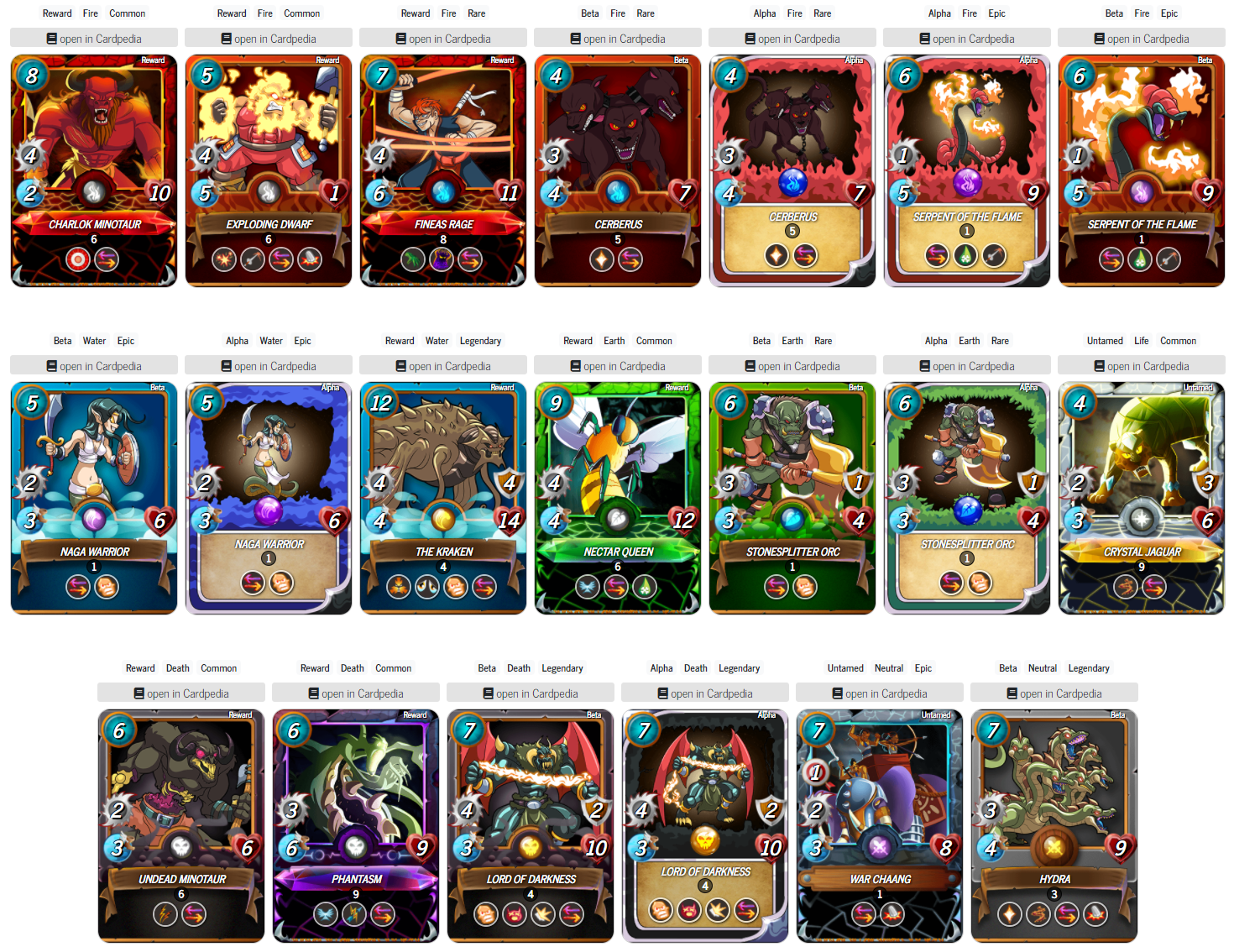 Having found the splintercards.com Website recently, it's easy to filter all cards based on abilities. It seems that the Fire Splinter is the main class with cards that have the retaliate ability. There is randomness involved in the ability to trigger (If I'm not mistaken at 50%) making this for me something that not a main ability to build your deck around but more like something extra that is nice. 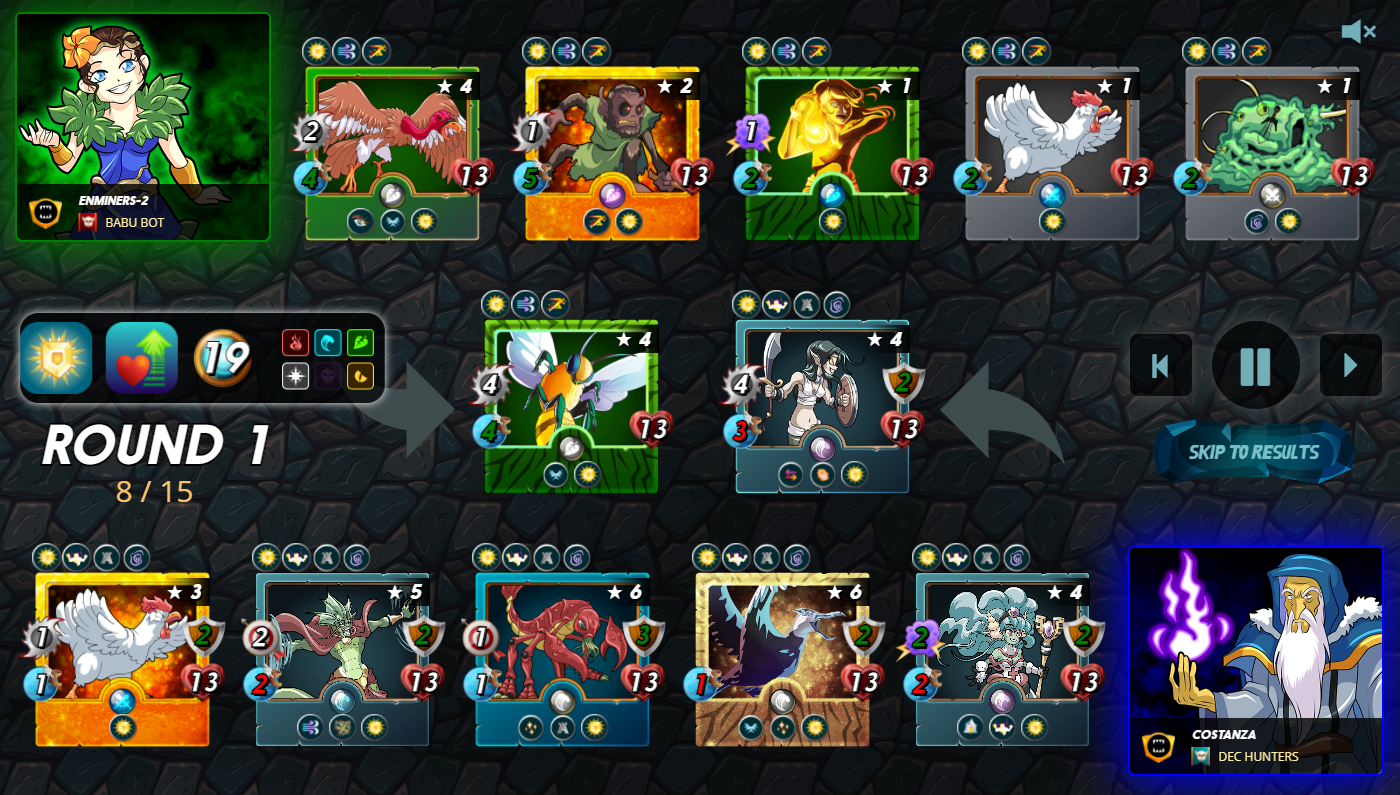 For as far as the game itself goes, similar to most weeks it's rather irrelevant because of the Balance issues which I never have heard being addressed by the devs. With the rules where all monsters get the highest health and divine shield, I opted for the powerful Alric Stormbringer Water Summoner since those cards provide a lot of health regeneration. The Naga Warrior in the first position had the retaliate ability which was a nice extra but not the main reason to play it. It getting a benefit from the max health with strong damage for 5 mana cost was. The Mermaid Healer in 2nd position provided extra heal against sneak/snipe/opportunity attacks while getting a 1 attack boost by the summoner. The Albartros in 3rd position is one of the best cards for this ruleset if the fight is relatively low mana which is why I put it there. The Crustacean King is another must include in every single Water Deck. The Windmaster is also a card that highly benefits from the extra health while countering armor and I ended it off with the Furious Chicken as my most played card given the 0 mana cost. 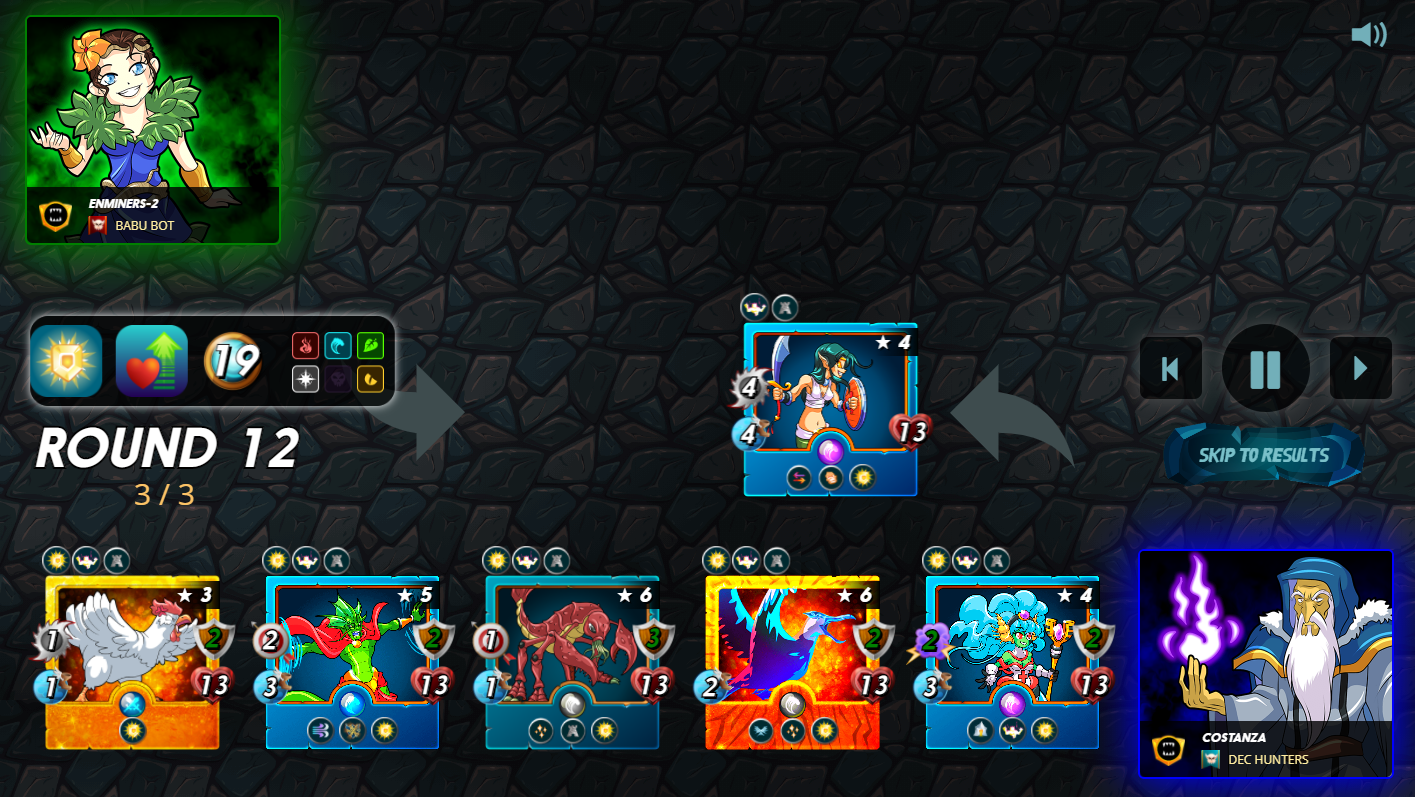 Surprise surprise, it turned into another flawless win against a bot account that both had lower level cards on top playing a horrible strategy. Everything is rainbows and Sunshine for Splinterlands at the moment with the upcoming SPS token airdrop and card prices being at an all-time high making everyone some good earnings by playing at the moment. Yet, I have a hard time seeing it all last if they don't start working on fixing this extreme pay2win nonsense which ruins the actual gameplay experience. I pretty much keep saying it week after week in these posts showcasing how broken this game is and it's quite frustrating because I do see so much potential in Splinterlands actually being fun just as a standalone gameplay experience where the rewards are a bonus on top of that.

This being said, I'm more convinced than ever that this is a perfect time to start taking some profit for those like me who have been playing for a long time accumulating during the times when some big whales were selling at discount prices. That being said, I also believe at the same time it's still a good time to get in but only for those that go about it in a very smart way. Getting in potentially late to the party right now might get some at a serious loss if they blindly start buying cards.