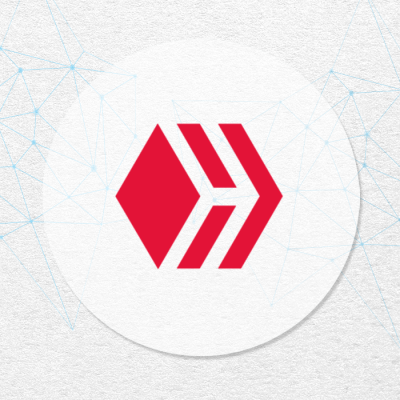 Hive (HIVE) is a blockchain network that was forked from the Steem (STEEM) blockchain on March 20, 2020. The hard fork was led by the community, after they had decided to separate from the network following TRON’s acquisition of STEEM.

Several events precipitated the hard fork. In February 2020, TRON (TRX) and founder Justin Sun announced that the former had acquired STEEM, which had been motivated by a lack of financial resources, according to Steemit’s Managing Director Elizabeth Powell. At this point, the acquisition had already met with some resistance within the existing STEEM community, as there existed a stake of 74 million STEEM tokens that had been owned by Steemit, but was now in the hands of TRON.

The community was concerned that these tokens would be used for TRON’s profit and decided to soft fork to deactivate these tokens. Shortly after this incident, it was alleged that TRON and Sun had launched a coordinated hostile takeover by way of using exchanges customers’ deposits to vote out the STEEM  network’s witnesses, and granting power to accounts associated with TRON.

Matters came to a head, and the community members followed through with their plans to hard fork, which led to the HIVE network. The new token is now available on several exchanges.

Hive now operates under the slogan of “Blockchain for Web 3.0” and comes with a suite of decentralized applications (DApps) and wallets to serve that purpose. This includes wallets for all devices, and DApps such as Peakd, Splinterlands, Esteem, STEMsocial, STEEMPress and BRO poker.

[ENG/ITA] For the Glory of the Guild! / Per la Gloria della Gilda!

La versione italiana  si trova sotto quella inglese  The italian version  is under the english one      For the Glory of the Guild!   It's time for something new! After completing my first Hive Power Up Day - commemorated a few days ago with a...

Recap of this Week's Posts by D.Buzz Vol.117

Recap of this week's posts by D.BuzzFor the week ending on 10/2/2022 | Vol. 117 What's buzzing, friends? An old wives' tale says that getting a baby to cry will bring that baby good health in life. There is no scientific evidence to support this cl...

Save the Trees- My Entry for LMAC's Round 142 Challenge

Save The Trees- Let's Make A Collage Round 142 Greetings Publish0x. I am relatively new in Hive. One of the things that caught my attention in that platform are the different challenges by different communities. One of those challenges is the Let's M...

#Index4Index - In a world where you can be anything, be KIND

I was watching a series on Netflix, when I heard the quote “In a world where you can be anything, be kind” and then I hit the rewind, just to check I heard correctly. The internet sure gives attribute to many for this quote, but I’m going to go with...

If you have never played Rising Star before then I would recommend you check it out. Rising Star is a music themed game, the main gameplay revolves around doing missions to progress. These missions range from 5 minutes up to many hours per mission as...

Blogging is not the only source of income on Hive

Many people still think that blogging is the only source of income on Hive. During the Steem days maybe that was the only good source of income as Splinterlands and other options were just getting started. But today we have so many opportunities insi...

A Guaranteed Hedge For Your Crypto Portfolio

Uncertain Times Exposure to Crypto, or any form of equity investment during this downturn, will most likely keep many awake at night. Knowing that the market could collapse at any moment doesn’t do much for investor confidence. We are living in an ex...

How To Transfer Your Hive to Binance Exchange [Tutorial]

This post is a tutorial about how you can transfer your hive directly to Binance. Binance exchange is the largest in the world, operating the biggest bitcoin and altcoin crypto exchange by volume. And not only that, but there are many different...

Hi Friends There is no doubt that HIVE Power is a must for the Hive blockchain. I mention this in almost every post I write about HIVE. In order to exist on HIVE blockchain and affect it, you must have HP. In order to have HP, you must be active here...

Hive Power Up day and My Monthly Hive Report

Another month has passed and today is celebrated as Hive Power Up day. I was able to power up some decent amount of Hive today considering the fact that I have to keep pushing myself towards completing my goals. Luckily the price of Hive is also very...