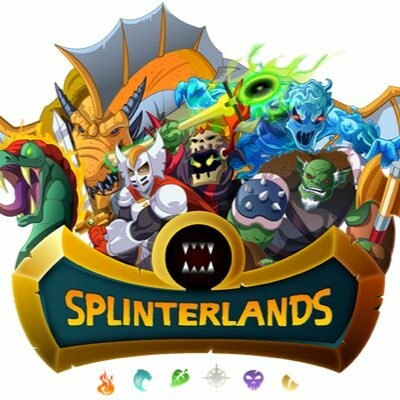 The Splinterlands’ team’s mission is to make playing and winning as accessible as possible to as many players as possible, emphasizing that anyone can win in Splinterlands, not just expert players. Users only need a HIVE wallet, which is automatically generated upon registering.

Using the Delegated Proof-of-Stake algorithm, the Splinterlands team claims that its network and consensus algorithm are more efficient, and that unlike CryptoKitties, it can process significantly more transactions at no cost whatsoever. All actions executed in the Splinterlands ecosystem are conducted on the blockchain.

The game has achieved a noticeable level of popularity, with over 70,000 matches a day, making it one of the most popular blockchain games globally. The vast majority of users are from the United States and China. The total estimated value of in-game assets is over $5.4 million, as of March 2020.

Like many collectible games, the non-fungible tokens representing the assets have real monetary value. Users can buy, sell and trade their cards in a marketplace, where it is priced in USD. These cards can also be sold on third party marketplaces like Open Sea, PeakMonsters and Monster Market. Users can also receive awards from completing in-game challenges, competing in tournaments and forming winning streaks, among other ways.

Another week has gone by in my challenge to open 1000 Chaos Legion packs, and I will closely monitor and transparently share all details about the challenge in these posts.   Road to opening 1000 Chaos Legion Packs Week 42 Update In week eight of thi...

La versione italiana  si trova sotto quella inglese  The italian version  is under the english one      Finally, the 3rd Place!   And after getting twice in a row so close that we could almost touch it, we finally managed to grab the 3rd place...

Another week has passed and it is another week to share my thoughts on one of Splinterlands' units with you! It is about a neutral unit, this week: "Gem Meteor". I love to write on units I do not currently own and love to take this as an awesome occ...

Splinterland's : SPS rewards did kicked up the Brawl participation.

Every week there is a Splinterlands challenge to share a battle using a specific card and on this week's post it is the Gem Meteor card. I also encourage Splinterlands players to partake in the challenge because you get to try different strategies...

La versione italiana  si trova sotto quella inglese  The italian version  is under the english one      Focus on: Neutral ⚪   My current medium-term goal on Splinterlands is to get up to the Gold League: to reach this goal, I dismantled a larg...

An Epic Neutral card is highlighted this week in the Share Your Battle Challenge for Splinterlands. This is the Gem Meteor   There are many cards similar to the Gem Meteor that are cheaper in mana cost or that just have better stats which makes it s...

Splinterland's : Investing in Lux Vega might be good choice.

Splinterland's : Investing in Lux Vega might be good choice. For past couple of seasons I am really struggling to reach the Diamond league, tough I am lucky to cross 2800+ plus score at last couple of days to advance to gather my next season chest as...

The daily time requirement in order to get most out of Splinterlands continues to be off the chart which pretty much forces players to use a bot. After Archmage introduced ridiculously high 33% fees, I now switched to Splintermate.com who charge a ve...

This week's Splinterlands Challenge of the Week was to showcase the neutral Gem Meteor... This is an interesting card at L1 - offering high speed at a low level and also relatively high health, and with scattershot, which can shake up a battle, but...