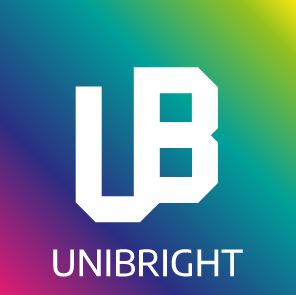 Unibright (UBT) is an enterprise focused blockchain platform launched in 2017 by Marten Jung and Stefan Schmidt. Jung and Schmidt respectively serve as the project’s Chief Executive Officer (CEO) and Chief Technology Officer (CTO). The team conducted its ICO in May 2018, raising roughly $13.5 million dollars in exchange for selling 150,000 million UBT tokens priced at $0.14.

Research for the project began 2016, with the initial focus being on Ethereum. The project serves many purposes, including the development of enterprise applications, startup investment and tokenized asset ecosystem development, though the overall goal is to bring existing businesses up to speed with blockchain technology.

Unibright’s team is composed of “blockchain specialists, architects, developers and consultants with 20+ years of experience in business processes and integration.” The project is a part of the Ethereum Enterprise Alliance (EEA), INATBA, the European Blockchain Foundation, and Blockchain Bundesverband, a non-profit that is focused on the promotion, development and adoption of blockchain technology.

Mostly recently, the team has seen the first pilot customers use their Unibright Framework, which has come to the product ready stage. Other developments include partnerships with Digital Asset and Anyblock Analytics. Additionally, the team began to look into security tokenization, which will take a lot of the spotlight in 2020, along with the establishment of the Unibright Thinkthank.

Blockchain for Businesses: 5 Cryptos for Enterprises

Companies have recently realized the advantages of blockchain technology. However, at the very adoption stage, they face a number of significant obstacles which include a lack of reliability, technical difficulties during integration, privacy issues,...

How to Drop a proof on Baseledger

For this guide, you will use the Baseledger Proxy to drop a "proof" on the Lakewood Baseledger testnets!This is an adapted version of the guide from the official Baseledger documention on "Drop a proof via preinstalled nodes" Step 1  Go to The Swa...

Today it was announced that SPO.de, a Baseledger Governance Council Member, had opened their proxy staking pool for their Baseledger.net node!   Marten Jung, Unibright CEO, had this to say: Dear Community, Mainnet Launch is coming closer - and we ar...

Unibright Crypto Review - What Is Unibright?

What is this Unibright crypto you keep hearing about? In this review, I explain what Unibright is. I cover everything from their UBT token, Baseledger network, partnerships and much more. ✅✅✅ TIMESTAMPS ✅✅✅ 00:00 Intro 00:31 Unibright Company Miss...

Baseledger - a Blockchain for Baselining (Powered by UBT)   The Baseledger Development update is out for February 2022! Lots of great things inside, as well as a message from Unibright CEO Marten Jung about Baseledger, Clients and the much anticipate...

After the launch of the first Baseledger Testnet “Lakewood” in September, and updates on the Baseledger development documentation in December, a new Baseledger testnet “Plateau” has been developed and published. It represents the candidate for the la...

Curiosity Got This Cat This morning I was adjusting my portfolio, in regard to new acquisitions and changes I have made. I also decided to add some of my smaller holdings, which I typically don’t concern myself about much. However, it is actually a g...

In September, the launch of Baseledger Testnet was announced, Unibright's Blockchain for Baselining. The Baseledger Testnet “Lakewood” is up and running with 100% uptime for 3 months now, and the first findings and some decisions on the path to a M...

Unibright and $UBT at a glance