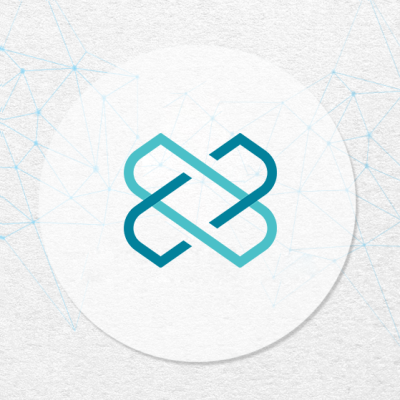 Loom Network (LOOM) is a layer 2 scaling solution that optimizes network performance with high performance decentralized applications (DApps) specifically in mind. Founded by Matthew Campbell and Luke Zhang in 2017, Loom’s vision is to build a universal layer 2 solution that connects all blockchains.

The network utilizes a Delegated Proof-of-Stake (DPoS) consensus algorithm and its native token, LOOM, is used by developers to pay for their DApps to be hosted on the network. However, as stated by the team, LOOM differs from networks like Ethereum in that developers only pay a flat monthly fee based on volume and users do not pay transaction costs.

Games usually fall under the category of high-performance DApps, and to that end, Loom Network already has several developers building games on its network, including titles like CryptoZombies, Relentless and Battle Racers. The rapid growth in the ecosystem could perhaps be attributed to the fact that Loom is already in production, offering developers the kind of network performance they need to successfully run their games.

Loom also integrates with some of the biggest blockchains, such as Ethereum, EOS, TRON and Cosmos, which is another strong measure of how much progress it has made in becoming a universal layer 2 solution.

Two other major features of convenience are Universal Transaction Signing, which permits access to Loom’s DApps from native wallets, and the fact that Ethereum DApps can be ported over in just a few steps.

The Loom team released a roadmap update in April 2019, which described the team’s path forward and the completed milestones up until then. Notable milestones of 2019 include launching the staking feature and the Loom Marketplace on the network’s PlasmaChain, a DEX for in-game economies; integrating the top 100 ERC-20 tokens with the PlasmaChain; and successfully executing a decentralized hard fork.

The focus moving forward is the PlasmaChain, including staking improvements, end-user adoption, greater interoperability and on-chain fees incentives. No dates have been specified.

Blockchain game Neon District will be released on the Matic Network

The developers of the blockchain RPG game Neon District announced the transition of the project to the Matic Network. The reason for this was the change in the activities of the previous partner - Loom. In early May, Loom Network, a previous partner...

Loom Network was recently proclaimed dead by Bruno Skvorc on Twitter. It was one of the first Ethereum based platforms to develop tools, games, and a sidechain for scaling the network. The token used to have a $400 Million Marketcap in January 2018 a...

➜ Website - https://badbit.games/ (Set LIGER as affiliate) Today i want to talk about Bad.bit Games which is a decentralized casino that is set to eventually become 100% decentralized service and DAO governed in future. It's running on Ethereum Bloc...

After the disastrous meltdown across the financial market due to fear of the Corona Virus epidemic, the recession time is also an amazing opportunity for those who persist being ready & full of cash. Everyone will be eyeing for an investment area whe...

Loom coin future price prediction based on its consensus used

Loom coin is a native coin of the loom network. As a loom network coin,loom coin can be transferred from one user to another without involvement of a third party .The transaction will reach the second peer upon being verified by nodes running the lo...

Loom coin future price prediction based on its liquidity

Loom is a cryptocurrency on the loom network that can be transferred from one peer to another where the receiver receives the sent amount upon the transaction being verified by the nodes running the loom network after which they receive...

Loom future price prediction based on Dapps built on its network

Loom is a native cryptocurrency of the loom network.Transaction of loom coin can therefore take place from one peer to another upon being verified by the nodes running the loom network.Because of this,it is considered to be a decentralized asse...

Loom Network is a "middleware" scalability solution for deploying dApps across multiple blockchain platforms. In its simplest definition, Loom Network is like a Platform as a Service (PaaS) on top of another blockchain. Using their own words, you ca...

Loom coin: A stakeable coin and a coin for allowing creation of Dapps applications on its plasmachain network

Loom coin is a native cryptocurrency created on top of Ethereum blockchain  network platform whose transaction takes place from one peer to another without involvement by the government thus is being considered to be a decentralized asset. Loom Coin...