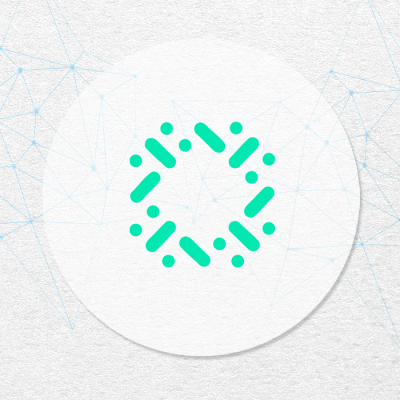 Particl (PART) is a cryptocurrency made by Ryno Mathee in July 2017. It is a decentralized privacy-preserving blockchain platform designed to allow dApps to be built in a highly secure and private way - the first major dApp release being a completely decentralized and anonymous marketplace.

Particl is creating a platform that will allow users to keep their privacy whilst conducting transactions online for goods and services. The Particl Marketplace is the first dApp to be released on Particle which is a P2P, e-Bay style marketplace which is selfly governed by its community of stakers. It allows users to trade goods and services in a perfectly anonymous and secure way using a decentralized, no-fee, Mutually-Assured-Destruction (MAD) escrow system. The escrow allows users to conduct transactions in a trustless manner through a theory of deterrence in the Nash Equilibrium. Most importantly, the marketplace will eventually become completely currency agnostic, meaning any cryptocurrency will be accepted.

Despite the fact that Particl is based on the Bitcoin codebase, it is a completely independent Proof-of-Stake blockchain which allows stakers to receive rewards for securing the blockchain, received from fees generated through transactions on the network and on dApps. Being built on the Bitcoin codebase allows for Particl to benefit from any BTC stability & security update and also makes it easy to fork any project from the BTC development community into the Particl ecosystem. It also means that Particl is a SegWit native blockchain, making it highly scalable and Lightning Network ready.

For Privacy, Particl uses a combination of Confidential Transactions (CT), which hide transaction amounts, and RingCTs, which hide amounts and addresses. Their PoS blockchain also introduces Cold Staking which allows users to delegate staking power to “staking nodes” which contain no coins. This allows users to secure the Particl network and receive rewards, whilst keeping their PART on a secure hardware wallet at the same time.

In anticipation of much-awaited updates to Particl governance model, we’re doing our best to support this transformation to a more decentralized nature of the whole Particl project. We’re welcoming these changes with open arms and firmly believe it...

What is Particl coin (PART), and it's Marketplace? What you need to know

Hi, Insight Readers. May this month’s best performing assets be ever in your favor. To the assets you are staking, to the shared masternodes we have, and to the whole MyCointainer community be delighted upon reading the results. This month’s report s...

This report covers the period 17th to 24th May 2020. Best Performing Staking Coins - Weekly Summary. Enjoy! Hi, Insight Readers. It’s all over greens again on this week’s best performing assets for 2 weeks in a row. Earnings are from 0.08% to 67.8...

This report covers the period 10th to 17th May 2020. Best Performing Staking Coins - Weekly Summary. Enjoy! Hi, Insight Readers. Presenting to you the latest Top 10 best performing staking coins with a splash of good news because we are back again...

Welcome back to our bite-sized series about core features of #private crypto Particl Project! Missed the first article? See Particl Basics #1: The privacy coin to get up to speed. We’re already familiar with Particl’s privacy coin, so let’s see how...

Hello and welcome ..to our new series of bite-sized “get to know Particl” articles. We’ll be introducing all of the innovative and privacy-friendly features Particl has to offer! Haven’t you heard about Particl before? That’s right — it is that pri...

Cryptocurrency took the financial world by storm as it paved the way for the next generation of digital/virtual currency. Banks and companies have taken advantage of this new kind of currency to give people the option for a different way to transact....

Welcome again. It took us a while to get back. The reasons are both simple and sad – communication with Altcoin vendors is very difficult and slow. Many Altcoins do not have any vulnerability policy in place. You have no idea who to contact and you h...

Originally Posted April 11th 2018 Particl Were going to be continuing our series today with another midcap token Particl. This token was suggested to me in the comments of one of my previous articles and I hadn’t heard of the project before. Naturall...