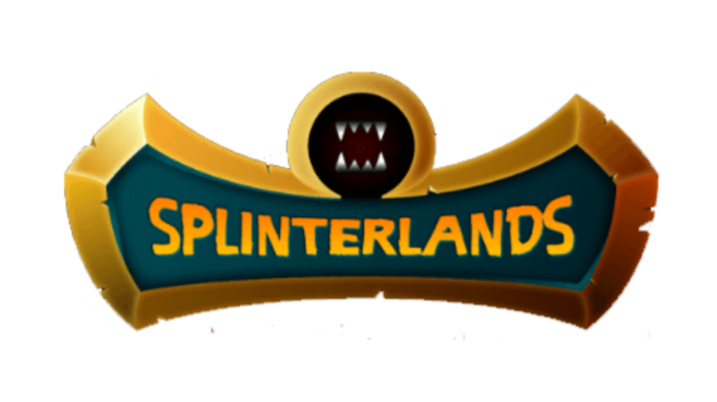 It has been around a week since I started playing, and writing, about Splinterlands.  The challenge, noted in the title, is to see how far I can get playing the game without spending money on it after the initial $10 purchase.  My first few days of playing came right at the end of a ranked season.  I managed to quickly run up from Novice to Bronze II before the season ended.  Not exactly a heroic feat, but still one I felt decent about completing considering my limited card power and short time playing the game.

Since that time, the game has also seen a big update in terms of ranked mechanics.  Your league is now locked to both ranking from wins/losses AND the power level of your collection.  As a relatively new player with the starting set, about a dozen common cards gifted from the friendly Discord community, my various daily rewards, and first Bronze II rewards my power level is only at 335 - locking me to Bronze III.

My rating and power at the end of 100 matches, having done 7 dailies and finishing 1 season.

I have played about 10 matches a day, with a win rate of 60%.  All of the matches are recorded on the blockchain, and you can view mine here, with a Peakmonsters account.  (If there's someplace else where they are all publicly visible, let me know in the comments!)  My DEC per win has gone up, either from the patch or some other adjustment, from a tiny fraction of DEC when I started to between 2-3 DEC a win.  I have been playing casually enough that my Capture Rate for DEC has been above 80% in almost all my games.  In total, I've gotten 220 DEC from a combination of matches and rewards, which pales in comparison to the 1,000 I won from commenting on one of Stever82's contest posts on the Hive.Blog/PeakD site.

Just to cover the daily challenges since I last posted: 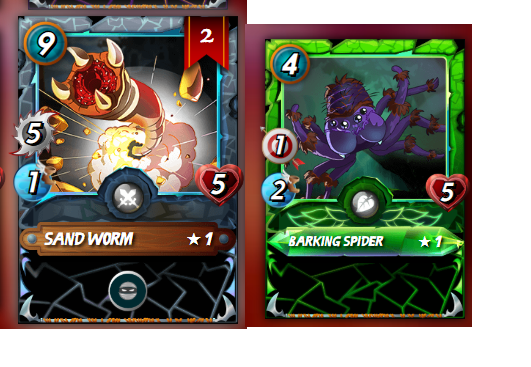 The Sand Worm has seen some play in my matches.

Playing today, most of my matches seemed to be with opponents of around the same rank.  However, there were quite a few matches where I was playing against opponents with almost double my ranking.  I even got paired against a couple of opponents with a ranking of over 2,000, which would have put them in the Gold league pre-patch.  I'm guessing it may just take a lot of games to work out how to match you, or perhaps I was just playing when there was no appropriate opponents online.  My own ranking would currently have me in Silver pre-patch, even with my relatively low card power.  Granted, I may be winning more since I am stuck in the same league as so many others with weaker collections.

Since the patch, I have also noticed that my ranking earnings have dropped.  Initially, I would get twice what my opponent lost.  It seems now to be a simple 1:1 ratio.  It also seems like I am not getting special rules matches anymore.  Maybe these are a feature of Bronze II and higher, but the standard rules set seems to be coming up more often than not.  Of course, it could just be random luck on my part.

To try to summarize my experience with the game so far, as a new player it feels very heavily geared towards a pay-to-win model.  A new pack costs 2,000 DEC, which would mean a bit less than 400 more wins at my current DEC income level.  Compared to Magic: The Gathering Arena or Legends of Runeterra, this is much slower pace of accumulating card packs.  Granted, the cards in those games are not tradeable, and are essentially worthless.

The game itself is fairly enjoyable early on.  It is interesting to try out different strategies, and try to figure out what is best to play with the various manna restrictions.  (Those 99 manna games!)  Games are fairly quick, both in terms of finding an opponent and the match itself, as the only really required part is setting up the team.  You can skip to the results once the match starts up.  Though I personally tend to watch them play at this point in my experience with the game.

Splinterlands could use a lot of minor clean up to explain things to new players.  It seems like I have to go over to the Discord to find things out, which usually half the time ends up with someone telling me that the information is on another site.  Apparently, I need to go to MonsterMarket.io to see the DEC price on individual cards for sale, though it seems like this really should be part of the in-game market interface.  Also, my full history is off on PeakMonsters.com, instead of being someplace in the application itself.  Even how the power level of cards is determined is really opaque, aside from a note saying that it is the DEC value of your cards - which in and of itself is nowhere to be found.

Right now, making headway towards advancing seems pretty far out of reach.  Other than just doing the daily quests to see what I get, my options are to try to save up enough DEC to buy 1 pack or pick up cheap common cards off the market.  I feel like the latter might be a more efficient way of increasing my accounts power rating, but it's hard to say as, again, it's unclear how that is determined.  Saving up for a pack seems like more of a gamble.  I might get something good, worth far more than the DEC spent, but I could also just get far fewer cards than I could buy off the market for the same investment.

Let me know what you think in the comments and I'll let you know how things turn out in my next Splinterlands update.