What Is Zilliqa? - [A Comprehensive Guide to Understanding Zilliqa]

So, what’s the history behind the blockchain scalability problem, and how exactly Zilliqa is trying to improve it? Let’s find out with this article!

The Classic Scalability Problem With Blockchain 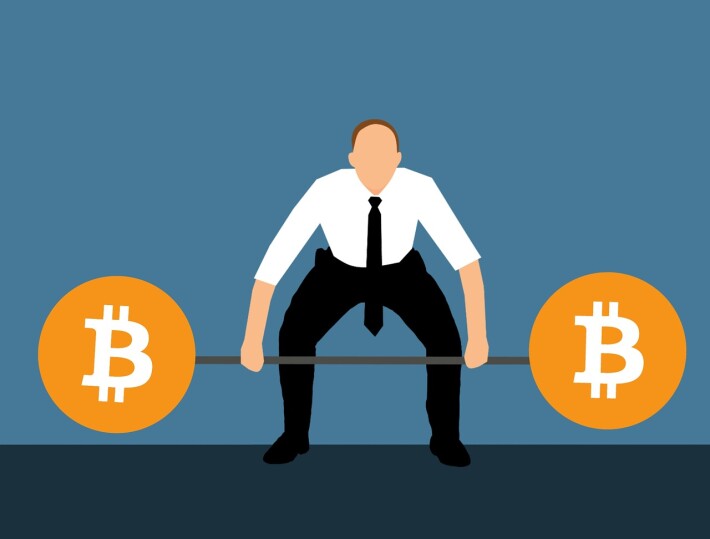 Blockchain has solved one huge problem that has been haunting our traditional financial system. That problem is called “trust.” Yep, a trustless and decentralized system is a good counterpunch against the centralized systems that have abused our trust over and over again. However, the blockchain system itself has one classic problem called ‘scalability’. For you who are not aware of what it means, basically, blockchain has to reach consensus among different nodes. That’s why it’s ‘decentralized’ and not ‘centralized’ where one single entity controls all the decisions. In a decentralized system, however, the bigger the community, the harder it is to reach consensus.

Imagine it like this. You are with five different friends. To reach an agreement, you only need your other friends to ‘agree’ with your decision. That’s easy, right? Now imagine if you have to reach an agreement with 5000 different people. The whole thing suddenly becomes much slower because it’s impossible for all the 5000 individuals to be online at the same time. This is what’s been happening with blockchain. The more popular a blockchain is, the slower it becomes.

In its peak popularity two years ago (2017), two of the most popular blockchains, Bitcoin and Ethereum, both were struggling with their sudden spike of traffic. A lot of people started using them, sending different transactions here and there, and suddenly they became very slow. Transaction fees kept on rising due to the clogged networks. Everything became unusable.

Zilliqa’s Response To The Problem 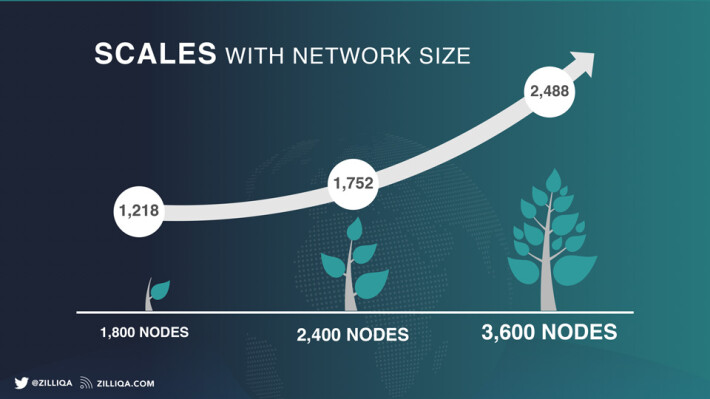 As mentioned earlier, Zilliqa’s response to the scalability problem is with sharding. Zilliqa’s idea of sharding is quite complicated as it involves re-imagining the blockchain from zero. They have implemented a hybrid consensus protocol to improve the rate of production of every 600 new nodes. Theoretically, this will solve the scalability problem in a significant way. But, in reality, the broadcast feature in the network can encounter issues when there are over a million nodes. Of course, we are still very far away from a million nodes. So, the Zilliqa team still has plenty of time before they have to start solving this problem.

For example, when there are five shards, each shard would need to process one-fifth of the transactions inside the same blockchain network. The idea is that the whole system will be relatively stable, regardless of whether we have more demands or not. When these shards already process every microblock, they are combined back into a single full block. This process is called DS epoch.

Not only about the sharding technology, but Zilliqa also uses a combination of two different consensus algorithms to speed up transactions in the blockchain. They use Proof of Work (PoW) and Byzantine Fault Tolerance (BFT). To prove a node’s identity, Zilliqa uses proof of work like more traditional blockchain networks (i.e. Bitcoin). However, when the node is assigned to a shard, the practical BFT consensus is the one that they use.

If you want to know more technical details of Zilliqa, you can read their white paper.

So, the idea of Zilliqa to solve the scalability problem with sharding is excellent. Now, let’s talk a bit about its history. Zilliqa was first launched in June 2017. The team is based in Singapore. The project was founded by Xinshu Dong, Yaoqi Jia, Max Kantelia, and Amrit Kumar. The project then initiated an initial coin offering (ICO) in early 2018. At the time, they successfully gathered $22 million from the ICO participants.

From the time of their ICO until late 2018, Zilliqa token was just an ERC20 token (part of Ethereum blockchain). In January 2019, finally, Zilliqa launched its mainnet, and the tokens were swapped to Zilliqa’s native cryptocurrency in its own blockchain. The transactions were enabled in the same quarter. In Q2 2019, Zilliqa launched its smart contract creation platform and its own programming language called Scilla. 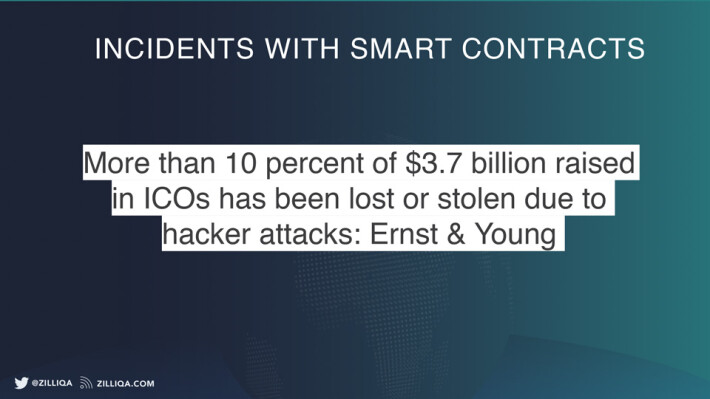 While the Zilliqa team is legit and they are trying to solve the real issue in the blockchain (scalability), but keep in mind that it’s also targeting the same market that everybody has been chasing. Yes, to become the ‘face’ of decentralized apps and smart contract solutions, it’s not that simple. While the Zilliqa team fully focus on development (and that’s good) but they still need to prove themselves in terms of marketing and branding before people start adopting their blockchain solution.

For example, look at the other newer generation blockchains. There are other blockchain systems with better consensus mechanisms and scalability than Ethereum. But until today, none of them has been ‘truly’ adopted by the mainstream industry. Most people, when they think of launching a smart contract, still ‘prioritize’ Ethereum or EOS or Tron. Even if your technology is better than these platforms, it’s not that easy to convince people to start using your blockchain platform.

Fortunately, there’s no known controversy that can damage the Zilliqa project and its core team. It looks like the Zilliqa team is fully focused on developing the right blockchain solution that is scalable and can be massively adopted by the financial industry.

The use cases of Zilliqa’s native cryptocurrency (ZIL) is just the same with the use cases of other native cryptocurrencies in smart contract blockchain networks. ZIL coin works as a mining incentive, to pay contract execution gas fees, and also to pay transaction fees. It works just like Ether (ETH) in the Ethereum blockchain. It’s not surprising considering the Zilliqa blockchain itself was inspired by Ethereum.

ZIL Coin In The Cryptocurrency Market

At the time this post was written (October 11st, 2019), one ZIL coin was worth $0.005953 USD. The market cap was $51,714,021 USD, with more than $9 million daily trading volume. ZIL was comfortably sitting on the 78th position. There were time periods when ZIL performed much better in the crypto rankings, but unfortunately, there’s no guarantee a project can always maintain its hype among the crypto community.

You can trade, buy, and sell ZIL coins with various popular crypto exchanges such as Binance, CoinEx, BitMax, OKEx, Huobi, Upbit, or DigiFinex. Among all the crypto exchanges where you can trade ZIL, apparently, only Upbit has enough liquidity to trade ZIL directly with a fiat currency (KRW/Korean Won).

Zilliqa is doing the right thing from the development perspective. Their mainnet launch is doing generally well, and it is not impossible for them to be massively adopted by corporations. However, it’s still very early to assume they would eventually come out on top. Their competitors include the heavy-hitters of the blockchain industry, and it would not be easy for them to ‘standout’ despite the fact that they are technologically sound.