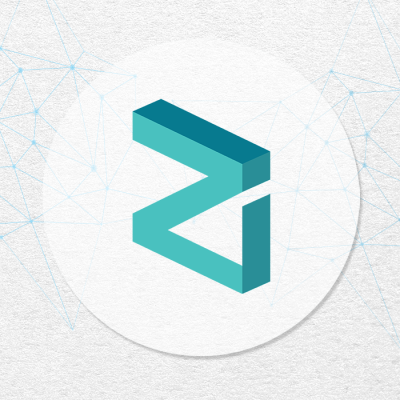 Zilliqa, launched in 2017, is a project that has received a lot of attention for its technical solutions to prominent issues with current problems with blockchain development including scalability and security.After launching through testnets in 2018, Zilliqa launched its mainnet version in January 2019.

The Zilliqa network aims to address the aforementioned problems with the sharding technique - an upgrade that the Ethereum project is itself working on. Sharding is a solution to the issue of scalability, and the team states that Zilliqa can achieve 2,488 transactions per second.

The team have also designed their own language named Scilla. The team claim it is more secure than other programming languages, and will not result in the loss of funds through a smart contract exploit. The last distinct feature of Zilliqa is its consensus algorithm, which is a more eco-friendly variant of the Proof-of-Work algorithm, and also rewards miners in a more distributed manner.

Zilliqa has also been working on establishing an ecosystem on the platform, stating that they are working on enabling developers to create marketplaces, peer-to-peer trade platforms, exchange mechanisms and much more. The list of ecosystem partners include: Mindshare, a dapp that addresses issues with digital advertising; and Bluzelle, a high security decentralized database. The team also offers grants to developers to help them build new applications.

Zilliqa is currently focusing its development efforts on 3 major initiatives: improvements to the core protocol, enhancements to the Scilla development language and support for higher level languages. These milestones are slated for completion by the end of 2019.

On Septemper 15, 2022, we had AMA session with Kevin Meyer from Zilliqa Ecosystem, and here is a recap. Zilliqa is your portal to the blockchain world, enabling you to create user-friendly dApps more easily. If you missed our live YouTube AMA, you ca...

Blockchain for Businesses: 5 Cryptos for Enterprises

Companies have recently realized the advantages of blockchain technology. However, at the very adoption stage, they face a number of significant obstacles which include a lack of reliability, technical difficulties during integration, privacy issues,...

Hi friends hope you are well, and welcome to the new update on the Zilliqa coin. On a weekly time frame, Zilliqa has tested a previous falling wedge resistance as a support and there is still a big bullish divergence on this chart. On a daily time...

Hi friends hope you are well, and welcome to the new update on Zilliqa. On a weekly time frame, after breaking out a big falling wedge pattern, Zilliqa was rejected by $0.23 resistance and re-entered the same wedge. For almost two weeks, Zil has b...

Where to stake Zil for profits and secure with Ledger?

Hello fellow publisherX0'ers, Crypto Fam.…  Been a long time since I wrote an article on my favorite publishing crypto fam blog, as I have been out in the field on Covid-19 vaccination duty for past 2 years.  Now, I have time to read up on w...

Will Zilliqa Really Shake The Crypto Market? My answer is yes, because I observed the potential of Sandbox ($Sand) and mana when they launched their projects. In crypto, you need to just invest in the right projects when you invest in them. I'm a lit...

Hi friends hope you are well and welcome to the new update on Zilliqa coin.   Broke out $0.045 resistance: Zilliqa was moving between $0.037 support and $0.045 resistance levels and now finally, Zil has broken out the resistance. Down channel: On...

Hi friends hope you are well, and welcome to the new update on Zilliqa.   Different support and resistance levels: On a 4-hr time frame, Zilliqa is moving between the resistance and support of $0.045 and $0.037 and was recently rejected by the $0....

$0.03 support and inverse H&S:Hi friends hope you are well and welcome to the new update on the Zilliqa coin.On an hourly time frame Zilliqa broke out a triangle but after getting rejected by $0.037 resistance it has tested the $0.03 support and bou...