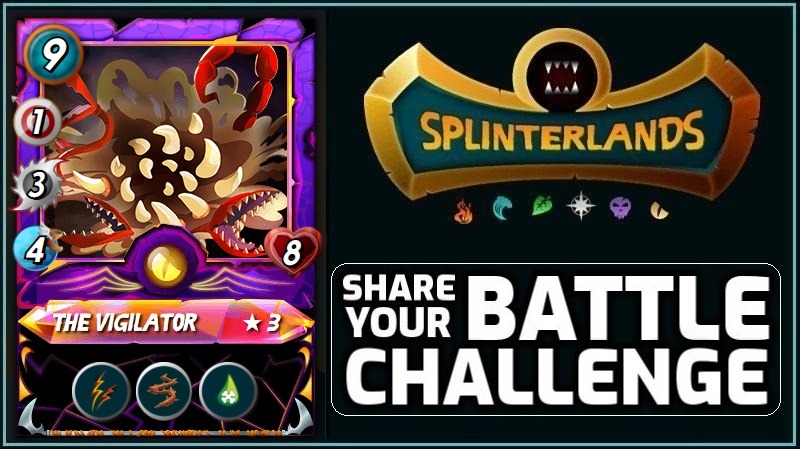 The Share Your Battle Challenge in Splinterlands this week once again centers around Dragons...

I have been wanting to highlight This Vigilator card for some time as under the right game rules it really is able to crush the opponent. Cards that both have Melee and Ranged attacks are just super powerful when played in matches where all melee monsters can attack from any position. The double strike combined with the increased Melee attack just deals crazy damage each round. From my experience, there is not much difference between level 2 and 3 as the poison rarely ends up as an effective ability since monsters most of the time get killed right away. This is also the first time sharing a Brawl Battle which usually are more fun than the Ranked games and this one also shows how important and overpowered Speed can be in Splinterlands. 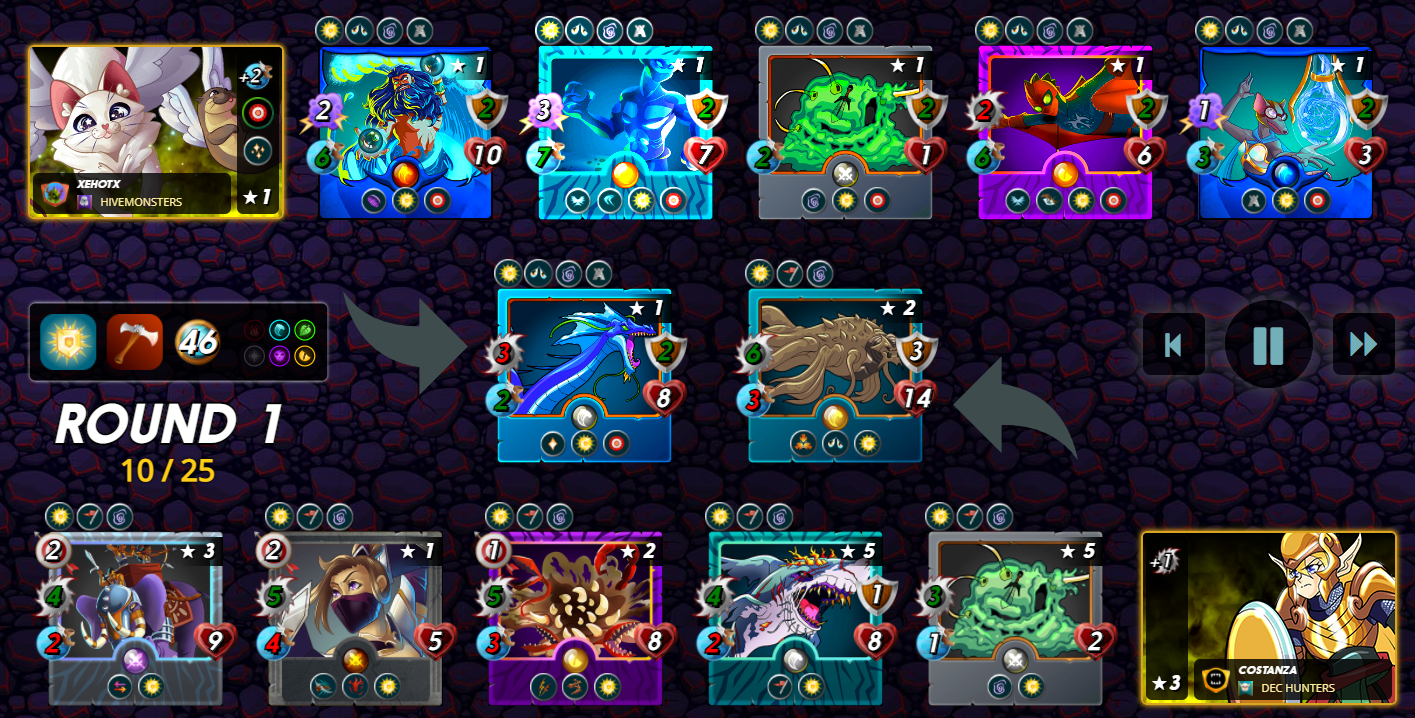 So this brawl match both shows the power of Melee+Ranged attack monsters (My Deck) and the power of Speed (Opponents Deck). With 46 Mana to spend and Melee being able to attack from all positions with all monsters having the Divine Shield, I opted for the Daria Dragonscale summoner to maximize the Melee Damage allowing me to also use The Vigilator. The Water class cards are really powerful as they include a The Kraken which reduces the melee attack of the opponent by 1 and the Demented Shark which increases the melee damage of my monsters by 1. The 2 other Melee+Ranged attack monsters I played were the War Chaang and the Legendary Gladius card Tatyana Blade which I guess was the first time I ever used it. With 1 mana left I opted for the Creeping Ooze which did come in useful reducing the Speed of the opponent monsters by 1.

It was a really difficult battle despite my opponent only having level 1 cards. He (or she) did have the legendary Kitty Summoner which gives cards +2 Speed, tank heal also allowing Magic damage to miss. This combined with high-speed monsters made it almost impossible for me to get hits in. His Phantom of the Abyss with 7 speed + Dodge and Fly gave my 3 speed monsters (7-3) x10% +25% +25% = a 90% Chance to miss (If my calculations are right). I was lucky to have the Gladius card who had more chance to hit it which allowed me to ultimately win the match.

This for sure was a fun battle showing the potential of the game and how much a challenge it would be if everyone was just on a level playing field since there are so mant combinations and strategies possible. Unfortunately, in 90% of the battles this completely fades away because of the extreme level of Pay2Win.