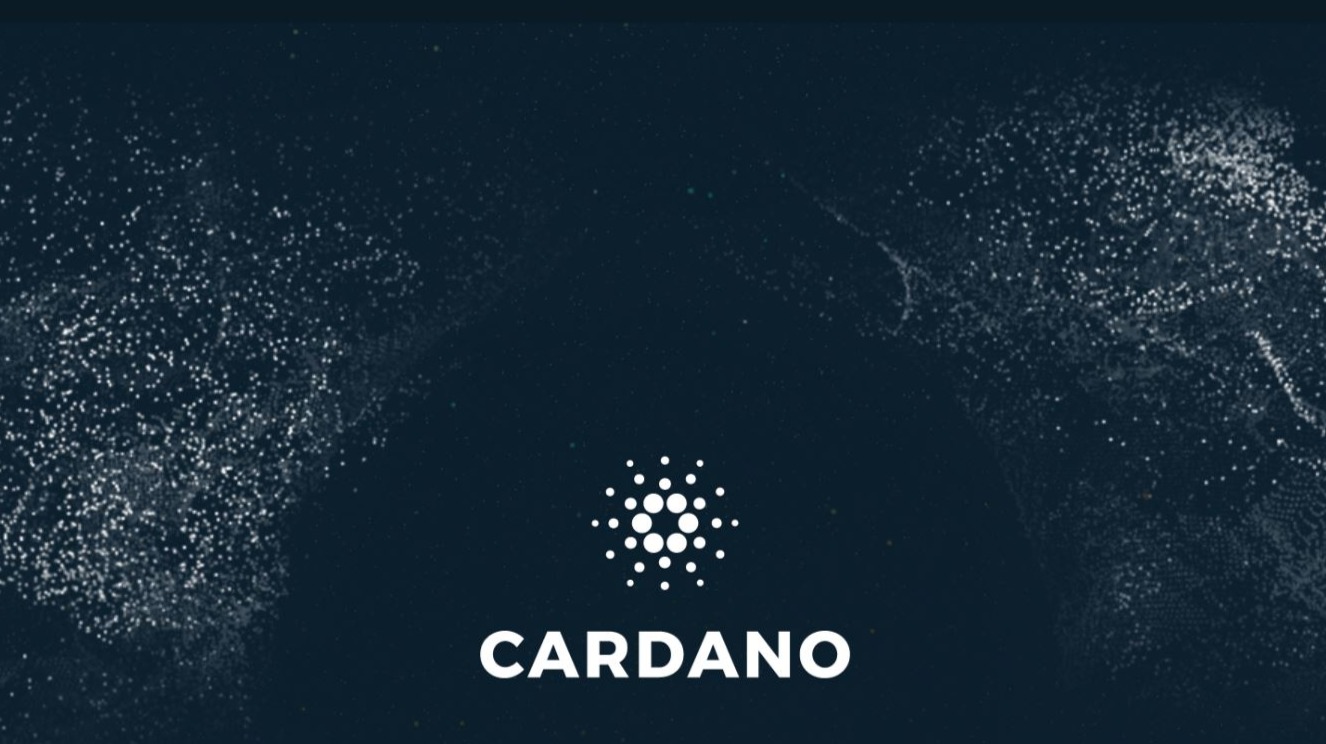 Hey guys :) I’m back with another full list of partnerships! This time for the popular decentralized public blockchain, smart contract platform, and cryptocurrency project – Cardano (ADA).

In this piece, I dive into all of the partnerships and collaborations I could find for Cardano and give you all the juicy details worth knowing about.

But before we dive in, I’ll give you a quick summary of the open-source Cardano project and ADA cryptocurrency:

Cardano is developing a smart contract platform that aims to be more advanced and more scalable than any blockchain protocol previously developed. It is the first blockchain platform to evolve from a scientific, philosophy, and a research-first driven approach.

As for ADA, it is the native cryptocurrency of the Cardano blockchain and can be used to make fast, direct, and secure transfers of digital funds. ADA aims to become the future of money and will play an integral role in securing the Proof-of-Stake (PoS) Cardano blockchain.

Now that we’re caught up on what Cardano and ADA is, let’s dive into the project’s full list of partnerships and collaborations.

Oh, and if you haven’t already seen my previous partnership articles on Brave & BAT and Hydro (HYDRO), be sure to check those out as well.

Organizations Contributing to the Development of Cardano

Organizations Contributing to the Development of Cardano:

Input Output Hong Kong (IOHK) is a leading cryptocurrency research and development company that is contracted to work on the development of Cardano until 2020. The IOHK organization studies new tools and paradigms for cryptographic research and the architecture of Cardano. It is responsible for actively developing Cardano and completing all milestones on the Cardano roadmap.

IOHK was founded by Charles Hoskinson, who is also one of Cardano’s founders. The organization is committed to researching and developing peer-to-peer innovations to provide new financial services to the world. IOHK actively works on both Cardano (ADA)and Ethereum Classic (ETC).

Like IOHK, Emurgo is another key partner for Cardano that’s dedicated to developing, supporting, and growing Cardano’s decentralized blockchain ecosystem. Emurgo is an investment-focused organization that directly invests in Cardano-related startups and develops commercial partners interested in using blockchain technology.

Emurgo helps to drive the adoption of Cardano and adds value to ADA holders by building, investing in, and advising projects or organizations that adopt Cardano’s decentralized blockchain ecosystem. Emurgo employs more than 40 people across 7 countries and plays a critical role in the development and success of Cardano.

Like the IOHK and Emurgo partnerships, the Cardano Foundation is a separate entity from Cardano but is closely tied to the research, development, and adoption of Cardano. The foundation helps to support and grow Cardano’s decentralized blockchain ecosystem and has the following goals:

The Cardano Foundation is based in Switzerland and has the core responsibilities of helping, overseeing, and supervising the development of Cardano and its blockchain ecosystem. 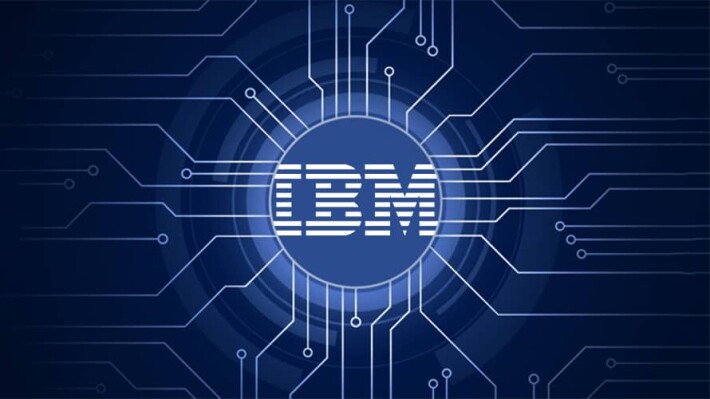 January 17, 2020: Charles Hoskinson revealed in a video that Cardano has been working on a software distribution project with the IBM Research team. No further details were provided.

IBM Research is the research arm of IBM, an American multinational technology company. IBM Research focuses on pioneering the most promising and disruptive technologies including the future of AI, blockchain, and quantum computing. IBM Research is one of the world’s largest and most influential corporate research labs. 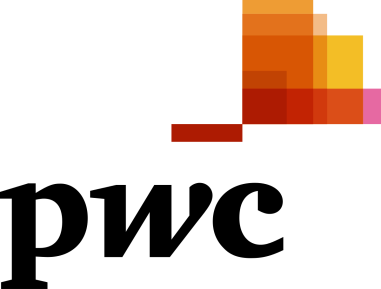 January 27, 2020: Charles Hoskinson revealed in a Livestream that Cardano will be working with professional services network PriceWaterhouseCoopers (PwC) to generate a new commercial strategy. Hoskinson said that PwC will be consolidating research information from Cardano.

PriceWaterhouseCoopers (PwC) is a multinational professional services network of firms operating as partnerships under the PwC brand. The global network of firms delivers world-class assurance, tax, and consulting services to businesses.

Cardano and New Balance have a strategic collaboration which resulted in the first commercial deployment of its blockchain – as retail customers can now log their purchases of athletic footwear on the Cardano blockchain. All goods that are sold by New Balance can now be digitally proven to be authentic.

October 31, 2019: Cardano has teamed up with COTI Network to offer an ADA payment processing solution for merchants. COTI Network’s ADA payment solution can be integrated into a website via an ADA Pay button or a QR-based point of sale (PoS) system and it will allow merchants to accept near-instant ADA payments that can be settled into 35 fiat currencies.

COTI Network is an enterprise-grade fintech platform that provides seamless digital payment solutions for companies. COTI empowers organizations to build their own payment solution and digitize any currency to facilitate fast and inexpensive payments.

February 14, 2018: Cardano and SIREN LABS entered into a strategic partnership that will see that the Cardano blockchain protocol is integrated into the FINNEY smartphone and SIRIN OS. As well, Cardano’s ADA cryptocurrency will be available within the FINNEY cold storage wallet and  SIREN LABS ecosystem. 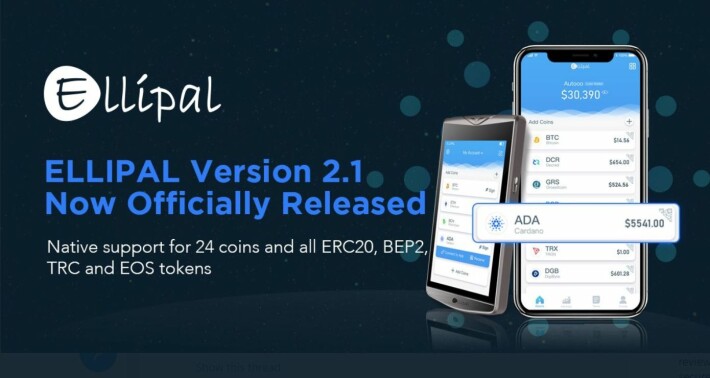 Ellipal Hardware is a cryptocurrency wallet company that provides a safe and convenient cold storage wallet solution that works seamlessly with your mobile phone. Ellipal’s wallet is air-gapped which means it’s completely connection free with protection against all remote attacks.

August 15, 2019: Cardano and Konfidio have entered into a strategic partnership to drive blockchain business model platform adoption. Both entities will try to accelerate blockchain models with corporations, small and medium enterprises (SMEs), and governments. The primary purpose of this partnership is to enable real-world business cases on the Cardano blockchain.

Konfidio is a company builder and venture accelerator that focuses on leveraging blockchain technology to build decentralized applications and business models for both permissioned and permissionless distributed systems. The company has a focus on enterprise-grade blockchain businesses and applications.

June 26, 2019: Cardano has partnered with Algoz to provide liquidity services and trading solutions for Cardano’s ADA token. The partnership has increased ADA’s liquidity and its accessibility.

Algoz is a Fingenom group company that provides projects, exchanges, and individuals with liquidity solutions and trading services for crypto assets. Algoz’s mission is to bridge the gap between the established algorithmic trading world and the nascent crypto economy, to make it more progressive, reliable and accessible.

May 10, 2018: Cardano secured a major partnership with Metaps Plus to integrate its ADA cryptocurrency into the MeTaps Plus mobile payments platform. With this partnership, ADA can now be used in over 33,000 offline franchise stores in the Korean market.

Metaps Plus is one of the largest mobile payment platforms in South Korea. The Metaps Plus app services 300,000 daily active users, achieves 100 million app downloads per year and is partnered with nearly 40,000 merchants.

December 5, 2017: Cardano partnered with Z/Yen Group’s Distributed Futures practice as a research partner on blockchain applications and to help the development of the Cardano Protocol and its ADA cryptocurrency. The partnership also led to the launch of proof of concept projects and pilot testing.

Z/Yen Group is a leading commercial think tank based in the city of London. The group helps its client organizations make better choices that enhance their reward, reduce their risk, and increase certainty. The Z/Yen staff consists of 25 full-time staff and over 300 associate experts.

January 24, 2020: Cardano has joined a consortium with the European Union called Priviledge to study decentralized software updates. By joining this consortium, Cardano will conduct and publish research on DLT.

Priviledge Consortium focuses on innovative solutions and the development of distributed ledger technology (DLT). The consortium includes members from all fields including scientific universities and companies from the sector such as IBM or GuardTime.

January 21, 2020: Cardano accepted an offer to implement a Proof-of-Concept integration with ScanTrust. Together, Cardano and ScanTrust will co-develop “Cardano Connector”, which is a blockchain-enabled product provenance and authenticity tool.

December 18, 2017: Cardano offered Runtime Verification a research and development contract to design a next-generation virtual machine and a universal language framework to be used for future blockchain technologies.

Runtime Verification is a University of Illinois start-up founded by computer science, Professor Grigore Rosu. The startup designs formal models for high-value application domains and then uses these models to develop domain-specific products and services.

The Korea Blockchain Contents Association (KBCCA) and the Korea Mobile Game Association (KMGA) are both approved by the South Korean Ministry of Science and ICT. South Korea is the fourth-largest mobile gaming market in the world and also has the highest smartphone penetration rate in the world.

April 30, 2019: Cardano’s IOHK is working with the Ethiopian government to help them build a new digital payment system for the nation. Cardano will do this through its Atala project, which is an enterprise blockchain solution that helps governments in developing nations build systems for voting, property registration, and supply chain.

The Ethiopian government is the first government to be implementing Cardano’s Atala blockchain framework for digital payments and also plans to combine the payments system with an identity card.

June 17, 2019: Cardano’s IOHK has secured a partnership with the government of Georgia who signed a memorandum of understanding (MoU) with IOHK. The MoU will see that IOHK implements Cardano blockchain-enabled projects across business, education and government services.

Cardano and the Georgian Ministry of Education and Science will collaborate on developing blockchain projects that support fintech businesses in the blockchain and digital asset sector.

February 24, 2017: Cardano’s IOHK partnered with Scotland’s University of Edinburgh on a new research lab dedicated to blockchain technology. The partnership will see that undergraduates and Ph.D. students conduct a range of blockchain-related research projects.

The University of Edinburgh is the sixth oldest university in the English-speaking world and is one of Scotland’s ancient universities. The university consists of 5 main campuses and is considered to be one of the world’s top universities.

Hope you enjoyed that read :) Let me know if I have missed any partnerships or collaborations in the comment section below. 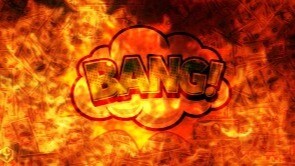 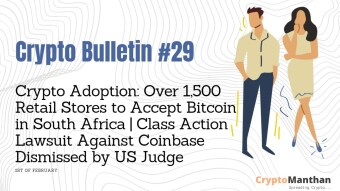