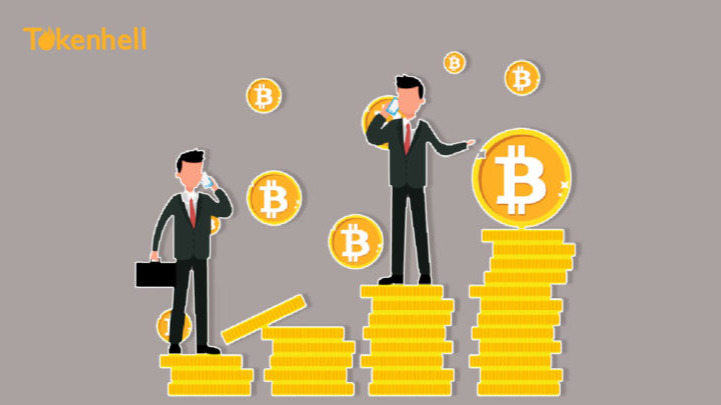 Bitcoin settles above $8,800, the recovery stalls

BTC/USD hit the intraday high at $8,923 and retreated to $8,822 by the time of writing. The first digital asset has lost 1% since the beginning of the day, though it is 2% higher from this time on Monday. BTC is moving within a short-term bearish trend amid low volatility.

The ETH/USD pair is currently trading at $228.8 (+3.50% on a day-to-day basis). Ethereum has retreated from the high of $232.60 hit during early Asian hours amid growing short-term bearish pressure.

Chart of the day:

Bitcoin regained some ground on Monday, which caused a new wave of speculations about its safe-haven features. According to Don Guo, chief executive officer of Broctagon Fintech Group, Bitcoin price may skyrocket as it has no direct correlation with international trade tensions or geopolitical issues.

Teddy Fusaro, the COO of Bitwise Asset Management, says Bitcoin price is the last thing that worries him nowadays. The expert is concerned by the government's ability to contain coronavirus and mitigate its economical consequences. Once the market absorbs the crisis, it will be possible to figure out how Bitcoin is correlated with traditional assets, Fusaro added. He believes this year is going to be very volatile as traditional markets will have to undergo a paradigm shift.

Since 2017, hackers stole about $9.8 billion in cryptocurrency, according to the recent research paper provided by KPMG. The experts noted that lax security standards and erroneous code attracted cybercriminals and made digital assets easy prey. However, the arrival of institutional players increased the importance of safety. Commenting the report, Sal Ternullo, co-leader of KPMG’s crypto-asset services, said:

Institutional investors especially will not risk owning crypto assets if their value cannot be safeguarded in the same way their cash, stocks and bonds are.

Unlike cash or other types of bearer instruments, users do not hold the assets. Instead, they keep private keys - a  random string of characters that unlocks access to a digital wallet. Basically, if a user loses the keys, or they are stolen, their assets are gone forever, That's why the industry is concerned with key custody services.

As crypto-assets proliferate, custodians have a tremendous opportunity to profit -- both by earning management fees for delivering straightforward custodian services, and also by offering adjacent services only possible in the emerging crypto ecosystem, KPMG writes in the report.

RippleNet will enable us to stimulate an enhanced payment experience that will allow our corporate clients to manage their finances in a more efficient way. We will always look for the next best thing for our customers as part of our commitment of being the best financial partner for their business and personal needs.

The German regulator Federal Financial Supervisory Authority (BaFin) classified cryptocurrency as a financial instrument. The financial regulator cryptocurrencies as a “a digital representation of a value that has not been issued or guaranteed by any central bank or public body". Notably, the regulator admitted that it may be accepted as a medium of exchange even if it does not have legal status.