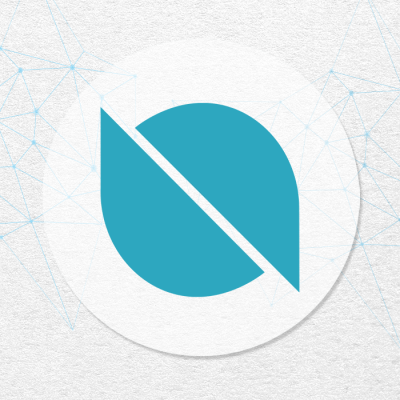 Ontology (ONT) is a cryptocurrency made by OnChain in 2017. It is a high-performance blockchain/tangle project and distributed trust collaboration platform that aims to bring the blockchain to the enterprise world in a user-friendly way.

Ontology aims to simplify the blockchain space, allowing businesses to use blockchain technology even if they have no prior knowledge of distributed ledgers. This will help businesses and large-scale enterprises increase their efficiency without the need to hire highly specialized blockchain developers.

With the tools provided by Ontology, businesses can create and customize their own high-performance private blockchains right on top of the Ontology network, which will also be interoperable with the Ontology mainchain and other blockchains on the network if needed to be. The fact that Ontology creates separate blockchains for each solution allows the entire network to scale to a very high-performance, something that large-scale enterprises would need on the blockchain. These private/public blockchain will all be able to host dApps and will be secured by a new consensus mechanism known as Verifiable Byzantine Fault Tolerance (VBFT), a new mechanism which powers the Ontology Consensus Engine vis Smart Contracts by combining elements of the Proof of Stake (PoS), Verifiable Random Function (VRF) and Byzantine Fault Tolerance (BFT) consensus mechanisms.

Ontology did not conduct a pre-mine or an ICO, instead, they elected to airdrop 20 million ONT tokens to NEO holders during March 2018. Onchain, the creator of Ontology, has also created the NEO blockchain - although these two projects, ONT and NEO, have been promised as completely seperate entities.

In this tag you can discover Ontology (ONT) news, price prediction, opinion and analysis created by users.

Hello everyone Publish0x community! Welcome back in this new article of my “Easy & Short Cryptocurrencies Made Accessible” area. In this article we talk about more features of Ontology! In the last E&S article I introduced you Ontology (ONT) and I sa...

Hello Publish0x community and welcome back in this new article of my “Easy & Short Cryptocurrencies Made Accessible” area. With this article we are going to introduce the 34th cryptocurrency of this section with the 74th “E&S” article. Today we will...

Project Babylon Commences (and a Certain Man's Word isn't Worth Much)

At time of writing, five hours have passed since I successfully unstaked my Ontology (ONT), exchanged it for Solana (SOL) and begun the process of staking it for the next year (twelve months). Whatever is there at the end of the year will get convert...

$611 million was stolen from PolyNetwork, an interoperability project that aims to connect all of the major chains. One of my favorite commenters, Boxmining, was caught in the hack. This is a guy who has been in bitcoin since the retail mining days (...

The Biggest Problems with Crypto

I'm having a little ordeal that I want to share, but here's the list for the TLDR:   Unknown (and high) transaction fees which leads to ⬇️ Leaving behind small balances that are unusable because of ⬇️ Transaction minimums. And it still seems like...

My personal strategy - in pursuit of a safe way of investing

DISCLAIMER: this is not financial advice. I'm sharing my personal investment strategy solely for educational purposes only. How it started I got into crypto about 4 years ago. I started, as many of us did, by creating an account on Coinbase.com. My v...

Rolling Stocks: The Existence, Being & Becoming Of Ontology Coin

Significant price surges are amusing. Everyone wants to hop on and have a ride to the moon: some people are driven by FOMO, some HODL for the blind faith, the others believe in DYOR. In the “Rolling Stocks'' series, we overview the hottest outbreaks...

The rising star of the summer: ONTOLOGY (ONT)

ONT, which fell sharply in 2018, seems to be on its way back to its old days. ONT, which reached an all-time high in May 2018, remained flat for 3 years. When the daily chart is examined, it seems that a bowl is formed in the ONT. It is showing the s...

Next up in our series of interviews with up-and-coming DeFi projects is Wing Finance, a credit-based cross-chain DeFi platform built by the Ontology (ONT) team. We asked them about the fundamental pain points they are addressing, unique features and...

1) Polkadot (DOT token) An open-source sharding multichain protocol, Polkadot facilitates the cross-chain transfer of any data or asset types, not just tokens. DOT is the native token of the Polkadot platform. Every activity carried out on the platfo...