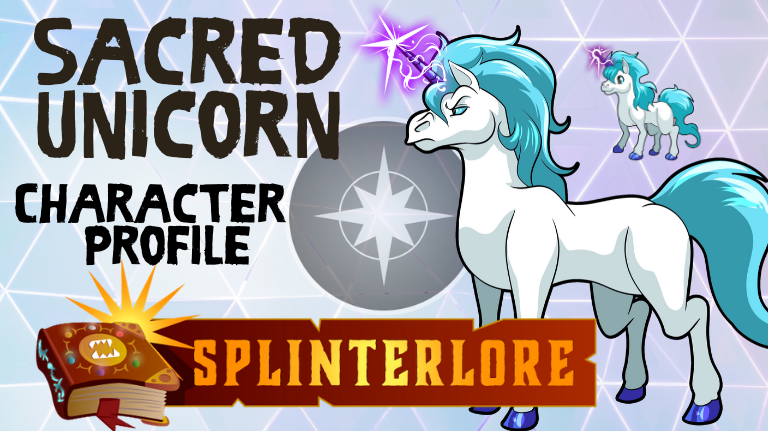 They're sacred to a fault,
Their cuteness makes you cringe,
And if you kill a Unicorn
The Planet takes revenge. 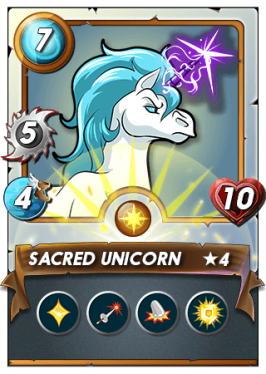 Habitat - The white Unicorns of the Life Splinter are also known as Sacred Unicorns. They are mostly separated from the Khymian people by the eastern wall of the Tower Mountains. There in the Korsigon Grasslands, the Unicorns run free. The Unicorns of the Earth Splinter are an entirely different breed; a white Unicorn has never been seen in Anumün, nor has a brown Unicorn ever been spotted in Khymeria. There is a narrow pass south of Timbersea through which the Unicorns can find their way to the civilized lands, and lately they have been entering Greater Khymeria one family at a time.

Size - 82 chickens. The Sacred Unicorns of the Life Splinter are smaller and leaner than the brown Unicorns. Fully grown adults are the size of ponies, but they have little need for bulk or braun. People know that horrible things happen to anyone who kills a Unicorn.

Lifespan - Unicorns do not live especially long or short lives. Since they are rarely killed by unnatural means, nearly all Unicorns are eventually able to die of old age at somewhere between thirty and forty years old. There is no such thing as a Sacred Unicorn corpse; within moments of death, Unicorns physically vanish from this realm leaving no trace except the horn. These horns are collected from fields and sold throughout the Splinterlands as powerful magic bolsters.

Weapon - In tournament battle, a Unicorn’s attitude is its greatest weapon against the larger and stronger monsters of the Splinterlands. They know not when to quit; when placed on the frontline, a Unicorn relentlessly tramples its opponents no matter their size. The horn of the Unicorn also possesses great magic, which appears as a kind of pink lightning converging at the tip of the horn. The first time a Sacred Unicorn was summoned to battle, it was called by Tyrus Paladium. The laughter from the filled stands was uproarious as the adorable little white Unicorn faced off against the Lord of Darkness himself. The Dark Lord was laughing as well, until the Unicorn knocked his block off in a single charge. The laughing stopped. Now, the Lord of Darkness wants a Dark Eternal Unicorn of his own.

Diet - Unicorns are grazing animals. Nearly everything eaten by the Sacred Unicorns grows from the ground in the Korsigon Grasslands. Tyluk bushes, blum shoots and cypyrus flowers are some of their favorites, but there is also a plethora of nuts, seeds and berries. Schools of Khymeria teach students that Unicorns eat rainbows and breathe stardust, instilling in them the idea that Unicorns are divine and sacred. It’s for the good of the children, but the sacredness is heavily exaggerated.

Allies - There are some in Khymeria who are welcomed by the Unicorns into their domain, but they are only the oldest of the Spirit Guides. The best example is Herb Kharathy, the famous Spirit Guide who lives alone on the southern edge of Timbersea. Herb occasionally treks through the mountains to spend some days in the Grasslands with the Unicorns, who share secrets with him. They are also friends of the Llama Mages who live near Crystal Forest. The two races are close relatives, even though they rarely cross paths.

Enemies - Unicorns have a natural hatred for all things dark. Those in black cloaks or those who have their faces covered by darkness are the first targets for which a Unicorn will aim. This hatred has never been more clearly observed than when a Unicorn is standing off against a Death team in the Mount Mox Arena. The Unicorn scrapes its hooves on the ground and bucks as it scowls at the enemy through an overly-expressive face. Then when the first round begins, nothing can stop the charge.

Pastimes - When they are not battling at Mount Mox or getting into trouble around Cloudgard, Sacred Unicorns spend their time grazing. They have a society entirely of their own with its own traditions, superstitions and technologies. Family is the most important thing to the Unicorns. They can always be found in small family groups of four or five, with multiple families coming together only for the races. The races is the only organized sport of the Unicorns. Once each week on a closed course in the Grasslands that spans nearly twenty miles, the Unicorns race one another. Even the young ones race, although their shorter legs offer them no chance of winning. When they open into a full run, Unicorns are as swift as the wind, but more importantly, they love to run.

Splinterlands is a collectible, digital trading card game built on blockchain technology. With each card being a non-fungible token our players are owning their cards in a way they never imagined possible. We're talking about near-instant trades and free transactions as often as you'd like. It's an incredibly rewarding game, built on the ideas of proof-of-stake and play-to-earn. You can learn more about all the aspects of Splinterlands rewards in THIS POST from the official Splinterlands Publish0x blog. 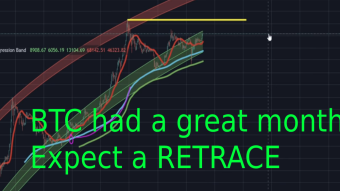