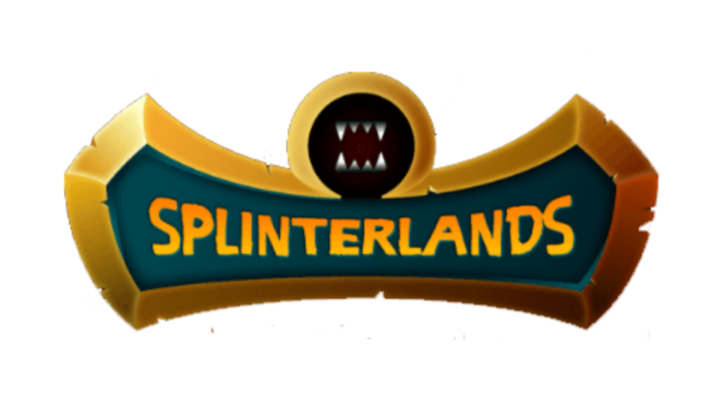 The price of Dark Energy Crystals (DEC), the main currency in the game is starting to head back to its $.001 soft peg after spiking to slightly more than a penny several months ago. This is likely due to Splintershard tokens (SPS) heading into the last several months of being airdropped to users and DEC being a big contributor towards how much SPS you would get. The general trend towards a bearish cryptocurrency market might also be a factor.

The price of DEC over the last year.

No real news at this point outside of that, as the next patch won't be out until my next article. Also, not much new with my Splinterlands play. I've once again skipped out on doing tournaments, due to work and life being busy. So, let's get to the usual breakdown of the past week:

Daily Quest # 561. Win 5 with Life. For completing this daily quest, I got 10 DEC, 2 Gold potions, a Legendary potion, 2 Gargoya Lions, a Pelacor Mercenary (common monster), and a Pelacor Bandit.

The stun at level 5 makes him really useful in Gold league play.

Daily Quest # 564. Win 5 with Sneak. For completing this daily quest, I got 3 Gold potions, a Legendary potions, a Venari Heatsmith, a Pelacor Deceiver, and 2 Exploding Rats (rare monster).

Daily Quest # 565. Win 5 with Earth. For finishing this daily quest, I got 2 Legendary potions, a Gold potion, 2 Pelacor Conjurers (common monster), a Pelacor Mercenary, a Pelacor Deceiver, and a Gargoya Lion.

Daily Quest # 566. Win 5 with Life! After advancing to Diamond III, I received 34 (27 + 7) DEC, 2 Legendary potions, a Gold potion, a Pelacor Deceiver, a Pelacor Conjurer, a Gargoya Lion, a Venari Heatsmith, and a Gargoya Devil.

Guild Brawl #72, playing Gold foil Bronze. Only a couple of battles this time around. The guild did okay, coming in third place overall.

Vs. CRYPTODOLLARBILL of Bitcoin & Brews

Guild Brawl #73, playing Gold foil Bronze. The good news is that I got more battles this time around. The bad news is a couple of people missed submitting teams and we came in fifth place overall. Due to the end of brawls coming right at the end of the season, I also had some of my gold foils on my InvestyGator account at the time.

Vs. Signore of When Fat Kids Attack

Vs. SteppenWolf of HD3 Tentacles of Thog

Vs. IKEEE of T&A Legion IV

I did buy, and open, one new Gladiator pack as well:

Nice to get an Epic card, but no gold foils - so nothing to help my deck.

No real trading this week, though I should spend my DEC before it finishes going back to it's pegged value. At that time of this writing, it's still around twice the peg. The prices on cards are particularly low right now, so it seems like a good time to buy in general. I also finished out the season in fairly typical fashion, Diamond III in my main and Gold II on my alt account.

A pretty unremarkable set of rewards on my InvestyGator alt account, until the last one.

My main account was also pretty low on rewards compared to last time. At least I got one more Chaos Legion pack!

I still need to do a big clean-up of my cards, and move some to my alt account and put some others up for rent. Life and work have been busy, so I keep putting it off. Beyond that, the plan for the next season is to keep on farming rewards. I don't feel like I have the time to compete on the leaderboards.

And, that’s about it for this season! Thank you for reading and if you have any questions or comments, please let me know! I’ll be back next week with another update!