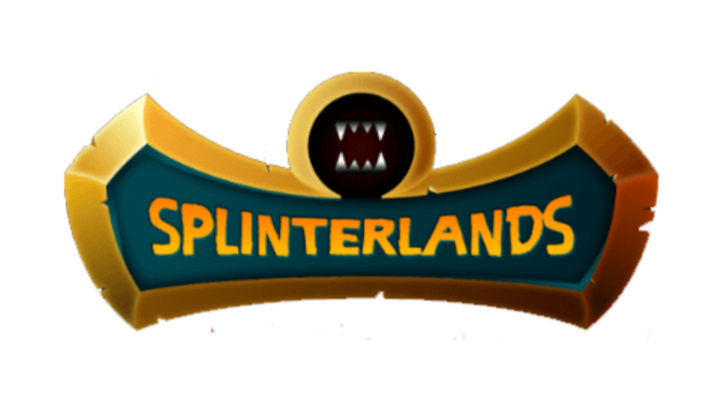 Welcome to another weekly update on my attempt to challenge the Splinterlands ranked leagues! Initially it was a self challenge, to see how far I could get with the initial set of cards plus whatever I could win. But, that kind of fell apart around week 30 to 31, with the game integrating with the WAX network and users being able to buy and sell cards on Atomic Hub.

I'm going to start off this week by asking you, the reader, a question that I've been sticking in at the end of these articles, what would you like to see more of? Would you like discussion about strategy, trading, giveaways, news from around the game? Or, is the current format of reporting my own quest rewards, tournament results, guild brawls, and brief notes on other activities interesting for people? Let me know in the comments below!

With the kickoff to the first May 2021 season, I was reset back to Silver III. I spent the first day grinding back up to Silver I over the course of about 30 matches. The general plan for the time being is to farm Dark Energy Crystals (DEC) and daily quest rewards in Silver I, then jump up to Gold III at the end of the season if I don't pull off a miraculous winning streak and make it high enough on the Silver leaderboard to win packs. As always, here is my breakdown of the week so far:

Daily Quest # 241 - Win 5 with Water. After getting back into Silver I, I received 24 DEC, a Gold potion, and a Legendary potion.

Daily Quest # 242 - Win 5 with Death.. rerolled to Win 5 With Life. Death hasn't been winning much for me, so I'm just re-rolling them to anything else! For completing the daily quest, I got 2 Gold potions, 8 DEC, and a 6th copy of the common Fire monster card, Charlok Minotaur.

Outside of the game, @Clove71 was back on Twitch streaming a live tournament, and I won an Untamed pack in a random giveaway! She had been streaming more often on Theta.tv, which I had trouble registering an account with. I spent 243 DEC for 5 Gold potions and 233 DEC for 6 more Legendary potions and opened both the pack I got in my season end rewards and the one I had gotten from the giveaway.

The gold foil common is probably more valuable than the rare in this pack, and nice to find inside it! This was my season end pack.

Two rares, one of which is a Summoner, made this giveaway pack above average.

Daily Quest # 243 - Win 5 with Earth. For finishing this daily quest, I got 5 DEC, a Legendary potion, and 2 copies of the common Death monster card, Undead Rexx.

Daily Quest # 246 Win 5 with Sneak. For finishing this daily quest, I got 2 Gold potions, 10 DEC, and a 13th copy of the common Neutral monster card, Sand Wurm.

A very nice pack with two rares and an epic!

Thursday Bronze Blunderbuss, no legendary cards, all sets allowed tournament: I started off going undefeated the first day, with a 11-0 record. I wasn't able to keep up that sort of luck day two, and finished 18-3 to come in 6th place winning 1,300 DEC.

Friday Spring Training #7, Silver League rules tournament: I went 4-5, getting beaten up by actual Silver league level cards, to come in 52nd place. I still got the free WAX NFT packs, which are the prizes for participating in these tournaments.

Saturday Live, Bronze League rules tournament: I got knocked out in the second round, but still came in 18th place for 500 DEC.

Saturday Blazar Brawl, Bronze League rules tournament: This was only a single day tournament. I went 9-5 to come in 94th place for 200 DEC.

Guild Brawl #8, playing Gold foil Bronze, Untamed set only. Only two other guilds had members that entered into this bracket. Out of those, only one submitted a team.

I also had a match vs NFT-Hunter of Knights United, but he didn't submit a team. I didn't write down how the guild fared overall, but I think we came in 3rd or 4th place.

Guild Brawl #9, playing Gold foil Bronze, Untamed set only. This brawl had us in a bracket with a few high level guilds. The pairing is random, so not particularly "fair" in who you may be playing. On the bright side, I got a lot more matches in this time.

Vs TERGAN604 of The Alliance

Vs MichaelB of Roaring Twenties

Vs ABROCKMAN of Immortal Gods 2

Vs PACHU4 of SL - Spanish Elite

Vs TOMASRUSANGUIREL of The 420 Syndicate.

We came in 5th place in this round of brawls. I believe we had a few unfilled slots, as only a bit less than half the guild seems to be interested in participating. But, we also got beaten up by top guilds with big collections.

It has been a fairly busy week with my day job, and I haven't done much buying or selling of cards. The only big news is that I sold a Kron, leaving me with two left that I had originally bought to resell, but are currently sitting in my collection. I thought the extra might be helpful to delegate to someone in my guild for Brawls, but so far no one has really wanted to borrow cards.

As far as the season goes, I've been hovering around 1,900 rating. I haven't played a lot, but I usually try to get in at least 10 ranked matches a day. As of right now, this is a high enough rating to put me in the top 100 in Silver league.

To qualify for packs in Silver league, you need to finish in the top 25. With a week left to go, you need around 2,100 rating to be in 25th place. As I've mentioned in the past, my deck isn't really highly competitive for Silver, so I have low expectations about being able to place that high.

I think I need to come up with some set goals for improving my deck, as of late I've just been generally farming up reward cards and the occasional random prize pack. Getting rare summoners up to Level 4, the cap for Silver league, takes 25 copies of the card being combined. With some of them currently going for over a dollar each, that can be quite the costly proposition for 5 different Splinters, each with multiple summoners in different sets.

With the prices on older sets being even higher, it seems quite out of my price range to get a fleshed out higher tier deck anytime soon. With the eventual split into separate leagues for newer cards versus older cards, focusing on Untamed and Dice seems more reasonable. Maybe just farming quest rewards, and seeing what I randomly get, may not be the worst idea.

That's about it for this week! If you made it this far, thank you for reading! And, if you have any comments, suggestions, or feedback please let me know in the comments below!