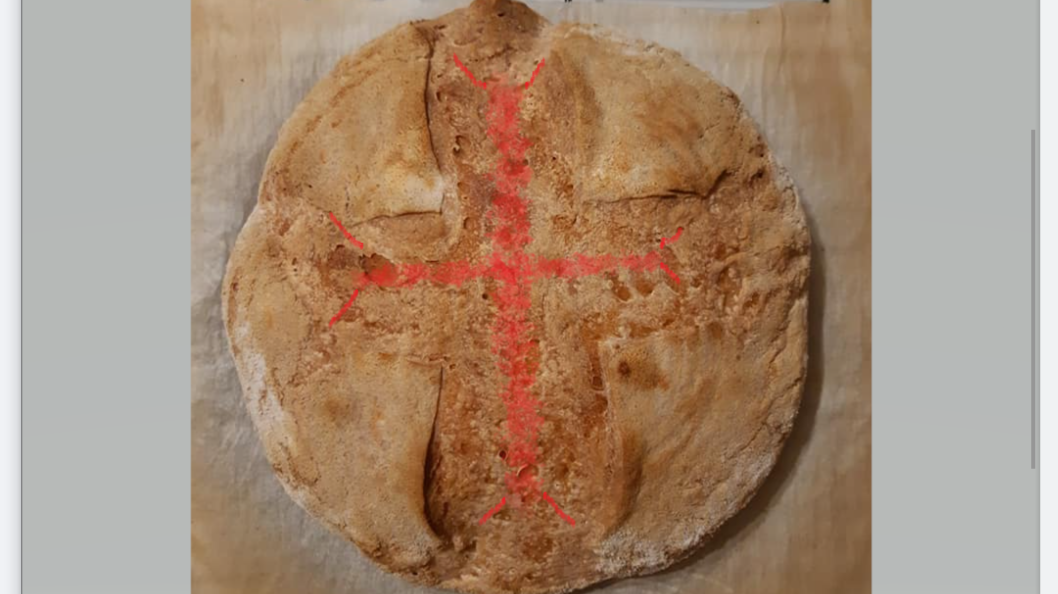 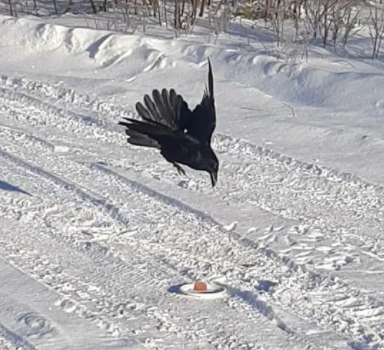 Raven energy was requested for this Ritual and was granted. The Raven's given name is Mr. Anderson. He was named in 2018 when he revealed himself as an ally to the Cause. Raven was the first captive Noah sent away, with instructions not to return until the Waters were dried up from the Earth. Raven has been a loyal servant from the very beginning and he continues to serve until the End. Scavenging and processing and transmuting and transforming; hiding in plain sight. Evermore.

*Disclaimer: As a neo-Sin Eater, my job is to release back to Source the "sins" being perpetrated against another. The energy I channel is not only for the target and the Sin Eater, it has been redesigned to reach the Accuser/Instigator/Perpetrator as well via benevolent pathways already in existence. I've developed a unique technique to effect such change throughout time and space. This technique is not a secret nor am I going to share all of the details. I will share the driving intentions as well as the specifics as they relate to the subject.

Note for the Subject: You have been protected, to shield you from any remnant negative effects this transmission of energy may have on you. You are not so much the target of this healing as you are a spotlight for which I can locate the source of the pain being flung in your direction, in order to feed it the attention it craves. The reveal of which may appear very ugly to many, but that's none of my business. You may continue on as you are. You may also grant permission to partake of the energy should you choose. However, your direct participation is not required. I thank you for your Guiding Light.

RECEIVER: Mr. Anderson (you know who you are)

Number of Virtues identified in the second meal: 4

Number of ingredients used for the cleansing ritual: 11

Time between meals in rest and absorption: 5.5 hours 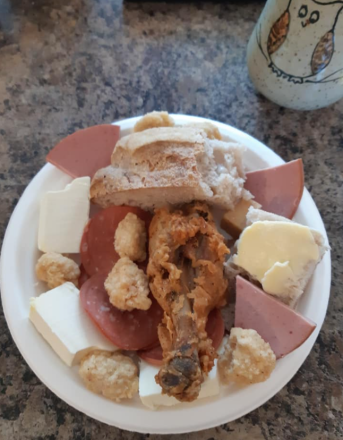 Sins absolved (combined): Original Sin (only you know what that is), Lust, Trickery/Deception, Disapproval, Unforgiveness, Heresy/Conspiracy

The plate was prepared and delivered to Mr. Anderson between 8-9 am. At 9:34 am, Mr. Anderson arrived and retrieved Charlie's bread as well as the chicken leg. Below is a very poor screenshot of the video I managed to take of Mr. Anderson snatching his first course and a picture of the plate confirming which foods he had chosen to take first to be resolved. 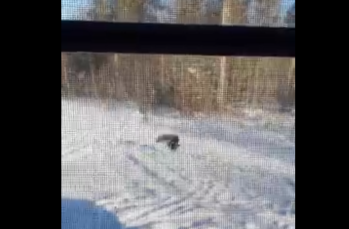 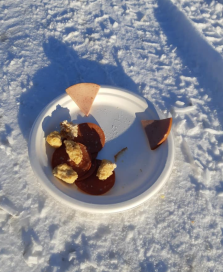 Original Sin, Thieving, Wrath and Rape are now identified by Raven as the core wounds impacting the Receiver. Message: All but Original Sin have been perpetrated by those before you. You are Innocent. These transgressions from the distant past are being healed, particularly as they have pertained to you; knowingly or unknowingly. They are released. Worry not. The remaining ancestral Sins of Revenge and Murder go still further back in Time and will require increased levels of collective agreement before becoming fully resolved and manifested, for All. Patience. Gratitude. These are key support pillars. Strengthen them. 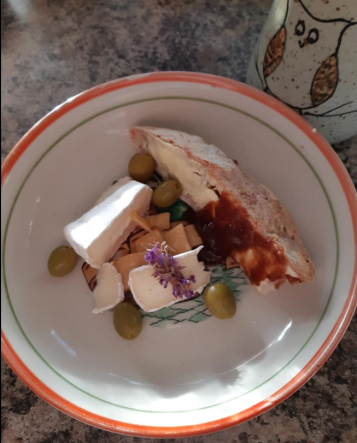 Sins absolved: Original Sin (only you know what that is), Lust, Deception/Trickery, Disapproval, Unforgiveness, Heresy/Conspiracy

It turned out to be a very simple meal. Akin to a min/max build. The focus primarily is on Original Sin (Charlie's specialty). The meal was eaten while Mr. Anderson (and his Mrs.) ate their fill of the plate outside. The main physical manifestation in my body during this time was entirely within my spine/back. There was a tightness and stiffening and stretching taking place that felt like a crooked stainless steel bar being hammered back into form. It was relentless for approximately 10 minutes until it subsided and relief flooded in to take its place. There was within it a determined resilience akin to the struggle of the Hanged Man of the Tarot; He who chooses his own path. Resolve is a Virtue unless it's treated as a Sin and transforms to stubbornness. Be mindful of this when forcing your body to struggle.

Upon completing the First Course, I began preparations on Crackers; the purpose of which is to absolve the Sin of Abuse. Whether that abuse be physical, emotional, psychological, it doesn't matter. The Cracker is designed to absolve Abuse of Power in all of its forms. 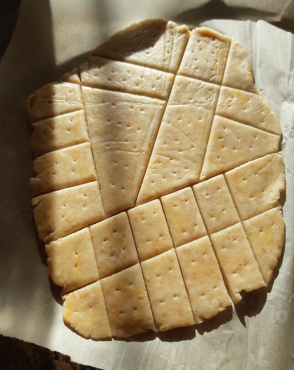 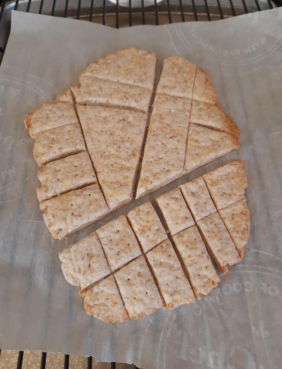 PERSPECTIVE SHIFT: Looking up, those Crackers are behind bars with a Veil of Parchment shrouding their backsides. This is a metaphor of the second picture. Perception can do a 180 in a quantum moment. 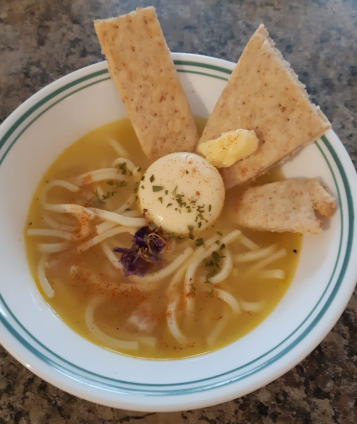 This meal, in a pleasant and unexpected surprise, brought with it Virtues rather than Sins. The Crackers absolved the Abuse of Power perpetrated on the Receiver while the remaining elements brought Responsibility, Nurturing, Communication and Amends to Light. Baby Bel. This proved to be a joyous and very satisfying meal. Many gifts were received in the Eating of it. Thank you Mr. Anderson for the reciprocal sharing of energy. It has been well received, with honour, grace, integrity, grit and respect.

In closing, there are two things I want to share. The original loaf was scored with a cross pattern, specifically with the Receiver in Mind. The image below shows the initial scoring pattern. The Welsh roots are strong, in conjunction with an older energy from Spain/Portugal. A Maker's Mark. 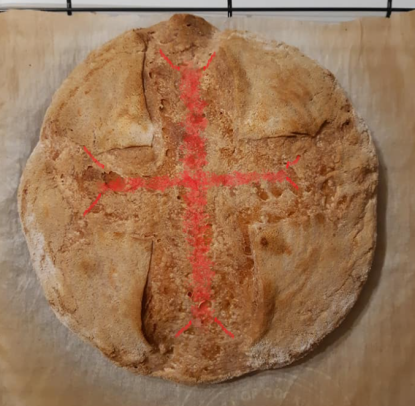 Secondly, the Tarot reading (which I won't reveal in full here) shows the High Priest as leading this Action.

Reverence can also be a Virtue when Power has not been Corrupted. 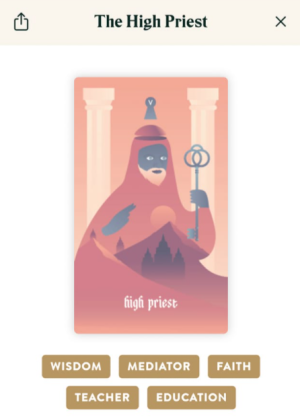 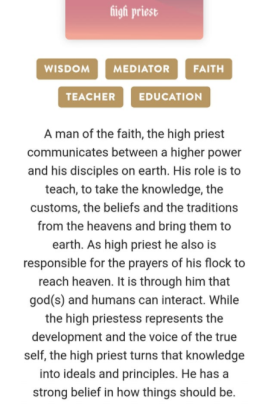 Thank you Mr. Anderson for shining your Light in my Darkness and for allowing me the opportunity to return a lit Shadow into your Realm. May your eyes see what they need to See.

I'm a Sin Eater. The knowledge was passed down by an Ancestor who kept her trade a secret when she moved to the new world in the early 1800's. While she "quit" her "calling" when she left the Old World, her methods of movement, hiding and fabrication to protect her from the stigma of the life she left behind stayed with her and became part of her survival toolkit. These methods have been passed to me but I've altered them, to release the Sin back to the transgressor, it's Time they owned their shit. 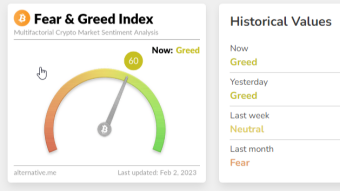 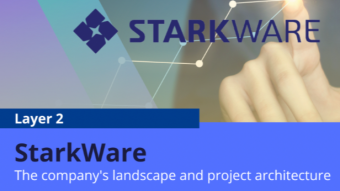