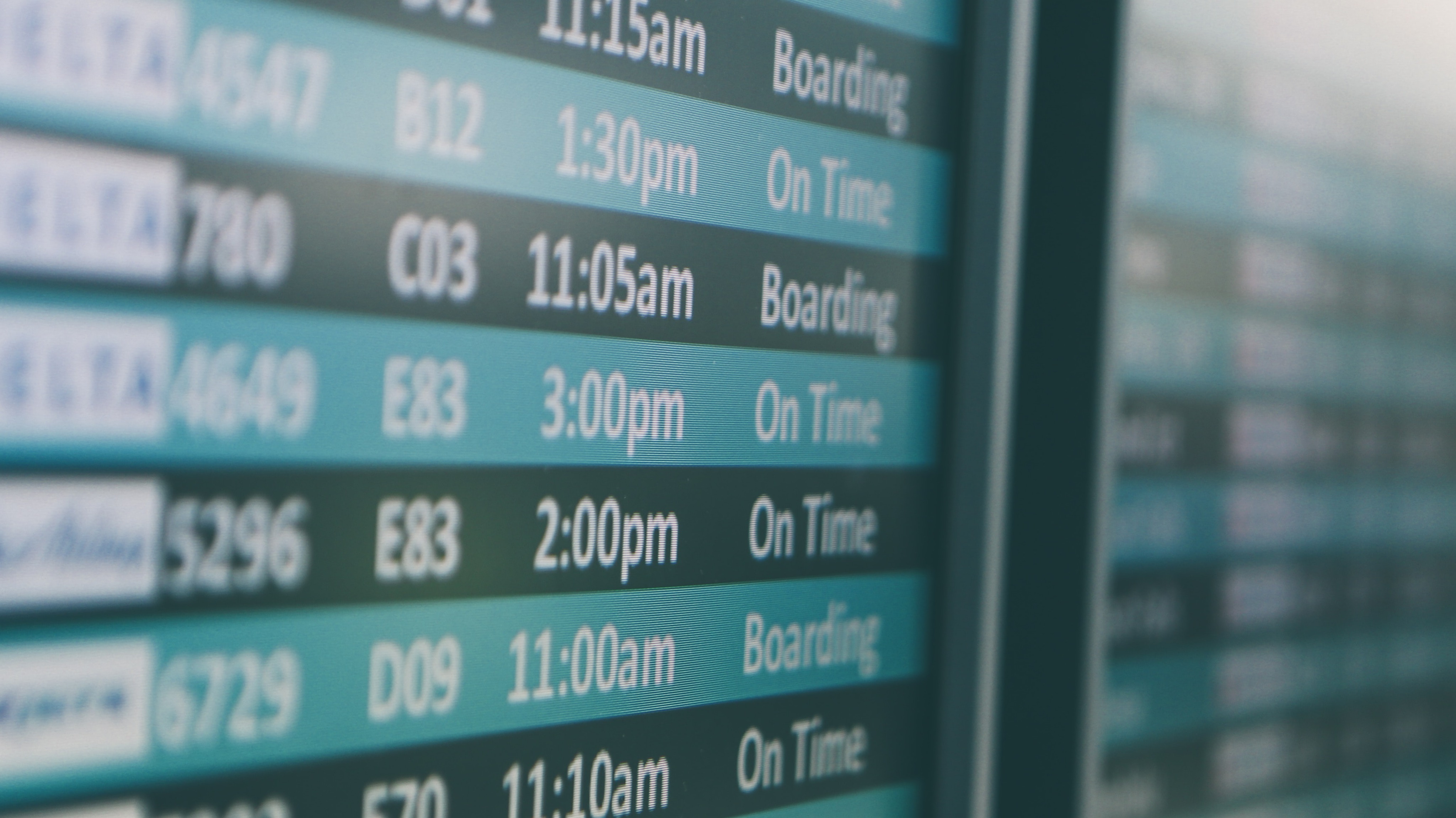 Sheduling part of your tweets also to be tweeted in your twitter timeline later in the day or even in future days can be a great way to expand your exposure.

But it is also a way to find out at which part of your day you are reaching the most people on twitter.

That's why Excelencia decided to do the following experiment:

Schedule an  already tweeted tweet during the morning (tweeted at 8:59 am UTC ) , to be tweeted a second time  at 3:10pm UTC,and compare the number of Impressions and Engagements it received after 3 hours of being exposed in twitter.

Tweeted at 8:59 UTC this tuesday morning.

See the number of Impressions and Engagements and Detail expands received in the 3 hours span of time since 8:59 UTC this morning. 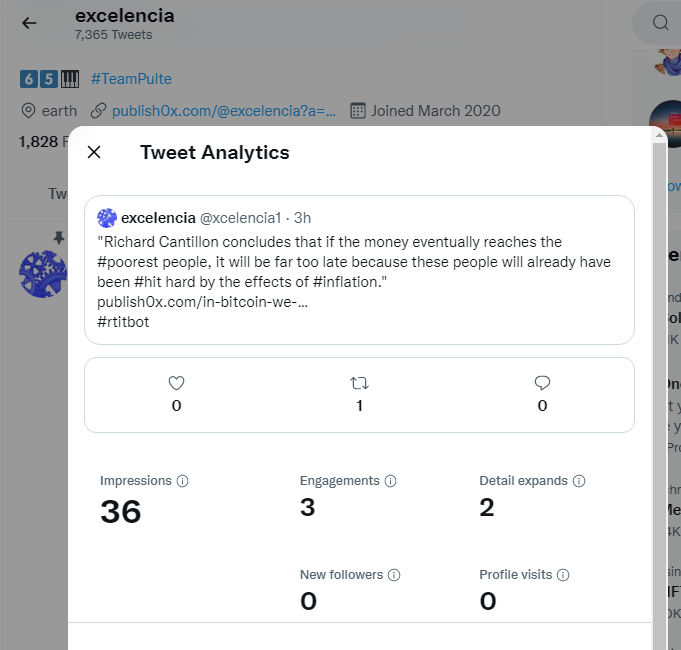 Now I am going to schedule this same tweet to be tweeted again at 3:10 pm UTC this tuesday afternoon:

Giving it another 3 hours on twitter, the same amount of exposed time in twitter as this same tweeted article's exposure of 3 hours at the time of taking the first snapshot above, I will reenter at 18:10 UTC to make the snapshot of the number of Impressions , Engagements , and eventually Detail Expands it will have received in those 3 hours span of time.

Read the first episode in this TheExperimentsSeries here.

Read the second episode in this TheExperimentsSeries here.

Do have a nice continuing of your tuesday!

SeeYall later in the day!

See the number of views and the earning and likes for this article now at 18:10 UTC in PublishOx:

At 8:59 UTC this tuesday morning, this third experiment in TheExperimentsSeries started with tweeting this article for the first time this tuesday.

After 3 hours I took a screenshot of the numbers of Impressions , Engagements and Detail Expands it received :

Then I scheduled the same article to be tweeted a second time at 3:10 pm UTC ans waited another 3 hours, until 6:10 pm to see what were the numbers of Impressions and Engagements and Detail expands it received meanwhile in this 3 hours time span:

See the number of Impressions and Engagements , Detail expands and Profile visits it received meanwhile since this afternoon at 3:00  pm UTC: 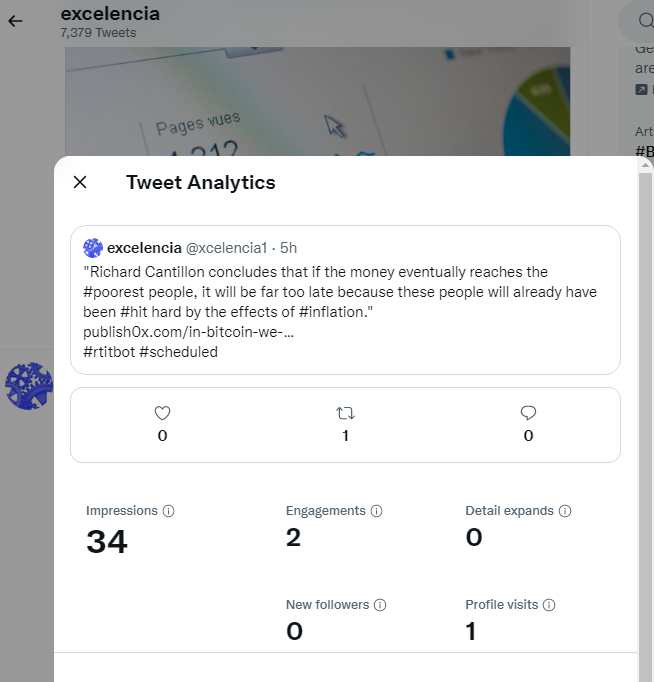 You can compare now the number of Impressions, Engagements , Detail expands and Profile visits it received since this afternoon at 3:00 pm UTC with the same numbers from my tweeting of this same article now at around 18:00 UTC

The results are quite similar, appart from the fact that this noon at 12:00 there were 2 more impressions and 1 more engagement as this evening at 6:00 pm UTC, while at 6:00 pm there was 1 Profile visit instead of 0 at 3:00 pm UTC.

Without any doubt these tiny differences are not statistically significant.

Meet me again in the future with another experiment to come in this Series.

Wishing everyone a nice evening or continuing of your day! 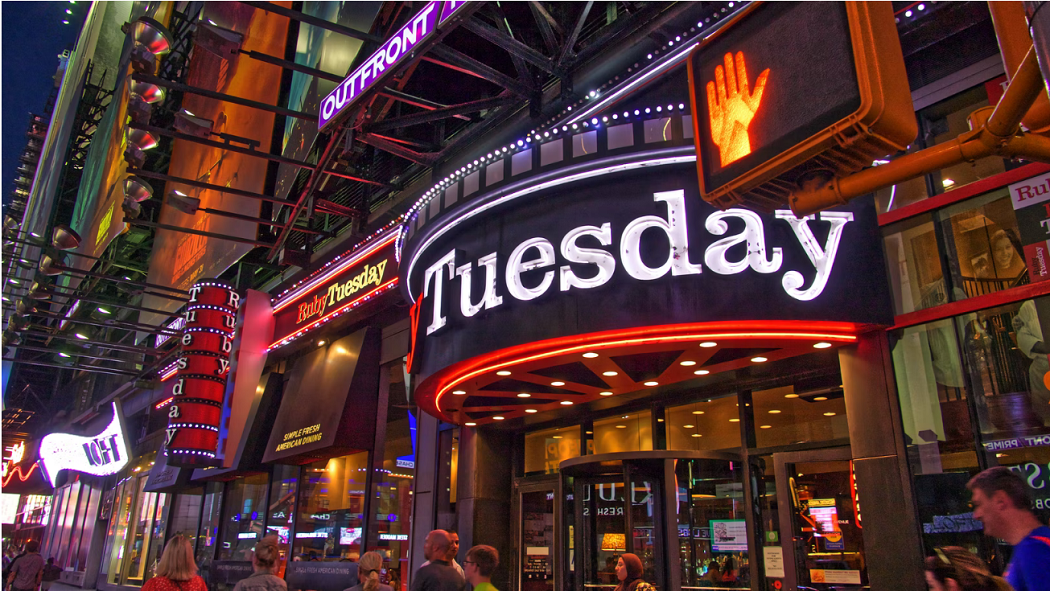 Photo by Pascal Bernardon on Unsplash

I am a person interested in a lot of things all at once: cryptokosmos, affiliation, web building, privacy, blogging...