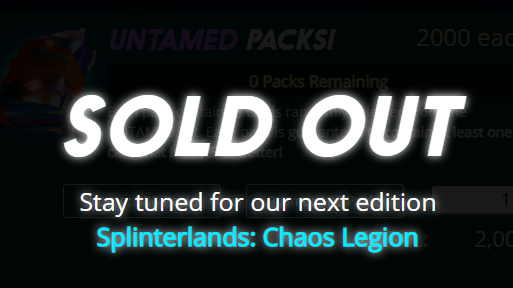 The Play2Earn Report - Getting Serious

Another week of struggling between real life and crypto hustle is over. In the first half of the week it seemed like I would be getting back to business on the crypto front with several articles published, all fetching juicy upvotes up to around 20$. But after that, things got worse again as I had both a lot of stress at the office and felt more like going out than staying at home afterwards. At this point, it's probably fair to say that I most likely won't be able to keep up with my Covid-19 lockdown pace. There are just too many things I want to do and not enough time for that with life back to normal. So what am I going to do about it?

Frankly, I don't know yet. A part of me would love to quit my job and go full crypto right at this moment. The thing is, living in Germany and all, my job is just paying way too good to quit it right away. I'm pretty sure that I could very well make a living with crypto, but I'd earn less and would have to invest more time and energy to get even close to what I'm making from my everyday job right now. So for now, it's back to the drawing board. I'll definitely keep doing my Play2Earn reports and I'll stick around here on Hive without doubt. But I'll probably be just a little less active most weeks, only doing an article when I really feel like it. I haven't set up autovotes yet and I honestly don't like the idea of doing so either. Ultimately, I will have to look into doing so, though, as I have again missed some votes while I was sitting at 100% voting mana and that's just plain bad for me.

So anyway, why don't we start with my weekly token gains:

It's plain to see that this has been another extremely slow week for me. These gains should be about the minimum I can expect to earn each week just from curation rewards and doing the Play2Earn report. Fun enough, these are quite good numbers considering the little time I've spent on the platform. If nothing else, it serves to prove the power of compounding and passive income. I've built something for myself here and even if I'd stop right now and just reap the rewards, I'd still be in for some solid gains each week. Honestly, though, I really don't want to stop where I am. I'd love to 10x these numbers eventually, I just need to figure out a way that works for me over the long run.

Next, let's have a look at my different projects:

Well, what can I say, Splinterlands probably had the best week in history and there's still a lot more to come. Both land and Untamed booster packs sold out, beating my prediction of selling out by the end of June by almost 3 weeks. Pretty crazy stuff honestly. Market value for all my stuff is going through the roof, as is the number of people in the Discord. Obviously, there's a lot of hype going on right now and there will be times where hype will be low to non existent. But seriously? Splinterlands is killing it right now. I've been saying it before, there's NO other game like Splinterlands out there. There are blockchain games that are somewhat fun to play, there are those that have good tokenomics. But there is not a single other blockchain game that has it both. Splinterlands is both an amazing game and an extremely well crafted economy! 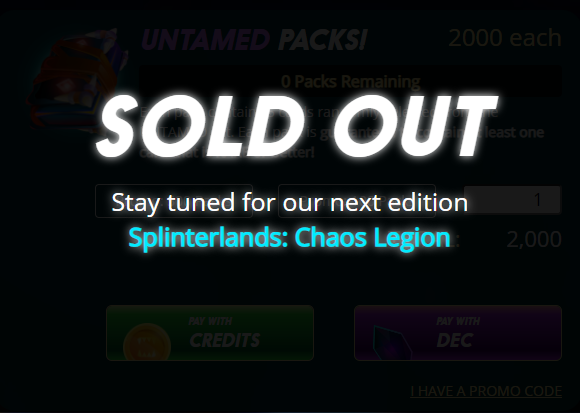 Personally, I've decided that I do want Maverick status before there are no more packs left, so I went ahead and bought another 500 Untamed packs (which got me a nice bonus of 75 additional packs). I'm only opening them with potions and since potions come from daily and season rewards, I won't buy them. So it's going to take a long while to open everything. Eventually, I'll also start to save them up for Chaos Legion. Parts of them will probably get sold some years into the future, let's see what the market and liquidity will look like by then.

This last week also provided me with an enormous amount of credits from my referrals. Several of them bought a lot of packs and land plots, with one even buying a tract. This has allowed me to get several new max level cards for my collection. I'm still missing some Untamed edition cards, though, and getting these will get increasingly expensive over time now. I'll keep my eyes open for deals on max level ones but I predict that buying singles and leveling them myself won't be worth it soon. Looking at the market, the cheapest common from Untamed is sold at 0.035$ right now - two weeks ago I could get them around 0.02$ sometimes. 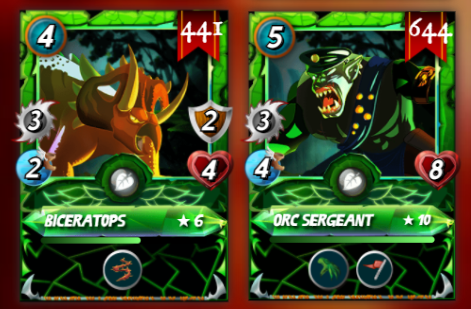 Luckily, I've seen that coming and stocked up on a lot of these cards. I don't intend to sell them right now as I'm quite confident that they should probably 10x given time but we'll see when I feel like converting some back to DEC. Without exaggeration, Splinterlands is my best performing crypto asset right now and with how involved I am with the game, it could actually play a huge role in making the transition to living from crypto. I would have never ever expected this to be possible a year ago but if feels like it could become a reality sooner than later!

I've hosted an unofficial community challenge for the last week and I have to say I'm really pleased with how things went. There were more than 10 submissions for the challenge and I've gotten a lot of great articles out of it. I've scheduled the follow up article for tomorrow and I'll do the raffle and send out rewards by that time as well. Sorry for taking a little longer there but I just wasn't around enough to get everything done in an orderly way.

In development news, another version of scanning will be released soon with a lot of new features and polish added to that part of the game. You can get all the details from @elindos latest post here. Things are looking really great and from what I've gathered the next addition after this update will be actual colonization. Let's see how things are going, I certainly am stoked for everything that will be added over the next weeks and months!

Ah Docotor Who, my little referral money printing machine. To tell the truth, I've lost count of how many different editions they have been selling by now, but no matter the exact number, it's totally ridiculous by now and even though there are a lot of people out there defending the devs, to me that's a pure cash grab. I mean they have the backing of the BBC, they actually seem to develop a nice game, but come on, how many more card packs are you going to sell at ludicrous prizes just so the cards have some mediocre looking card frames!? 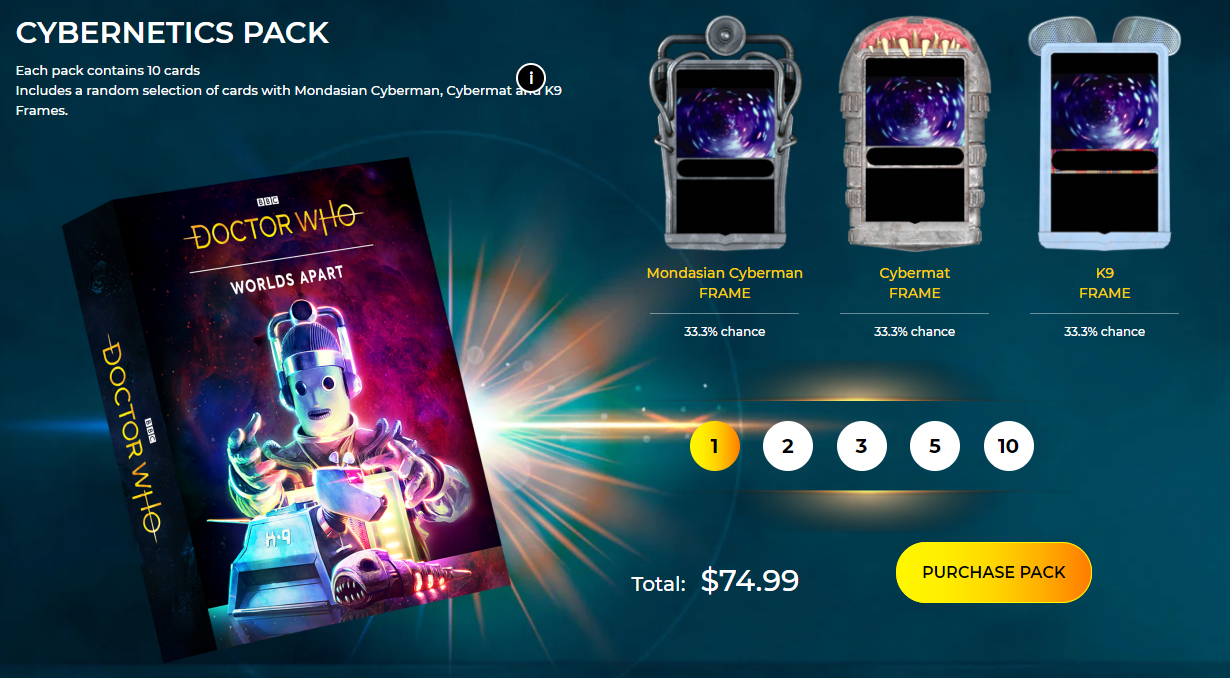 Nevertheless, I've earned another 4200 Pandaks from my referrals the last 7 days which equals a solid 42$ gain again. I still intend to gamble on this one and keep all cards for at least 5 years to see where things are going but I have to admit that I'm slowly getting tempted to just sell off everything as soon as I get my hands on it as I really dislike the direction they have taken with all these different card frames...

And that's it for the week! I'll be back tomorrow with the conclusion for the EXODE community challenge. Thank you all for reading and see you next time.