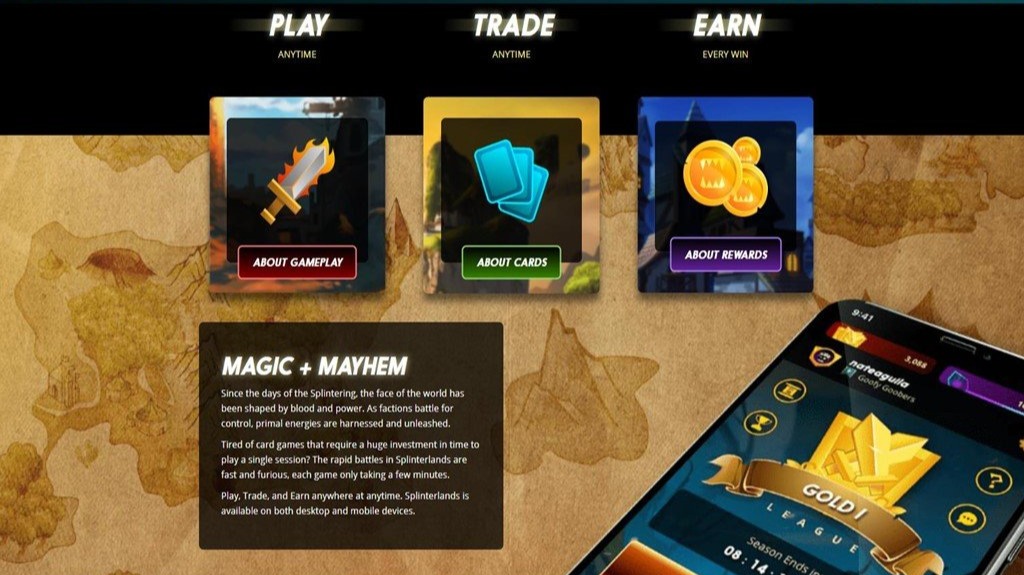 For a long time, I thought the Water Splinter missed a good double attack ranged monster with less mana cost. In fact, Water Splinter missed good ranged attackers overall. There were good ones like the Axemaster or Azmare Harpoonist, but they all were high mana ones. There was literally no good ranged attacker on the lower mana side other than the Naga Windmaster. So, for a long time, the water splinter was all about magic and melee attacks for me. However, that changed with the Chaos pack launch.

For the first time, we got an excellent ranged attacker in the form of Kulu Swimhunter. The best part is that it costs only four mana and is therefore available for the mini-monster rule. There could be no better addition to the Water Splinter. 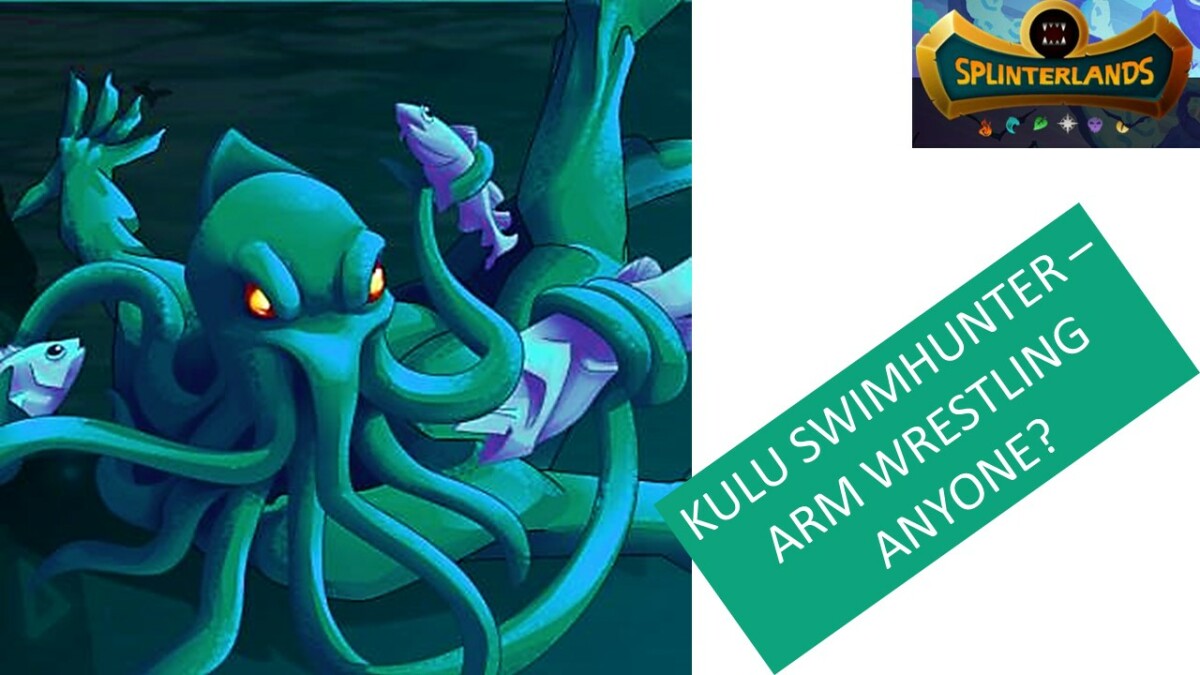 There could be no better way to know a card than to watch it in battle. So, let's head towards the action, but before that, we will take a short detour to know more about Splinterlands. After all, that's the place to find the Swimhunter. 😊

Splinterlands is a digital card game that allows you to collect, trade, battle, rent, and even earn from the cards. ***The game gives Play to Earn a whole different meaning.*** It is one of the most generous games that I have seen where cards, potions, and Dark Energy Crystals (DEC. Cryptocurrency) are given out every day to thousands of players for just playing and winning daily quests. And there are tournaments that you can play or guilds that you can join. 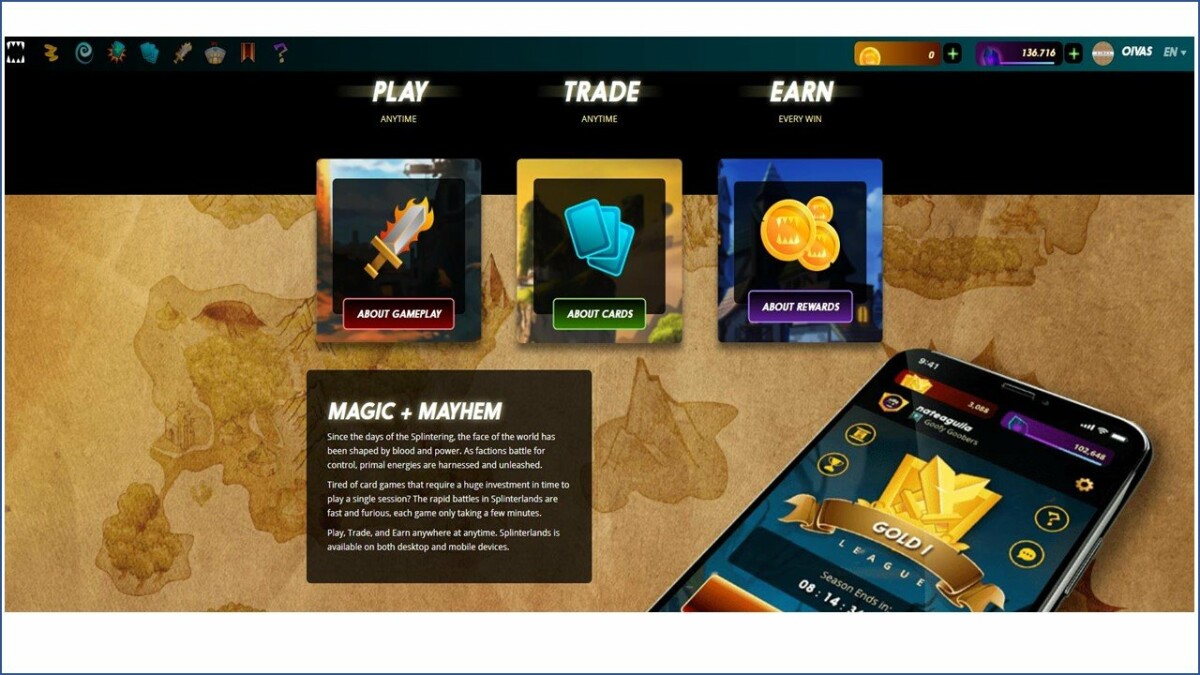 Just to give you an idea of how lucky you can get in Splinterlands - read my story of getting cards worth $500 from buying a few packs worth $20 only.

And this is just a tiny number. I have witnessed people getting uber-expensive cards in their pack and selling it for as high as $6500. This means the game has interested buyers for your cards too. In fact, there is a whole Splinterlands marketplace.

***If this is not enough, then Splinterlands has just launched the governance token SPS, which is being airdropped to all Splinterlands players over the year. So, you are not late. Get on with the game and earn SPS today. SPS is listed on exchanges, too.***

To join, scroll down quickly. 😊

The battle that I chose the Swimhunter, was a low mana battle with the blast rule in play. 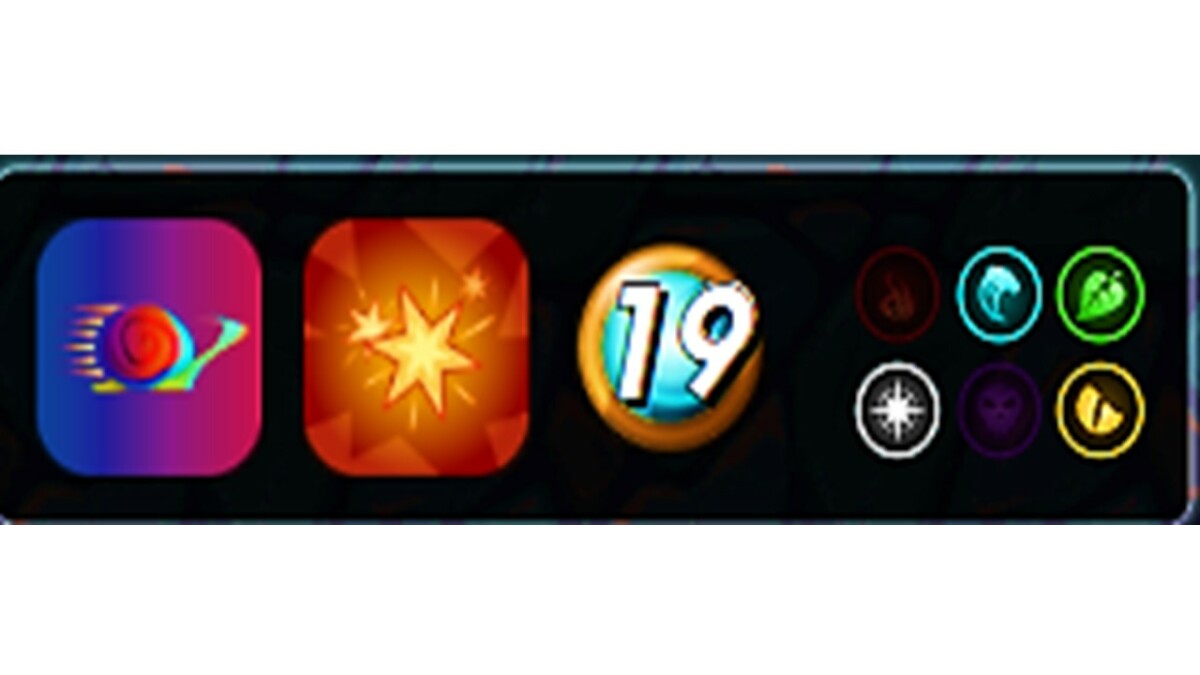 Also, the reverse speed rule was in play. The Swimhunter was suited very well for the rule simply because of its low mana cost. That was a bonus for sure.

Let's get to the battle.

I went with the Water Splinter while the opponent chose the Earth Splinter. 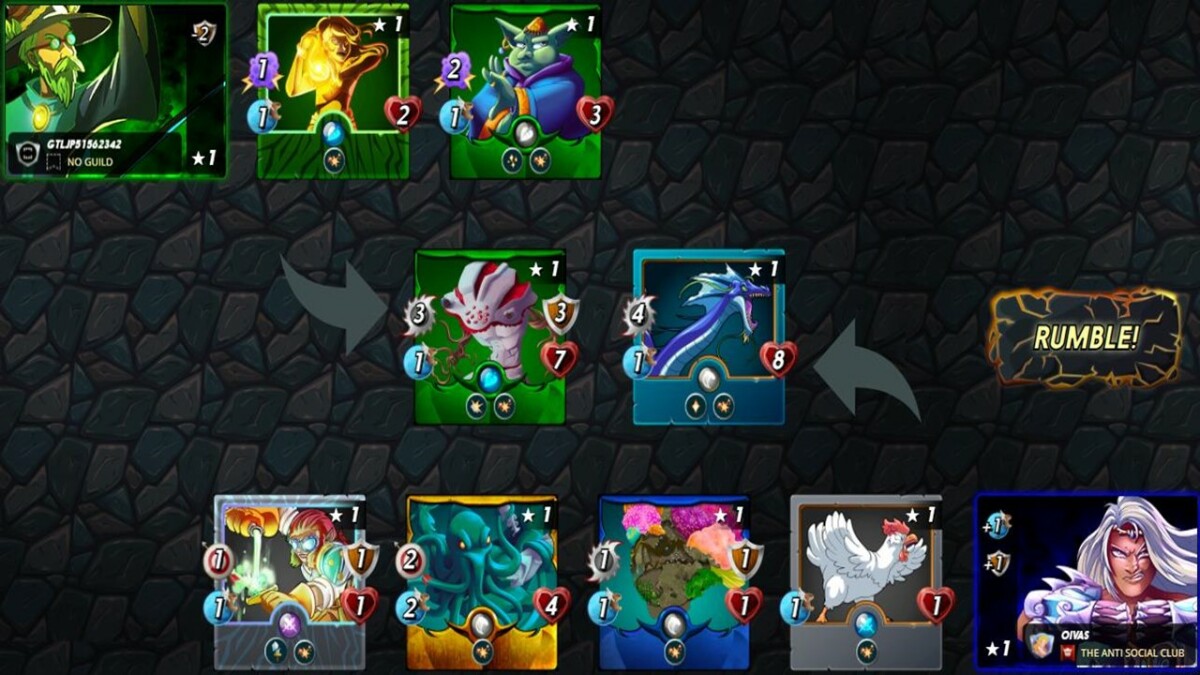 I was in a dilemma here. I needed a summoner with armor for the blast rule, which Kelya Frendul provided very well. However, it also increased the monster's speed, which was against the reverse speed rule. Quite a dilemma, but I still went ahead with Frendul.

But the opponent's Wizard of Eastwood took away my armor. That was such a silly situation for me. Neither my summoner provided the armor nor supported the reverse speed. I was in a bit of an issue even before I started.

Anyway, the lower part of the screen was my team, while the upper part was the opponent's. Let's see how things panned out.

The opponent's monster had the reverse speed advantage, and all of them attacked before even one of my monsters could attack. 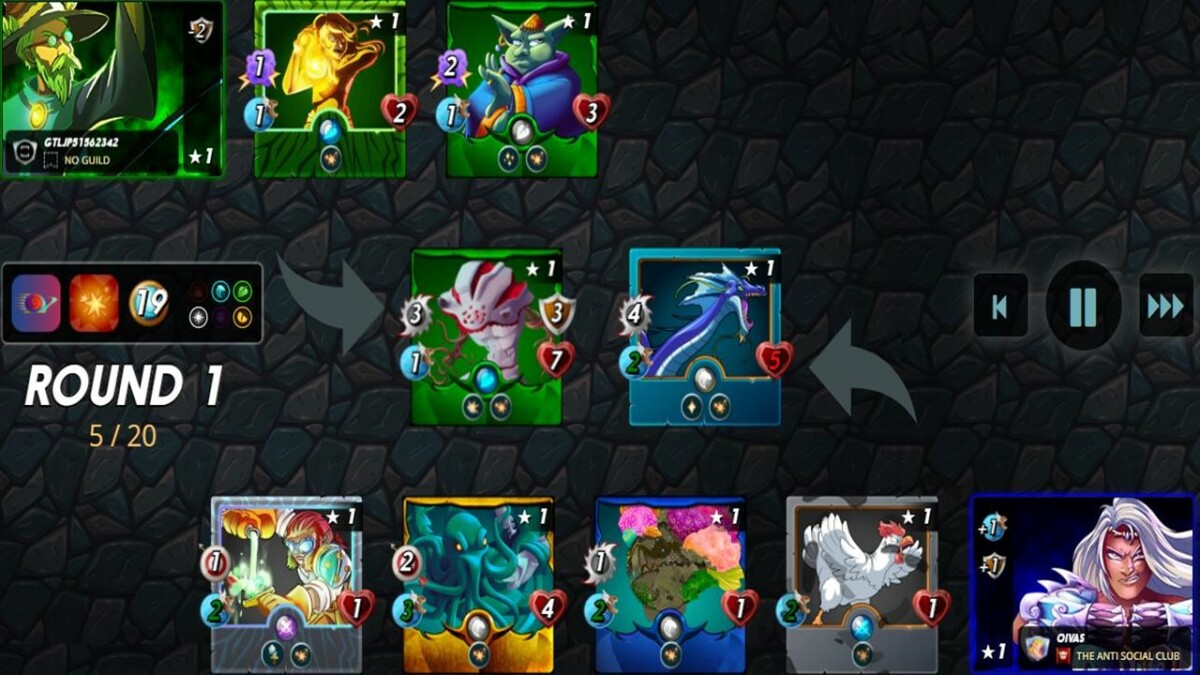 Thankfully, the Sea Monster with self-healing could take it, but not before losing the two monsters in the second and third position to the blast. That bought the Swimhunter to the second spot and in line to get blasted by the opponent's attack. 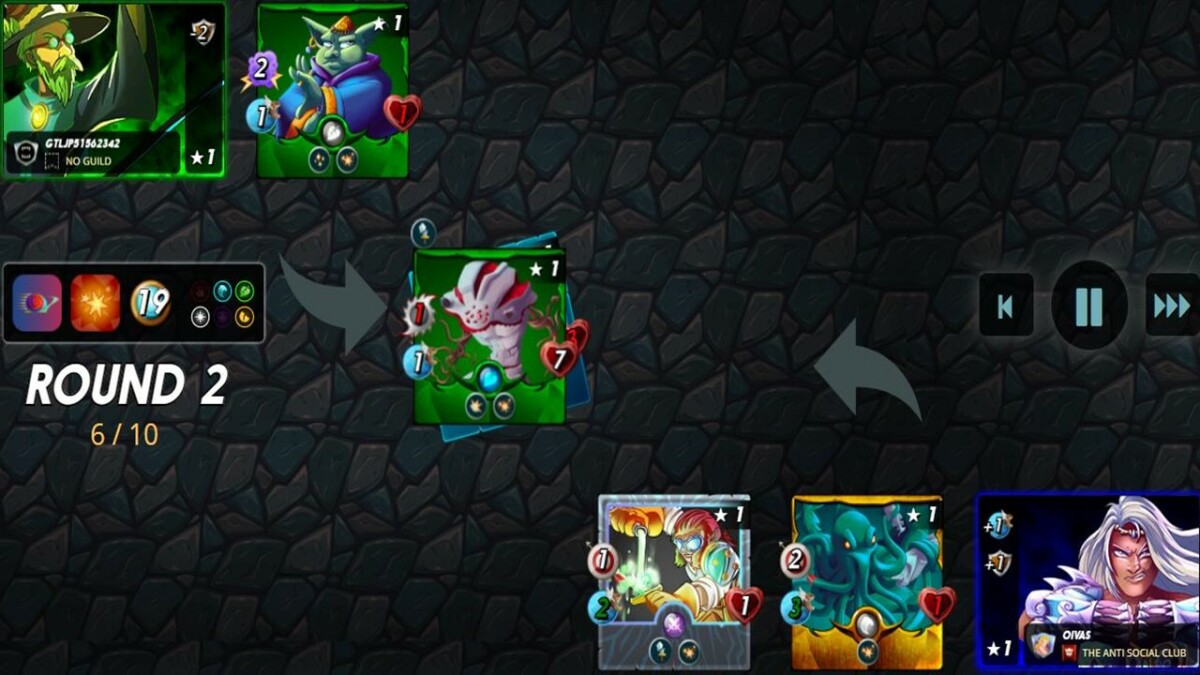 By round three, both my Swimhunter and Halfling perished in the blasts. However, the Sea Monster persisted. 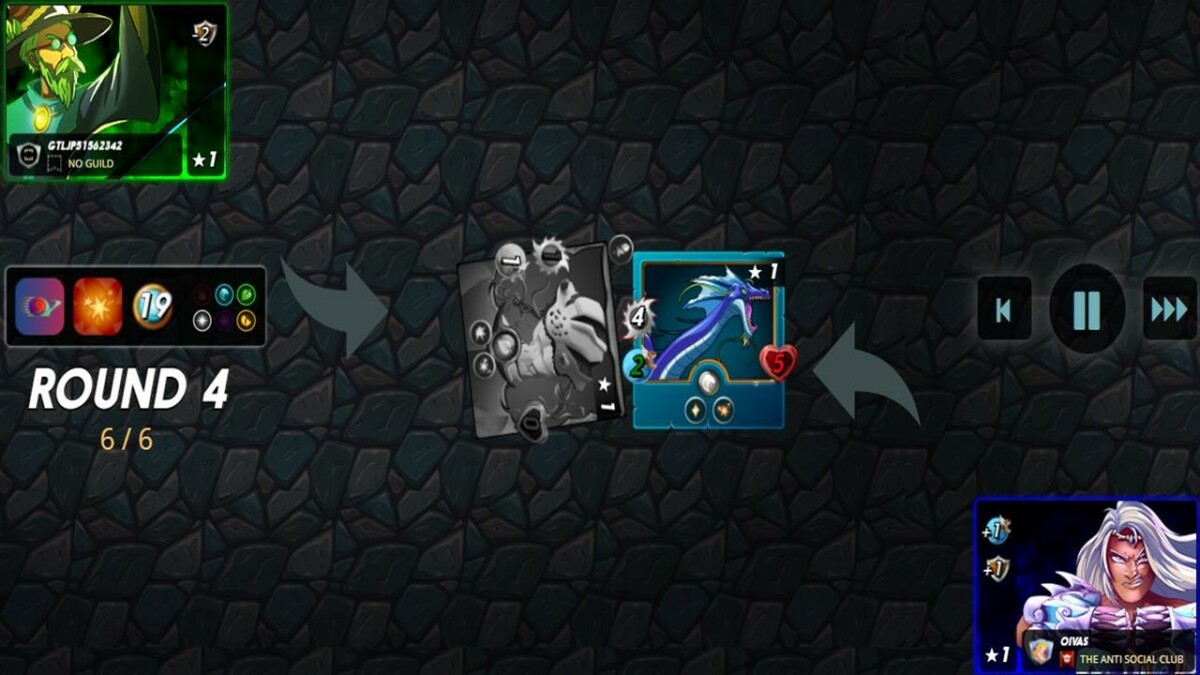 And then, by round four, my Sea Monster delivered the deadly blow. It was game over for the opponent. 😊

While in this particular game, it appears that the Sea Monster did the trick, we cannot underestimate the fact that the Swimhunter fit in the mana cap and still had a decent attack value of two. In fact, two attacks by it were good enough to finish the opponent's monsters in the second and third positions. So, yeah, a decent monster to take into battle.

Besides, all I said about the Kulu Swimhunter's role in the Water Splinter stands. That makes it a pretty versatile card to consider in battle more often! 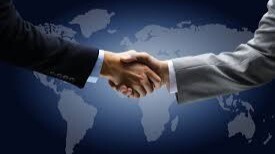