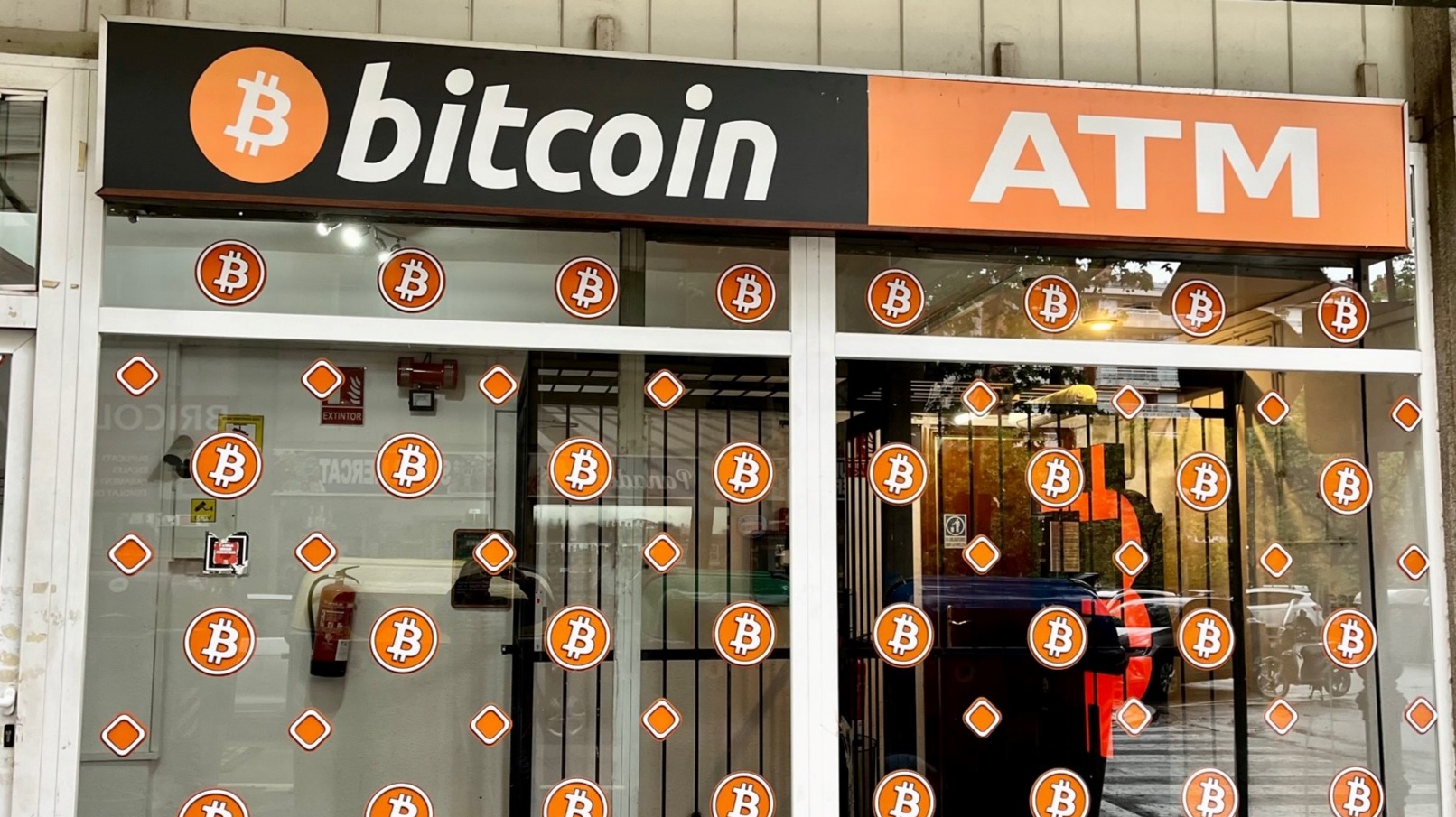 This is the continuation of the post published two days ago "Dad, I want to buy BITCOIN...".

After installing EXODUS wallet on my daughter's phone and sending a few satoshis from my wallet to my daughter's so she could see how it worked, we planned to go to the BTC ATM next Saturday.

Well, we had to anticipate it since we are going to be out of city for the weekend, so yesterday afternoon, taking advantage of a break from the rain that had been falling all day, we went to the ATM in question and thus finished the little investment course in BITCOIN that my daughter demanded.

Why did I decide to do it through a BTC ATM?

Well, I am not a fan of any KYC or AML regulations, even less if implies my 15 year old daughter to such identity exposure.

In Barcelona there are dozens BTC ATMs, a few of them do not require any ID document, e-mail or phone number if the amount to handle does not exceed 1000 Euros per transaction per day. Others almost ask you for a DNA test to buy or sell 10 Euros in crypto... I don't even want to get close to these last ones.

The point is that my daughter, at the moment, only wanted to put just a few tens of Euros of her own savings in her first investment operation in BTC, which seemed very prudent on her part, the truth is that she is a very rational girl, and I think this system is sufficient for the time being.

As I have already said, we approached the BTC establishment and this is what we found: It was literally as if it were a bank establishment, but without operators, only cameras and a large cage of steel bars inside.

To enter, you first had to pass a first door of the cage, once closed a second door opened that gave you access to the cashier. Once in front, the process was super fast and really easy.
My daughter inserted her Euro bill through the slot and the cashier's screen asked her to scan or write the public key of her recipient's BTC wallet. She took out her cell phone, opened EXODUS and clicked on "receive BTC", passed the QR code through the scanner and a few seconds later, the ATM was already validating the operation. Then, EXODUS had already detected the start of the transaction and was waiting for confirmation from the miners that came almost immediately after...
Calculating the fees that the ATM operator took, I think they were around 8% or something more... it seems quite a lot but as everything went and, given the level of security that this system offers you, it seemed to me a "fair" commission.
I am satisfied with how everything went and how little "traumatic" the process meant for my daughter.

My daughter is already planning to make small regular contributions to her plan to accumulate BTC through this system.
It may not be the cheapest but, in my opinion, the most reliable, at the moment.