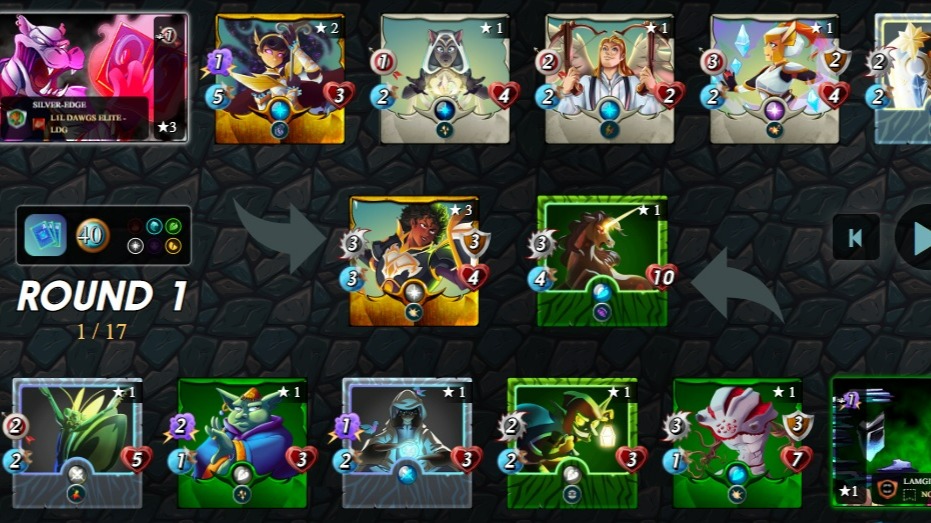 Splinterlands Weekly Battle Challenges - I've been travelling so have missed a few challenges but found a moment to get a battle in and join in the one for this week.

Life can be a challenging splinter at times but does have some quite useful cards at Silver/Bronze levels - The Time Mage is one of them. 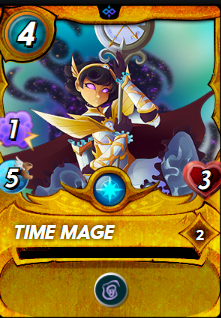 I happen to have a gold foil Time Mage but even as a regular card the Time Mage is useful in the early levels - Why? The slow ability - as we all know speed kills so slowing down the opposition can be the difference between winning and losing!

For this battle I was working on a life quest which was convenient as I could knock off the weekly challenge and try get one of my daily quest battles done too!

Chaos Knight (6) - to tank with the shield ability;

Time mage (4) - for the magic damage and the slow ability;

Venari Crystalsmith (4) - for the ranged attack and the heals;

Prismologist (8) - for the powerful ranged attack with the blast ability as well;

Shieldbearer (8) - for the taunt ability to split damage away from the front and buy my attackers more time.

Using the whole cap this team had a strong tank in the front and the back but was vulnerable to magic.  With Time mage slowing the opposition there was a good chance that if the opposition was magic heavy they'd be quite slow though and that means my team would likely attack first and as we all know, speed kills!

And my opponent went with Earth and Obsidian meaning they could have a powerful magic lineup.  As it happened they went with a mix of magic, ranged and melee instead which was a surprise.

Obsidian (4) - for the bonus to magic attacks;

Unicorn Mustang (8) - A solid tank, very strong vs magic due to void and fast;

Mycellic Infantry - (8) - as a second tank to mitigate physical attacks with shield;

Goblin Psychic (6) - For the two magic attack and the healing;

Also using the whole cap his team used Obsidian but in an interesting turn did not use a lot of magic attack.  Maybe trying to surprise me?

And so lets see how it plays out:

Turn One - Apart from the Unicorn Mustang all of my team attack before any of his team leaving his team as follows before he even gets a chance to attack:

His team goes next doing some solid damage but almost all to the Shieldbearer so at the end of turn one my opposition has lost his Mustang and I still have the Chaos Knight and Shieldbearer as tanks.

As you can see from the speed stats my team is faster than his so all of my team goes first quickly taking out both the Mycelic infantry and the Goblin Sneak and damaging the Elven Mystic.  The remains of his team fires back but cannot kill either the ShieldBearer or the Chaos Knight. 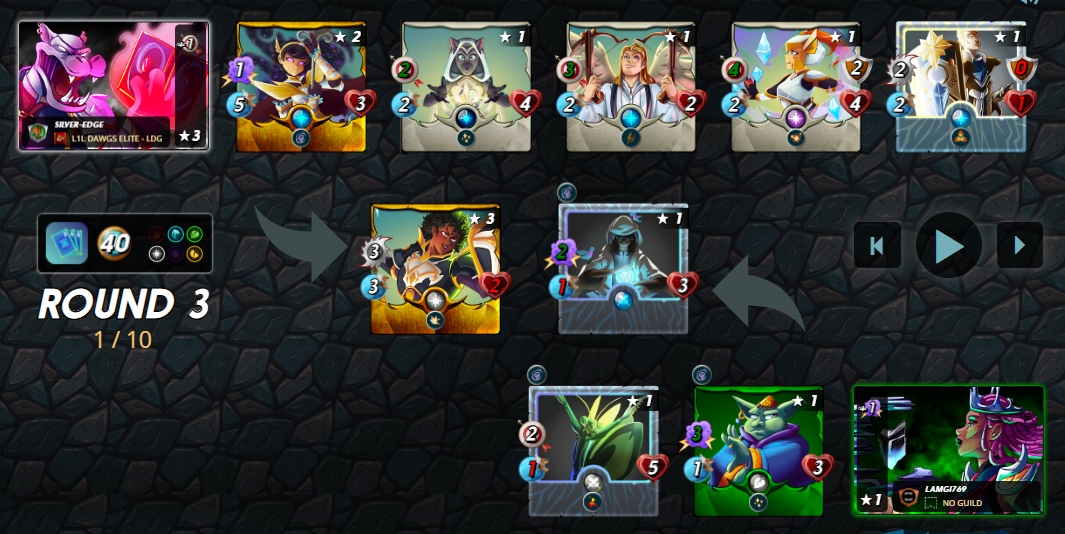 And my team easily finishes the rest of his as they all go first and his team has no chance at all.

So an easy three turn battle - a couple of things to note: