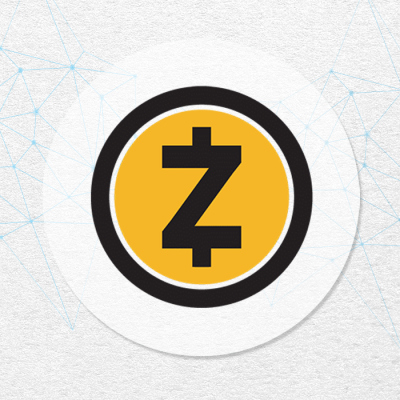 Zcash (ZEC) is a project that was in development very early in the life of the crypto market, and inherits much from a previous initiative: Zerocoin. Zcash was released in October 2016 and has garnered much attention for its work on zk-SNARKs, a pioneering privacy protocol that is being reviewed by other cryptocurrency projects as well.

Zcash is a privacy focused token, and lets users completely shield transaction information. However, there is the option to send transactions with selectively disclosed information as well, such as for when the data may be needed for audits.

Zcash’s founder Zooko Wilcox, who is a respected voice in the cryptocurrency space, has described the project as being a global, permissionless blockchain that can effectively shield transaction data. The origins of the project go far back to the 1980s, when zero-knowledge proofs were invented. Zcash improves upon ideas laid in the work of zerocoin.

The most anticipated update arriving on Zcash’s roadmap is its Blossom phase, where it introduces such features as harmony mining, shorter block times and increasing the transparency of the funding streams. Harmony mining in particular is an interesting development, as it is catering to both ASIC and GPU miners. It is a dual PoW scheme algorithm that is designed to work with existing mining equipment, as well as GPUs on a shorter time scale. This is intended to make the network more democratic.

There are few practical ways to earn fraction of cryptocurrencies from the Telegram application and one is the group we will discuss imade up of only 4 bots connected to the following cryptocurrencies: Bitcoin, Bitcoin Cash, Dogecoin and Litec...

I have been compared to Steve Jobs by some of my followers in the past, and while it was intended as a compliment, I’ll let you know why I did not receive it that way.  I do plan to be a lifelong R&D innovator, which explains some connections. I’ve b...

Now and then I occasionally talk about privacy-related matters and why I think this is so important. Now I want to talk about why are one of the most popular cryptocurrency in the crypto world privacy coins. As I have said before in a recent article,...

We are used to thinking of a "coin" as a flat cylindrical metal object, because that is what the ancestral code of thousands of human beings passed down for generations. For several years I have been trying to make entrepreneurs understand, the new c...

A good site returns to normal.. but what happened before that ?!

I wrote nearly three days ago, on December 1, about a site that shocked us all when it suddenly decided to make donations compulsory and impose it on its members... My article was titled: Compulsory donation or immediate Banned ... strange behavior f...

Today we’re going to analyze (ZEC) In my opinion, it's a great digital currency & it’s on her way to make a higher record in price according to its previous performance as of now doing (just remember these words) will do it sooner. ( ZEC ) is trading...

In my last article, I said I would task myself to learning a little on every crytpo, both existing and new. Please your comments are highly recommended.         I'm going to explain what I've learnt about zcash, as simple as I possibly can. ...

Crypto-November and a new beginning!

I will start this post by saying that on the 1st of December is the National Day of Romania. 102 years ago, Romania managed to bring under one authority all of its historical and rightful territories, stolen in the past by former empires. The event...

Zcash, a fork of Bitcoin, shares many similarities with Bitcoin. Total supply of Zcash is 21 million and it is the same as the supply of Bitcoin. The initial development work on the project started in 2013 and the first Zcash was mined in 2016. Zcash...

If you want to witness the growth of a fantastic project, this is the moment and I will explain how and why. PipeFlare is a site that supports game developers. It has 3 faucets with direct instant payments to your ZCash & Dogecoin wallet, as well a...