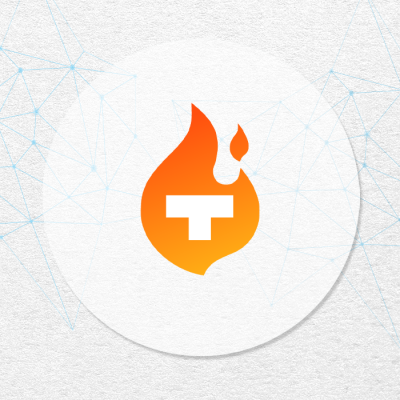 Theta Fuel (TFUEL) is a cryptocurrency made by Mitch Liu and Jieyi Long in 2019. It is the second token (gas token) of the Theta protocol and is used in conjunction with the Theta (THETA) token.

While the THETA token is used for governance of the Theta protocol and staking as a Validator or Guardian node, Theta Fuel (TFUEL) is the operational token of the Theta protocol. In fact, Theta Fuel has even more utility than Theta’s primary token. TFUEL powers on-chain operations like payments to relayers for streaming video, or for deploying/interacting with smart contracts. Users earn TFUEL for relaying video streams to other users on the network and viewers can earn TFUEL as a direct reward just for participating in the network.

Theta Fuel was only launched in March 2019 when the Theta mainnet went live. During its launch, for each Theta token that was held by users/investors, they received 5 Theta Fuel to seed the ecosystem. A total of 5,000,000,000 TFUEL was distributed to Theta token holders (5 for each of the 1 billion Theta Tokens). Now, the supply is set to increase at an initial annual target rate of 5% with the new annual rates being determined at the protocol level.

A common question among the crypto community is why did Theta introduce a secondary currency (TFUEL) at all? According to the Theta team, the primary reason is to separate the staking/governance and operations/transactions usage of the token. Theta’s two token model also reportedly enhances the protocols security.

What is The Theta Network?

The Theta Network is bridging the gap between blockchain technology and video content creation to heights never seen by any competing project until now, with Web 3.0 and decentralized finance paving the way for digital and economic freedom.The Theta...

What Is Theta Fuel TFUEL Crypto? TFUEL Price Prediction. How To Get TFUEL Coin?

If you are wondering what TFUEL coin is, you have come to the right place. This article will also tell you how Theta Fuel is used, and how to get TFUEL coin, by the way, the best choice is StealthEX. All this and much more in our new article. So let’...

Singer Katy Perry has just announced to her 108 million followers on Twitter that she is launching her first ever non-fungible tokens on the Theta Network. Later today, Theta will release their mainnet 3.0 which will introduce TFuel staking for hold...

Theta Mainnet 3.0 goes live today June 30th 2021 Theta has been releasing lots of incremental improvements to lay the groundwork for their Mainnet 3.0 launch.  In reality, 13-months to bring major advancements sounds reasonable to me. Theta has been...

Theta Mainet 3.0 Set To Launch In The Coming Hours As THETA And TFUEL Drop

Theta Mainnet 3.0, its main goal quoted as 'introducing TFuel Staking & Uptime Mining,' is set to launch in coming hours as its native tokens Theta Network (THETA) and Theta Fuel (TFUEL) drop. Brief Analysis THETA over the past year has had a similar...

The Theta network is by far one the few great blockchains ever created. I am not going to get into why and how but you can go back through all my Theta articles and see for yourself! The Theta blockchain as a whole has a side meme that has officially...

I was scrolling through Reddit last night when I came across this gem. And to be honest at first I was just like "oh okay they got another patent cool". But it wasn't until I found out what it did that I realized how much of a game changer it is. On...

Theta Awarded US Patent for DRM of NFT's

Theta Awarded US Patent for DRM of NFT's   Theta scored another US Patent this one is for DRM (Digital Rights Management) for NFT's in a decentralized network! Why is this important? The new patent opens the flood gates for global content brands to s...

Theta And TFUEL | Watch Out For Another Breakout

Hey dear friends, hope you are well, and welcome to the new update on Theta and Tfuel coins. Release of Mainnet 3.0: only 7 days are left in the release of Theta Mainnet 3.0 and we have already seen that Tfuel has broken out the resistance and ral...

Theta Adds 9th Enterprise Validator Node - DHVC   Who are they? Theta added DHVC as their 9th Enterprise validator.  DHVC is a Venture Capital Firm based out of Palo Alto, California and has an office in Shanghai, China.   DHVC participated in Series...