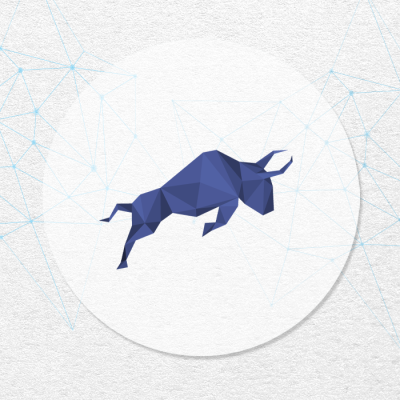 Polymath (POLY) is a platform that is attempting to migrate millions of dollars worth of securities to the blockchain. Launched in 2018, Polymath focuses strictly on the securities market, explicitly stating that stocks, bonds, venture capital and private equity - and generally the traditional financial market - are all yet to leverage the strength of blockchain to make the investment more accessible and convenient.

The team sees the programmable nature of tokens making traditional assets more liquid, affordable and accessible. This ability to make financial services and investment is at the heart of Distributed Ledger Technologies (DLTs), and the Polymath team envisions a future where token holders are equivalent to shareholders.

Security Token Offerings (STOs) are an up and coming trend in the blockchain and cryptocurrency space, and Polymath is diverting a lot of resources to assist entities launch their own security tokens on its blockchain. It has already helped in the launch of over 120 security tokens which follows Polymath’s own ST-20 protocol.

Polymath has teamed up with another prominent cryptocurrency project, Cardano (ADA), to build the world’s first regulation-compliant security token blockchain, “Polymesh”. They have also been collaborating with other projects such as Loopring (LRC). Together, they have successfully tested the peer-to-peer trading of Polymath’s ST-20 security tokens.

Visit DailyCoin for more articles One of the most popular methods employed by crypto projects looking to go public is the issuance of cryptocurrency security tokens. Unlike initial coin offerings (ICOs), which do not grant any rights or obligations,...

Hi friends hope you are well, and welcome to the new update on Polymath. On a weekly time frame, Poly is moving inside a very big down channel and recently it is getting rejected by the resistance of this channel. On a daily time frame chart, Poly...

POLYMATH CRYPTO MAJOR GAINS IN POLY. Right now Crypto is having a major correction cryptowide. There are a few that are exempt from this dump and one of them is called polymath poly. This crypto has made me a nice profit over the last few...

POLYMATH is going Parabolic right now. This is an emergency video. Polymath just broke out of a bull flag and the target is $1.03 so the chances of POLY heading to just about a dollar is very likely! So check out Polymath not financial advice...

WHEN TO SELL YOUR NUCYPHER/POLYMATH/MANA FOR PROFIT/LOSS

What up Jeff here with all my Bitcoin Renegades!! In this video I talk about when you would want to exit a position at a loss and I wouldn't recommend doing that very often but only to mitigate losses or stop from getting wrecked. Only...

One Plus One Equals Three

Give an example when 1 + 1 = 3 Would you mind playing a game? Let's find out how we can carry out arithmetic addition. Arithmetic addition is easy, we know 1 + 1 = 2. But, we want to explore how this simple arithmetical equation becomes invalid. ====...

What up Jeff here with all my Bitcoin Renegades! Polymath has been on fire since its release onto Coinbase last month! Well this token has oracles security tokens can be issued by Ploymath. Check out the white paper as well as the website...

Hey Everyone, welcome back to My blog Crypto Times and Hope you guys are doing good. This article on Polymath Welcome to Everyone on the Sixth article of All about crypto. If you have not read the other articles then go .. All About CARDANO (ADA)  A...

A week after "the largest hack in DeFi history"...

It's been a week since we first heard what was described as "the biggest breach in Defi space" with speculation mad about it.If you're not familiar with this incident, allow me to quickly bring you up to speed...On August 10, Poly Network's official...

#polymath #securities #tokens ⏰ Time Stamps ⏰ 00:00 Introduction01:51 The main page of Celcius Network09:07 Earn up to 17%13:47 Borrow at 1% APR PolyMath is an ecosystem of securities tokens. The advantage is fully regulated and you need to do the K...