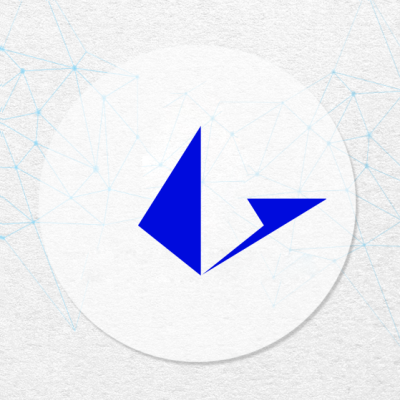 Loopring (LRC), which conducted its ICO in August 2017,  is a token whose purpose is to support the Loopring decentralized exchange protocol. With the tagline “the new crypto trading standard”, Loopring is attempting to do what all decentralized exchanges are focused on: giving users total control of their assets, with an additional focus on improving liquidity and tremendously lowering fees.

The true distinction of Loopring’s protocol, however, is that anyone can build a DEX using its open source protocol. Such a development, where DEXs are built on the Loopring protocol, would mean a shared network that greatly increases liquidity. The protocol is also blockchain agnostic, which means it can be deployed on any blockchain so long as it possesses smart contract capability.

The Loopring team has stated that their two major focuses of 2019 will be innovation and focus, with the former implying advancements in the blockchain tech, such as new research that may optimize the Loopring protocol. Focus refers to the development and improvement of current goals, features and strategic projects.

Currently, the team is working on version 3 of Loopring, which would bring about such changes as orders being matched off-chain but settled on-chain. Additionally, they are exploring new trading models and deploying Loopring 2.0 to the Loopring Chain, an application specific sidechain used exclusively for Loopring protocol orders.

Loopring also has two tokens on other chains; the first one being LRC (Ethereum), but also LRN (NEO), and LRQ (Qtum). You can enable trades on each of them without the need to lock down your cryptocurrency balances.

"Not your keys, not your coins" is a phrase which has proved to be true so many times (coughs Celsius). Holding your coins over a centralized exchange defeats the whole purpose of having decentralized blockchain in the first place. To be the owner of...

Investment Disclaimer: I am not a registered investment, legal, or tax adviser or a broker/dealer, and all opinions expressed by me are from my research for educational purposes only. Past performance presented here is not an indicator of future per...

Loopring LRC- Is it pump or dump?

Hi Readers, It is good to meet you all and would like to share my observations on Loopring (LRC) It is nice to know that the LRC has touched $ 1.32 and currently trading at $ 1.30. As discussed earlier, when LRC traded at lower you could have done th...

BTC Is Set to Rally After a Spike in Volatility. The Top Cryptos Under $2 Billion Market Cap to Watch

It has been a period of low volatility and price consolidation for Bitcoin markets, which has seen trading rise from $40,544 at the start of last week to the highest level of 47,408 briefly hit on March 28 and slightly down to $47,209 as I write. Thi...

Hi Readers, Happy to meet you through this article again. Last month, I have shared my initial experience of Trading Bot with Kucoin platform.  I strongly recommend you to study my above linked article and continue reading this article.  After I have...

Best Performing Cryptos of the Week

Will Cryptos beat the inflation?

Hi Readers, We have witnessed a high turbulence in the Crypto market. One of my favorite Cryptos in the watchlist, Loopring (LRC) has pumped >42% and touched a high of 1.22819 USD in my trading platform today.  You are all right! I have sold a bunch...

Hi Readers, This has in continuation of the my article on Loopring (LRC) with the title Shall we bet on LRC? on February 3, 2022, where I have mentioned to consider some average buy or to take some fresh positions so that you can get away with some h...

Shall we bet on LRC?

Hi Readers, Loopring (LRC) token is noted for its zkRollups initiative in the Defi Space to minimize the number of transactions in the Etherium block chain and thereby reduces the costs and times for the traders.  LRC was a much noted Crypto Token in...