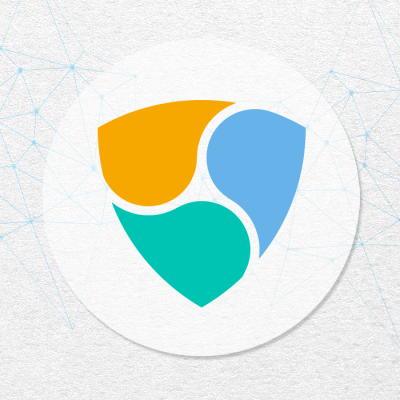 NEM Coin (XEM) is a cryptocurrency made by UtopianFuture (a BitcoinTalk Forum User) in March 2015. NEM stands for New Economy Movement and it was started as a fork of NXT. However, the code has been thoroughly re-written in C++ giving rise to an entirely new codebase. It is a dual-layered blockchain solution that will power the Smart Asset Solution, a blockchain solution built on top of API calls.

The Smart Asset Solution is an innovative introduction to the blockchain space as it basically means that developers will not need to run any special NEM software as all functionality is accessed through API calls, increasing the efficiency in the development process for building dApps on the NEM blockchain. This greatly increases the flexibility for developers as it allows them to not only build dApps that can access the NEM API directly but also mix these API Calls with other server data whilst having NEM running in the background.

NEM also employs an innovative consensus algorithm that has been dubbed as Proof-of-Importance (PoI). PoI gives rise to a secure and decentralized network in which all nodes are well behaved as the system assigns an importance score that determines how often it can harvest XEM. Think of harvesting as mining; the higher a node's importance score, the more mining it can do. The importance is derived from users Vesting coins, a process where coins are locked up, similar to staking. The coins become "Vested" over time, increasing the importance score. Users need to have at least 10,000 XEM to be assigned an importance score.

In this tag you can discover NEM Coin (XEM) news, price prediction, opinion and analysis created by users.

The Symbol project was officially launched on 17th March, 2021, and was developed by the original core team behind NEM, known for its proof-of-importance algorithm. NEM is still maintained, and will eventually run off the newer Symbol blockchain as a...

Back in 2014, one idea was very popular in the crypto space: creating a blockchain alternative to Bitcoin’s where developers could build their own digital assets, and the native cryptocurrency of this network would fuel transactions on it. Many proje...

How to trade NEM?

NEM is a blockchain platform, the main task of which is to create a truly decentralized crypto economy with the elimination of the problem of property inequality inherent in most financial models.  What is NEM (XEM)?  NEM developers claim that the...

My first NFT, on symbol!

Yes I've waited it for a long time, I wanted to mint an nft, just beacause it's a trend, not beacause I'm an artist.... On Ethereum It costs too much and there are so many artists, and I am nobody; So my chanches to sell my Artwork were near to 0%. I...

What Is NEM and How to Buy It?

What is NEM crypto? The first block on the NEM Blockchain was mined on March 28, 2015, however, this project had already been developing for a year. In January 2014, NEM’s founder Gimre started work on what would be his new cryptocurrency called NEM,...

NEM(XEM) The Last Few Hours Before The Big Move

Last Time When Ripple (XRP) Did This, It Rallied 200% Now NEM (XEM) Is Following The Same Move

Symbol (XYM) – the Most Promising Blockchain for Business?

The Symbol blockchain is the release of NEM foundation startup (developers of NEM cryptocurrency). As stated by the authors, Symbol was designed as a new version of the NEM blockchain, optimized for the corporate and business sector. The launch of th...