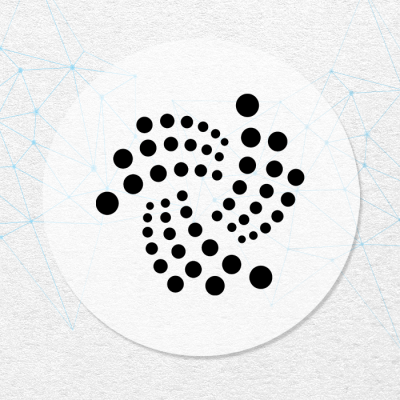 Launched in 2015, IOTA (MIOTA) is a unique project that differentiates itself from the other major cryptocurrency projects by virtue of its Decentralized Ledger Technology (DLT), called the Tangle, which is based on a Directed Acyclic Graph (DAG). The IOTA Foundation, which spearheads decision making for the project, was established by Dominik Schiener and David Sønstebø, and is headquartered in Germany.

IOTA is a project that has received a lot of attention for its unique Tangle technology, which, while a Decentralized Ledger Technology (DLT, is not the same as the technology used by Bitcoin, Ethereum and many other cryptocurrency projects . The MIOTA token has received much coverage because of this technology, which the team claims will work faster as more transactions are tacked on to the Tangle.

IOTA’s primary focus is on the Internet of Things, which the purported advantages of Tangle would be ideally suited to, considering that the number of devices in the world is expected to top 50 billion by 2025. One part to IOTA’s vision is to link different technologies, and this may be possible with the ever-accelerating processing speeds of IOTA’s technology. The team has already established multiple partnerships with notable entities in different industries, entities that seek to leverage the power of the Internet of Things to boost their business. One example of this is Volkswagen and Jaguar Land Rover.

The project most recently announced the death of its coordinator on the network, a necessary element that ensured that the network was operating according to plans. However, being centralized, the coordinator requires removal, so one of the next upcoming developments for the team is to remove the coordinator.

Distributed Ledger Technology (DLT) or blockchain holds immense potential that can help tackle some of the issues facing the Internet of Things (IoT) such as scalability and security. Many see blockchain as a digital information game changer for IoT...

With IOTA's history of hacks, I wonder how the guys at Hashgraph do their things sans hiccups? I mean, their "gossip about gossip" protocol is basically a DAG on steroids! My opinion? I suspect that Hashgraph's success has a lot to do with the fact t...

How to sell IOTA: Guide for Beginners

The Internet of Things (IoT) is a new industry that is just beginning to integrate into the daily life of society. People don’t know much about IoT, but they talk a lot. In this article we will look at the IOTA project, which seeks to make a signific...

I wish you all a healthy and prosperous new year. In this post, i will write how easily you can stake your IOTA to Firefly wallet and get ASMB and SMR tokens as interest.         First of all, you have to buy IOTA from your exchange. Then you...

Hi dear friends, hope you are well, and welcome to the new update on IOTA coin.Long term resistance:On a weekly time frame, IOTA is trying to break out a low-term down trendline resistance. The priceline has already bounced by the key support of $...

IOTA in focus, is it blockchain 3.0 or a failed experiment?

How good a blockchain is, doesn't always result in it being a good investment. Popularity, community and the crypto's history is very important. IOTA was built to bring about the next big blockchain revolution, but the road has been all but steady. H...

Fantom in focus, how this powerhouse blockchain works

Fantom is a "blockchain" that runs on a scratched built DAG consensus method. This aims to give close to zero fees and near instant transaction times. But can Fantom really live up to those claims? Will it be able to compete with the market today? Ba...