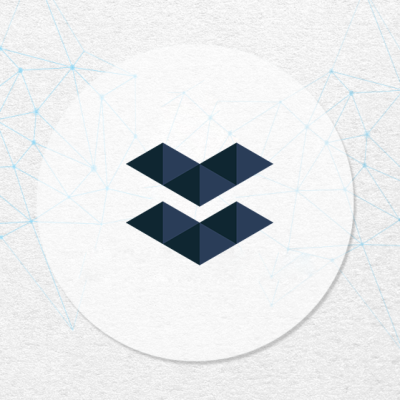 Elastos is a blockchain-based internet project creating a new smart economy model. Founded by the Elastos Foundation, led by Rong Chen and Feng Han, in 2017.

With the tagline “Welcome to the modern internet”, Elastos’ development covers smart contracts, digital identities and side chains. With the combined help of these features, the team hopes to design the foundation of a new internet, often called Web 3.0, one that is more secure, private and interconnected.

The project’s ELA token is a utility token that is at the heart of this web, used across the dapps, which the team says will be available on both phones and desktops. The four principle elements supporting the development of a new web are the Elastos blockchain, Elastos runtime, Elastos Carrier and Elastos Software Development Kit (SDK). These offer the critical features that underpin a decentralized peer-to-peer internet that supports multiple dapps.

Elastos’ blockchain launched in December 2017. Since its launch, the team has developed and released several features, such as the Elatos browser for iOS, version 5.2 of the Elastos Carrier and the launch of sidechains.

2019 is expected to bring the launch of a sidechain scaling solution. Other upcoming milestones of 2019 include the launch of Cyber Republic, a robust community of a diverse set of individuals that are working together to encourage adoption and build the Elastos ecosystem.

Elastos, The EVERYTHING Ecosystem...

As I search the web, when I have time, I always come across "the next big thing!" It's that normally, the thing they are talking about is more often than not just another crypto that has very little to offer. Until the other day I came across a discu...

The Austrian School of Economics has become super fashionable since the cryptocurrency uproar and the gradual tokenization of world economies began. The problem is that it’s being cited by guys who don't have the slightest idea of what it is, and who...

Elastos 3-Year Anniversary & AMA In case you did not know, Elasto will be celebrating their 3rd anniversary today, and you are invited! They will be hosting a long AMA formatted Live Stream on YouTube, which you will find embed in this post, if you d...

WHAT IS ELASTOS? Elastos is a service based on a connection of many computers (which is called a blockchain) that allows you to keep your important information (which includes your personal data, movies and books) private and safe, and allows you to...

Ethereum 2.0.  In 2017, cryptokittes was launched on the Ethereum network; it caused massive congestion issues. The Ethereum blockchain was not able to handle all of the transactions that flooded the network, gas prices skyrocketed, and the network...

While projects like Ethereum are working on solutions galore and have roadmaps 1-2-3 years down the road, Elastos has already come up with a scaling solution via its unique side chain infrastructure and Carrier network amongst other features. And,...

5 Low Market Cap Coins You Should Be Looking At!

1. Genesis Vision Woah, woah, woah I know what you're saying "A list that starts with $GVT, I'm out of here", but before you go... hear me out! Ask yourself, why are you reading this post? Because you want to see my opinion right? But why? You don't...

Bitcoin is down right now... But you shouldn't be!

Do you know what my favorite crypto story is? It's the one we've all heard, someone hears you talking about Bitcoin or another cryptocurrency and then they interrupt your conversation to tell you how they could have been rich if they would have put i...

How Elastos will usher in the New Internet

Elastos (ELA) is a third generation blockchain platform, similar to EOS and Blockstack. They aim to be the chosen operating system for blockchain and IoT devices. This will allow their virtual machine to run d’Apps on any types of device, including...