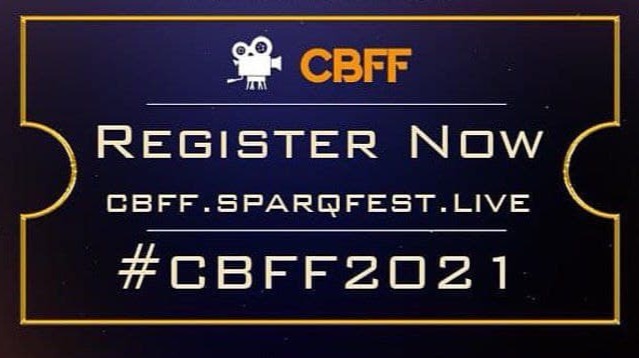 You may not know it yet, but Rapids Network has just signed a partnership with the most emblematic Film Festival of Wales

The Carmarthen Bay Film Festival, of which Rapids Network is the official sponsor of the "Short Films" category

The 16th of May, the CEO and Founder of the CBFF Kelvin Guy was received in the wonderful Mari Thomas Jewellery store and gallery, in the wonderful town of Llandeilo, to announce the nominees of this 2021 edition, which is a special edition, as the Carmarthen Bay Film Festival celebrates its 10th anniversary!

Among the categories in contention you have :

Each category contains several hours of Videos! And all are/will be available online.

While the Cinema is suffering from the current pandemic, the Carmarthen Bay Film Festival invites itself to your home. To offer you afternoons and evenings at the movies, with family, friends, or alone (you decide) on your couch or in your bed, the most important thing is to make yourself comfortable to enjoy the CBFF 2021

Giving you access to hundreds of videos, all nominated for this special edition of #CBFF

Because CBFF is not just a festival that promotes local filmmakers, but is above all a festival of independent film on a global scale.

Don't waste a minute, and start now to watch the CBFF 2021 Nominees, for free on the website : Carmarthen Bay Film Festival Online Events

A registration is necessary, it is good to note that the films will be available for viewing only for 50-60 hours, so don't delay if you want to watch as many as possible - You can also add in your 'Watch List' the films you want to see, so you won't miss them, when the viewing will be open to the public. You can also 'Share your favorites' on Facebook and Twitter.

Enjoy the viewing to all! And you can enjoy the best of the short films, movies and animations that young and old filmmakers around the world have to offer.

We remind you that Cinema is to be consumed without moderation : Carmarthen Bay Film Festival Online Events