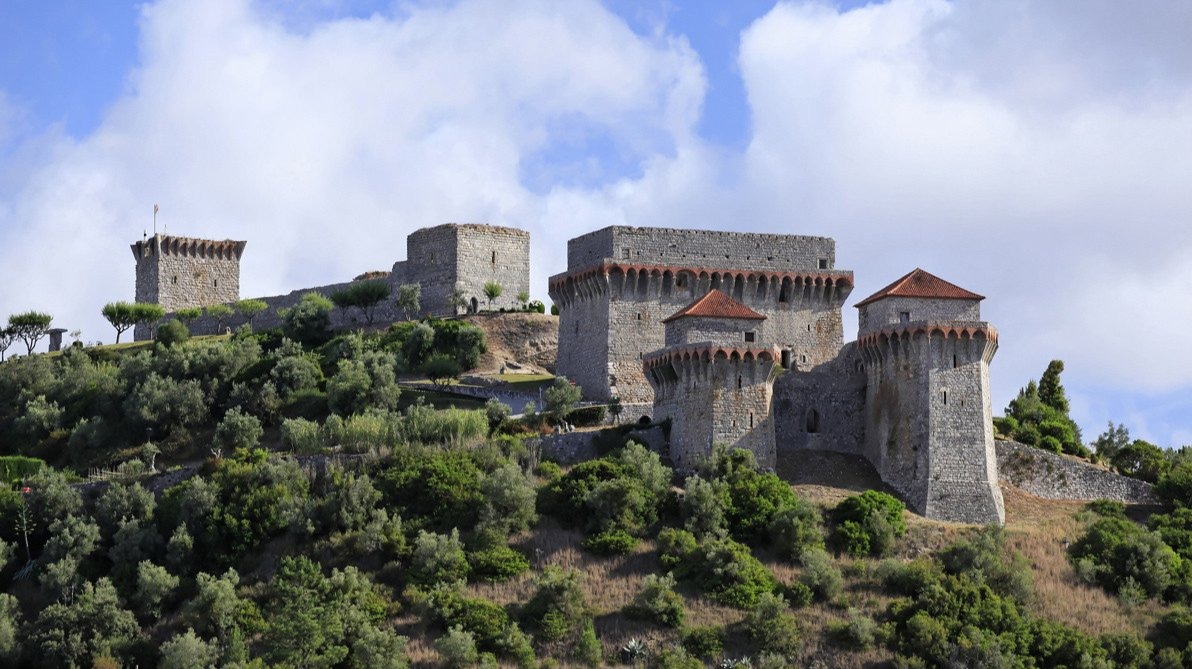 Situated in the parish of Nossa Senhora das Misericórdias, in the municipality of Ourém, district of Santarém, right at the top of the city, is the Castle of Ourém, also known as Paço dos Condes de Ourém.

To get there, it is necessary to climb a steep slope that crosses the old area of Ourém.

The Castle of Ourém, constitutes as a central landmark of the village in the Middle Ages. It consists of three quadrangular shaped towers, boasting a triangular enclosure, in which can be found an ogival shaped underground cistern, which is fed by a water source. There is evidence that the castle is situated in a place inhabited since the Chalcolithic. The original castle was conquered from the Moors by D. Afonso Henriques, first king of Portugal, in 1136. However, the present castle was built only in 1178.

The story goes that the name Ourém is due to a Moorish woman who fell in love with a Christian knight and who, after converting to Christianity, adopted the name Oureana. Before that, this land was named after Abdegas. This fact can be seen in the charter letter granted in 1180 to D.Teresa by her father, D.Afonso Henriques, in which it was written "Auren, formerly called Abdegas". The north-west facing tower is known as the "D.Mécia Tower" due to what happened during the reign of D.Sancho II. When the king married D.Mécia Lopes de Haro, the supporters of Infante D.Afonso, worried that some illegitimate descendant of this union might come, decided to kidnap her and imprison her in that tower, where she remained until she retired. to Castile, where she continued to call herself queen of Portugal until her death.

It was from here that D.Nuno Alvares Pereira, 3rd Count of Ourém, left for the Battle of Aljubarrota. Alluding to this, an image of the Count was placed in the large Terreiro de S.Tiago, on the north side of the Castle. On the south side is the Palace of Count D.Afonso, with its two turrets, owners of an unusual architecture that fuses military and palatial architecture in a Venetian-inspired style. The Palace received this name, since it was D.Afonso, the grandson of King D.João I, who transformed the former castle into residential Palace, and also ordered the construction of the Gothic stone fountain at the entrance of the village.

In 1755, during the Lisbon earthquake, both the castle and the old part of Ourém village were partially destroyed. At this point, the village is abandoned, settling in Aldeia da Cruz. As the population of the old town shifted to Aldeia da Cruz, this region evolved rapidly and was elevated to the category of town in 1841, named after Vila Nova de Ourém.

In 1934, the War Ministry returned the Ourém Castle to the Public Treasury which, although it intends to carry out restoration works, suspends them for lack of funds. Twelve years later, a great storm occurred in this region, causing great damage to the roofs of the turrets. In 1963, 6 meters of walls collapsed, and the Parish Council of Ourém reconstructed the walls three years later.

Over the years, some restoration work was carried out on the castle, as well as the installation of informative signs.

On June 20, 1991, the city of Ourém was formed by joining the old village of Ourém with the Vila Nova de Ourém.

Currently, Castelo de Ourém is not used for any other functions, assuming only the role of historical landmark of tourist interest.