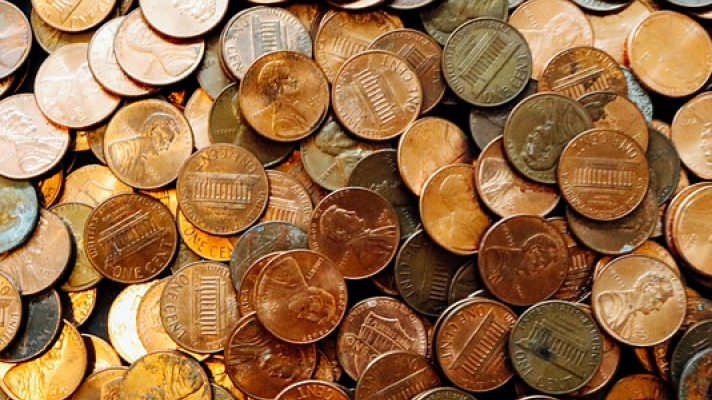 Which is the best POC coin?

The most popular of 2019 is Proof of Capcity (POC ) mining. The wave of POC mining is first opened by BURST. The POC consensus uses hardisk capacity to mine. Compared with the high threshold and high cost of POW mining, the POC consensus proves green energy saving, low power consumption, low threshold, more in line with Nakamoto’s decentralized vision, truly realizing that everyone can mine.

We have compiled the most popular POC projects in the market and POC Rising Stars, namely BHD, LHD and Diskcoin. In order to more intuitively see the pros and cons of each POC project, let investors and miners find the favorite POC project, below we will compare and analyze the three aspects of miner’s token distribution ratio, annualized rate of return and market participation.

BitcoinHD (BHD for short) is a new crypto currency based on Conditioned Proof Of Capacity (CPOC). Its main feature is to use the hardisk as a consensus participant, reduce the consumption of power resources by crypto currency, lower the threshold for participation, and make its production mode more decentralized, more secure and credible, and everyone can participate. The mining of crypto currencies generates credit and value through mathematical algorithms and distributed mining.

LHD is based on the PoC ecosystem. It adopts the hardisk mining mode, and PoC has many advantages over PoW, such as energy saving and environmental protection, multi-chain symbiosis, lower mining thresholds, and cost control. LHD multi-chain symbiosis, “one machine and more mining”, and “0” pre-mine. Even if the PoC eco mining rigs is used to mine LHD, other PoC currency mining can be realized. LHD has certain application scenarios. Its future construction application scenarios are mainly in the three areas of payment, PoC eco-smart contract “one-click coin issue” and PoC eco-centralized exchange. Objectively speaking, the LHD ecological scene is mainly biased towards PoC ecological miners.

Diskcoin is an energy-saving peer-to-peer new crypto currency. It retains the advantages of Bitcoin, such as peer-to-peer networks, streamlined network frameworks, security features, etc., but is more energy-saving than Bitcoin. Diskcoin adopts the CPoC consensus algorithm (Conditioned Proof of Capacity) to reduce energy consumption, save energy, and reduce the barriers to entry; to make the crypto currency generation process more decentralized without affecting its security. Miners want to get the most benefit, and they need to Stake the corresponding number of Diskcoins when mining. The proportion of Stake is not fixed and will not decrease drastically. The DES (The Dynamic Equilibrium Staking) mechanism used by Diskcoin automatically adjusts the proportion of Stake required based on the mining difficulty.

The design of the Token mechanism for most POC projects is divided into two parts, one part is the pre-mine part. Generally speaking, this part is directly for the team, and the other part is the mining part of the miner. In the Token mechanism, the greater the proportion of pre-mine, the more the benefits of the miners are diluted. The project with the most dilute interests of miners is BHD. 15% of Token benefits are occupied by the project side. The least dilute of the miners is Diskcoin. 100% of Token belongs to miners. It can be seen that the benefits of Diskcoin to miners are maximized.

BHD: You need to hold 3 BHDs per T to open full mortgage. In the first month of the initial mining, the miners are completely exempt from mining; from the second month, the miners are subject to conditional mining. If the conditions are not met, the 30% of the full-scale mining revenue remains unchanged. Of the remaining 70%, 43% are directly accumulated to the next eligible block address, and the remaining 27% are allocated to the BHD Development Fund. After each 33600 blocks (about 10 weeks), the BHD Development Fund’s revenue is reduced by 2%. Reduce the partial accumulation to the next block that meets the conditional mining, until the first halving, the BHD Foundation’s revenue is reduced to 5% and no longer decreases, and the 65% of the revenue that does not meet the conditional capacity mining is accumulated to the next block that meets the conditions for mining. If the miner meets the conditions for mining, he/she will receive 95% of the proceeds and 5% will be included in the foundation for marketing.

LHD: You need to hold 6 LHDs per T to start full mortgage mining. The number of LHDs held per T is reduced by 3% in per 8,064 blocks . If the miners do not meet the conditions for mining, they will only receive 10% of the revenue, and the remaining 90% will be transferred to the foundation for system development, marketing and operations. Full mortgage will receive 100% of the proceeds (full mortgage mining also deducts the cost of the foundation promotion)

Diskcoin: Miners need to Stake corresponding Diskcoin to get the most reward. In the absence of Staking, miners receive 40% mining award, and the rest will be transferred to the Diskcoin Foundation to cover project development costs, operating promotion costs, and as a fund to support related ecological projects. If there is enough Staking, the miner will receive nearly 100% of the mining reward. The proportion of coins that need to be Staked in Diskcoin mining is not fixed. For the first 1800 blocks, the miners will receive a 40% block reward in a fixed percentage. Starting at block height 1801, an algorithm called DES (Dynamic Equilibrium Staking ) is enabled. DES will automatically adjust the percentage based on the difficulty of mining, the number of produced Diskcoin and the percentage of Staked Diskcoin to ensure good operation of the entire system.

Under the Mortgage (Staking) mechanism, the full mortgage mechanism of BHD and LHD will give the miners some pressure, because the miners need to hold a certain amount of coins to get more revenue. According to the current market prices of BHD and LHD, users with large capacity to mine, and the initial investment cost is very high. The Dynamic Equilibrium Staking mechanism adopted by Diskcoin has lower requirements for miners’ early investment, and it has achieved a real low threshold mining, and everyone can mine.

BHD is currently the hottest on the market, but BHD is not young compared to other POC projects, so there is not much early participation in the reward. The later POC project Diskcoin is better than BHD and LHD in terms of miners’ distribution ratio and Stake income. The dividend is the largest and the market has the highest participation. For miners and investors preparing to enter the POC, Diskcoin is a new opportunity for wealth that should not be missed.

This blog intends to introduce coins, and posts news about proof of capacity.