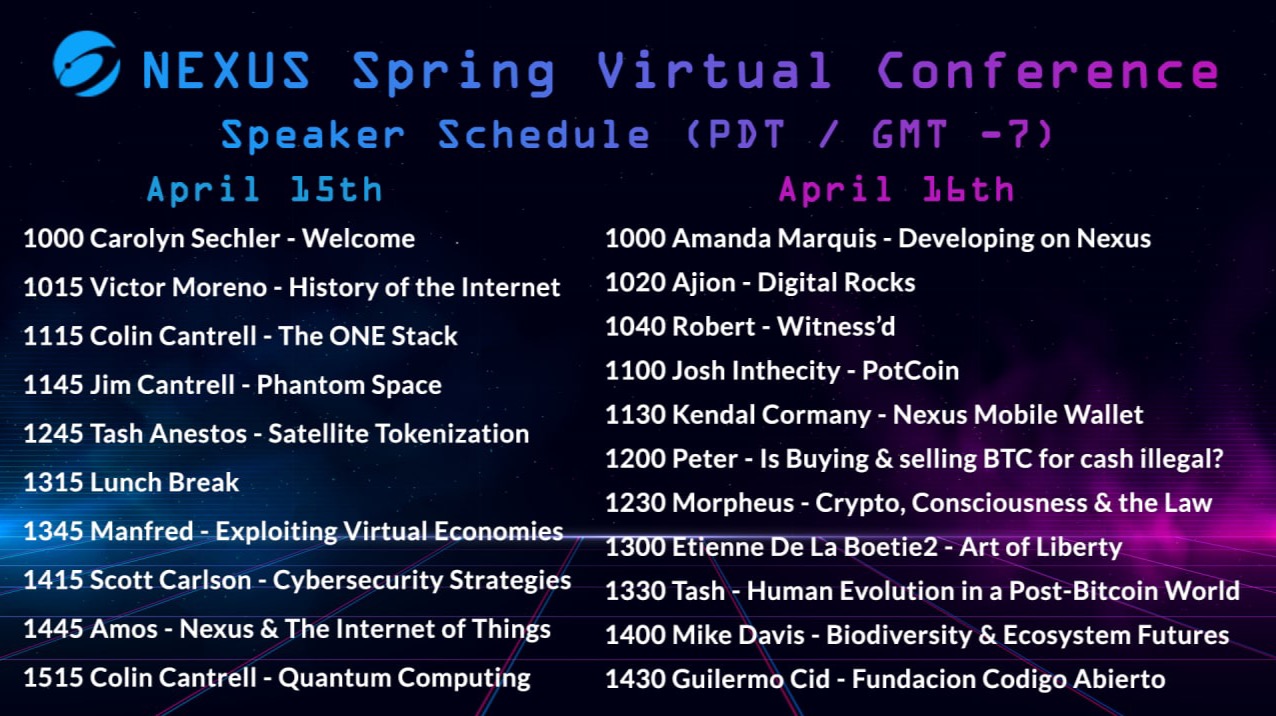 Tune into Youtube for the livestream of Day 2 to listen to Nexus developers, ambassadors, DApp builders, & freedom speakers!

Below is the recording of Day 1, which featured specialists in Space engineering, Network architecture, Security, and IoTs.

Contracts: Nexus supplies a 64 bit register-based virtual machineas the heart of its smart contract engine. A suite of APIs gives developers access to numerous ready-made contract functionalities. This relieves DApp developers from the burden of learning a smart contract language.

This blog features introductory articles about the Nexus Blockchain and Cryptocurrency. Nexus is a community driven project with the common vision of a world inspired by innovation and responsible values, expansive technology, and the fundamental quality of connection being ubiquitous, free, and available to everyone. Our technology is designed to simplify lives, empower communities, and streamline business, while embodying the founding principles of Satoshi Nakamoto, the creator of Bitcoin. www.nexus.io