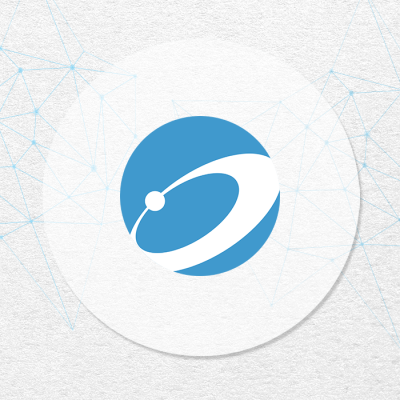 Nexus (NXS) is a cryptocurrency made by Colin Cantrell during September 2014. It is a quantum-resistant, decentralized three-dimensional blockchain network that aims to take the decentralization of blockchains to the next level.

Through a Global Mesh Network, which will include low-earth satellites as nodes, the team over at Nexus aims to take their blockchain out of the reach of any government mining program or controlled mining pool monopolies, effectively increasing the distribution of the network. Their platform improves on speed, scalability, security, and accessibility of traditional blockchains through their 3D-blockchain infrastructure.

The 3D blockchain uses 3 different consensus mechanisms that are designed to improve on-chain scaling and reduce miner centralization. The 3D blockchain includes; a Prime Channel - which is a PoW channel, a Hashing Channel - a PoW channel which uses the HashCash algorithm, and a Proof-of-Holdings Channel - which is similar to Proof-of-Stake, where users earn NXS by locking their coins up to secure the network. Stakers are rewarded NXS depending on factors such as the interest rate, trust rate, block weight, and stake weight. These three channels are encouraged to work together as the mining rewards are issued through a reservoir system rather than a reward per block. This creates a system in which each blockchain in the system is not competing and therefore will not gather too much hashing power within the network.

Perhaps the most appealing aspect of the Nexus network is the upcoming Low-Orbit Satellites that are to be launched to act as a node within the distributed Global Mesh Network. The launch of these satellites will help to grant worldwide access to the Nexus network which is outside the influence of any government censorship.

Don’t lose it all, decentralize and take control

When the all-in-one crypto banking provider Celsius, froze withdrawals and filed for bankruptcy, over one hundred thousand customers instantly lost access to their money.  For many, who were attracted to the generous interest rates, it was their life...

Hello, Nexus community! I am finally back and getting into the swing of metrics updates for some of my favorite blockchains. This time, it won’t simply be blockchain metrics - but also some general community updates as well of what Nexus has been wor...

The Difference of Testnet and Mainnet - No Code With Nexus

No Code With Nexus - Introduction

In the last 22 months since Nexus released their Bubble plugin, the interest in No Code development has grown significantly within the Nexus Community. I have been fortunate enough to grow familiar with Bubble and Nexus over that time, and I feel tha...

The inventor of Bitcoin, Satoshi Nakamoto, believed the future of money should be free of control from entities who repeatedly prove they have their interests at heart.  For people to reclaim their sovereignty, the future needed to be decentralized....

Why Decentralization in Crypto is essential for a Free Society

With their prodigious rise in the financial markets and public consciousness, it’s hard to believe that over a decade ago, Bitcoin and cryptocurrencies were within the realm of privacy enthusiasts and radicals. Early crypto adopters admired the new d...

Interoperability and the Nexus Blockchain

The blockchain ecosystem started with Bitcoin being the premier digital asset offering a way to transfer value while eliminating centralized authority. The Ethereum network has taken this further with the use of smart contracts to carve out an entire...

Hello, everybody! Welcome back to week 3 of Manda's metrics. It is time to check on Nexus and how it is doing! As a reminder, I will be sharing all of the data that gets returned from the system/get/metrics mainnet API call. Click the link at any tim...

The Next Big Thing in Blockchain Technology is Coming!

With all of the rapid innovations and advancements in the crypto world, it may get even more challenging to see the latest and greatest things that are peering in from the horizon. There are just so many awesome things to choose from with lots of pot...