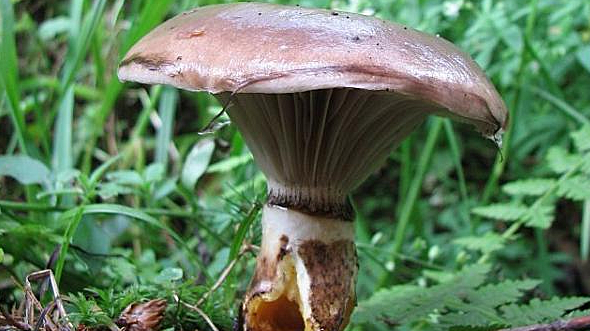 Gomphidius glutinosus, commonly known as the slimy spike-cap, is a gilled mushroom found in Europe & North America. Although it has gills, it is a member of the order Boletales, along with the boletes. The fruiting bodies sprout in pine, fir and spruce woodland in Europe in autumn. Initially, are completely covered with a slimy veil, breaking through to reveal a greyish or brownish-capped mushroom with decurrent greyish gills which sometimes resembles a child's top. Edible mushroom