We all know crypto is for adults but with where this is going is concerning. Elon Musk plays with the market and makes DOGE as strong as top projects with real life utility. Than all the Doge-Killers get launched and people FOMO into them. What's next? I am telling you what's next ... THE SHITCOIN REVOLUTION! This is when FOMO and fake crypto gods will make those with lesser crypto knowledge (and even the veterans) to buy and invest into dodgy projects and rug pulls. The hype for shitcoins will trend as the hopes for the Holy Grail, the 100x token, will always be a topic. With so many shitcoins around is hard to decide which is the shittiest of them all! My bag is already full of them and I find it hard to get rid of them... still hoping for that 100x. I have a small bag of shitcoins in my EtherWallet which will probably die in there of old age as they are totally useless. I have even more scattered across wallets and this is the reason why the fortune teller seen a lots of shitcoins. 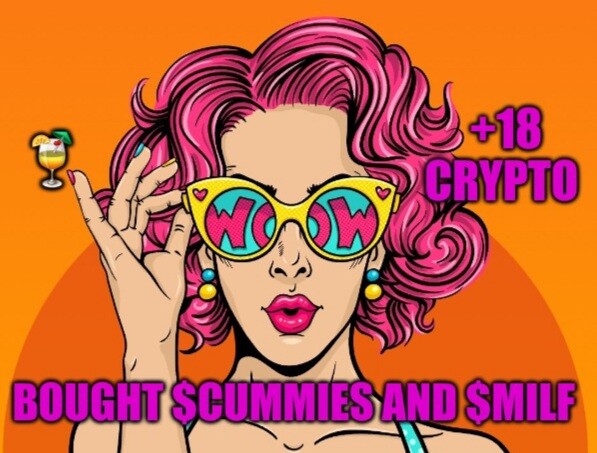 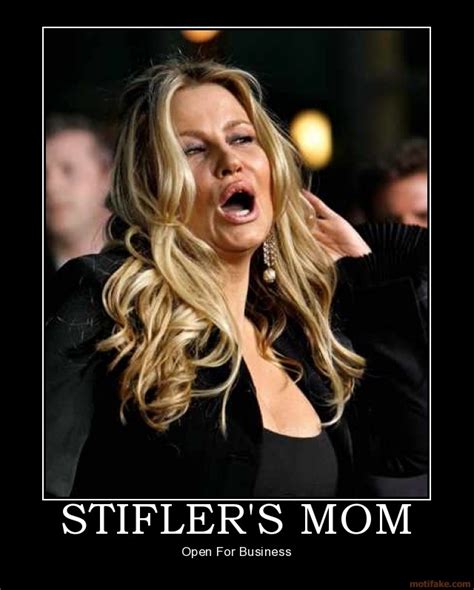 Than from Felix article I moved to another absolute gem of a post, about CumRocket and the 1300% value surge.  Reading through the article made me feel positive about this deflationary token that will be used for tipping and sexting. The $Cummies CEO is my UK neighbor, which makes the project covered under certain regulations. Another sign of non-scam token can be considered the listing on CoinGecko! As the first transaction failed, I asked for help and adapted the settings. I decided to spend $5 on $CUMMIES and bought 316.35 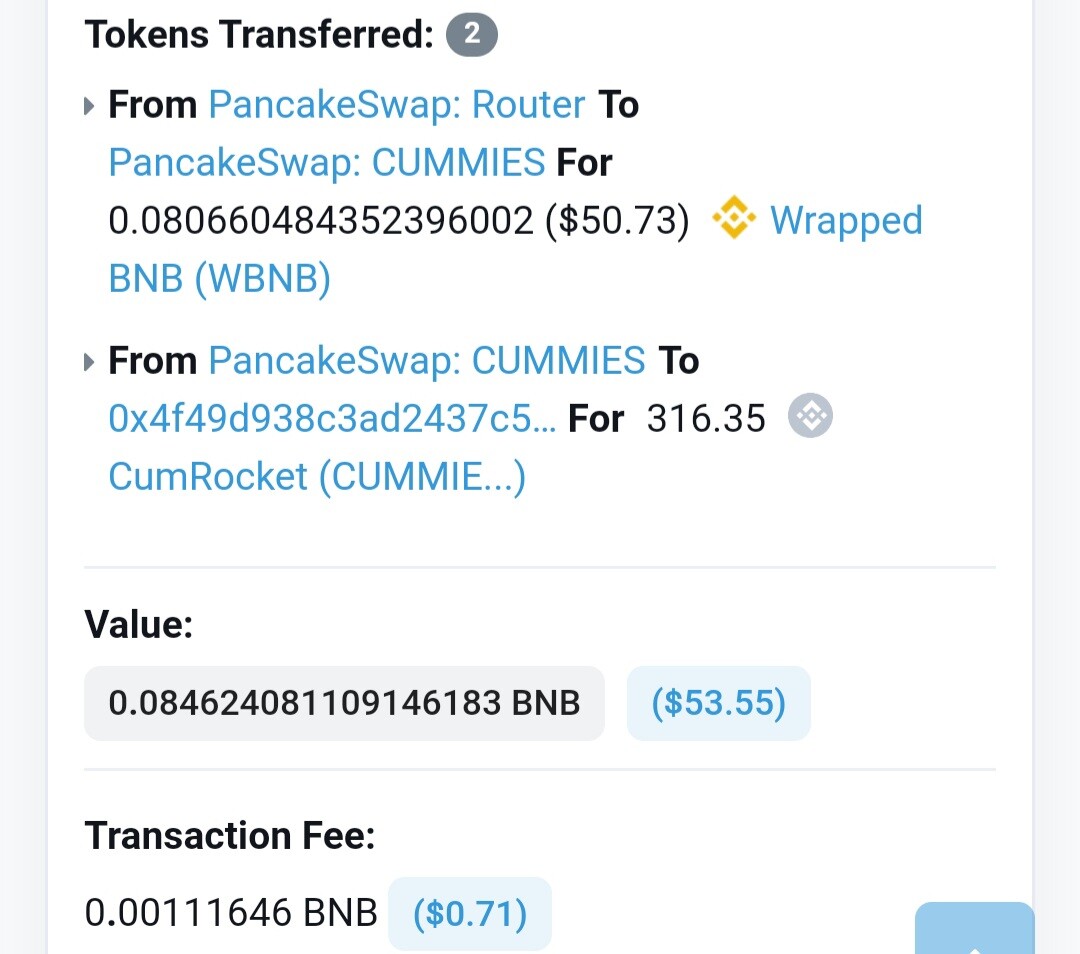 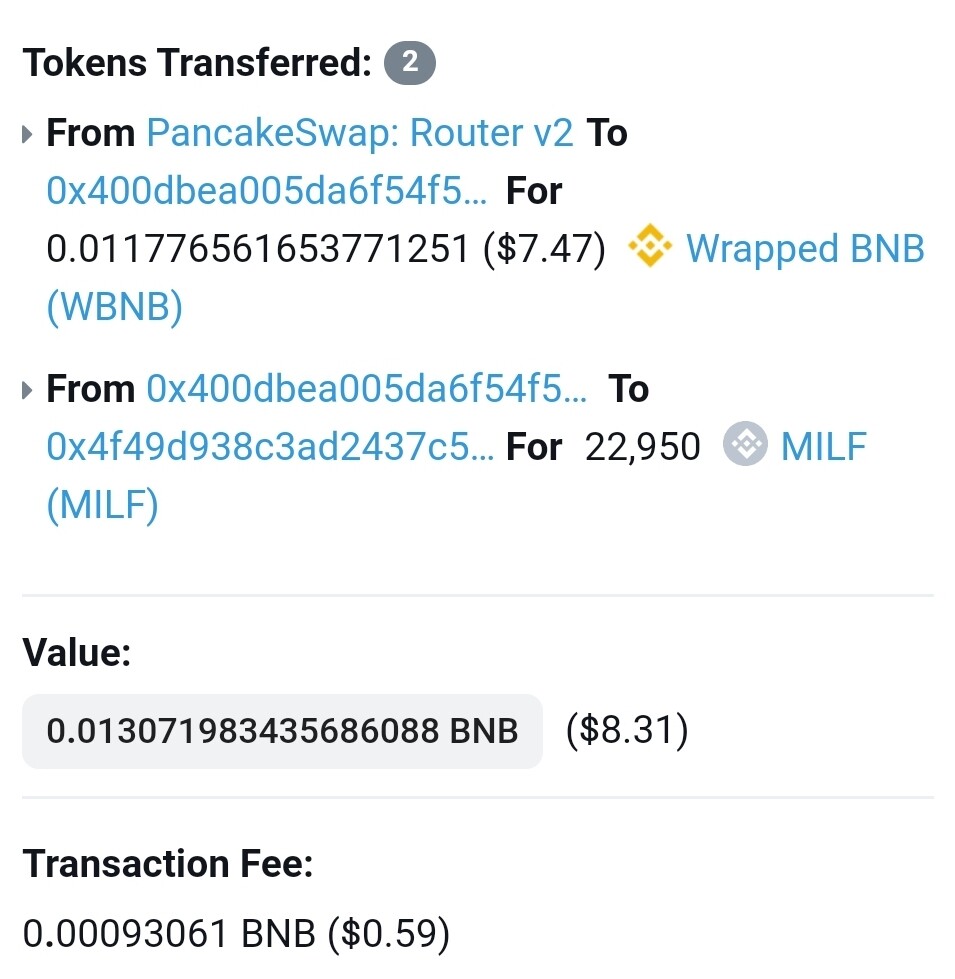 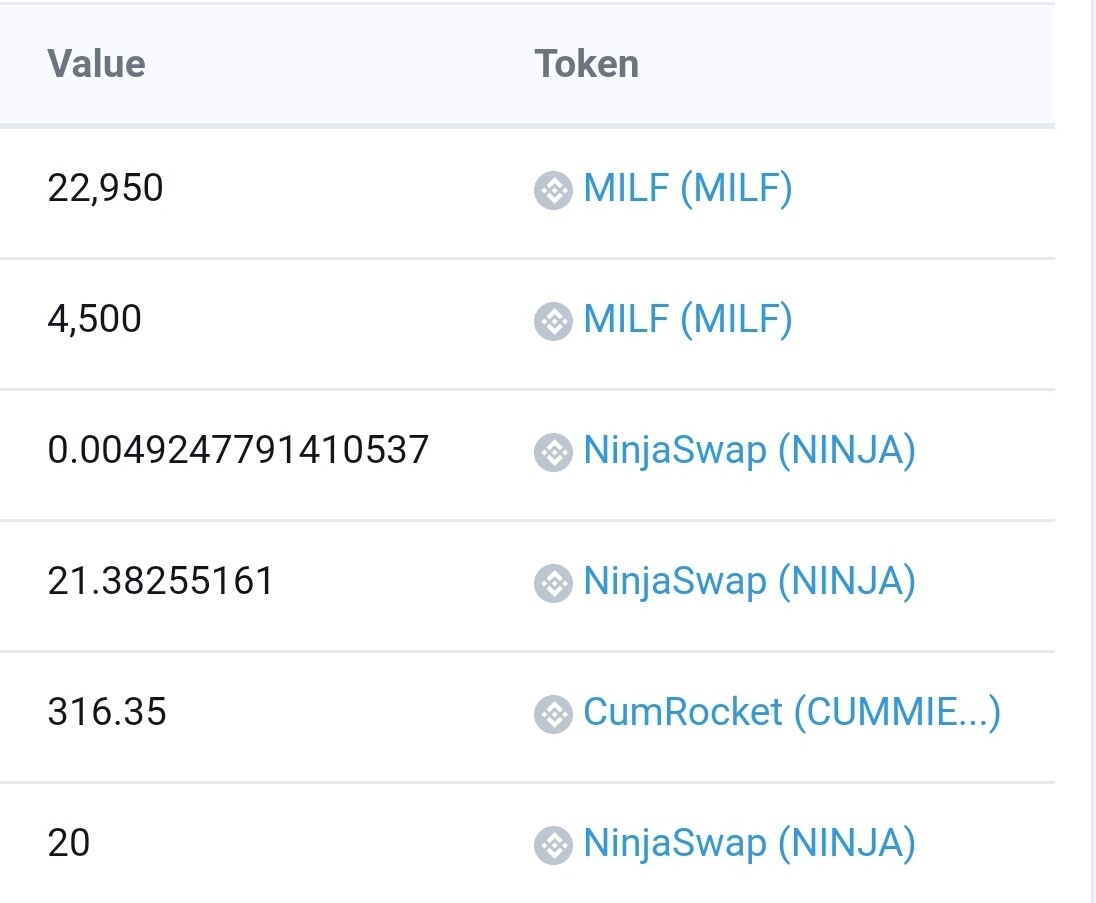 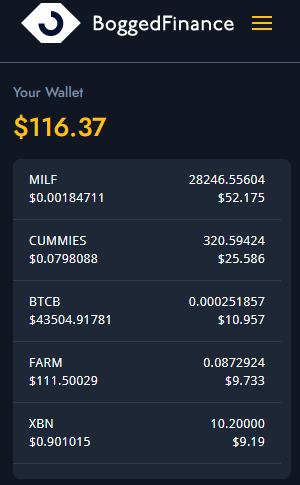