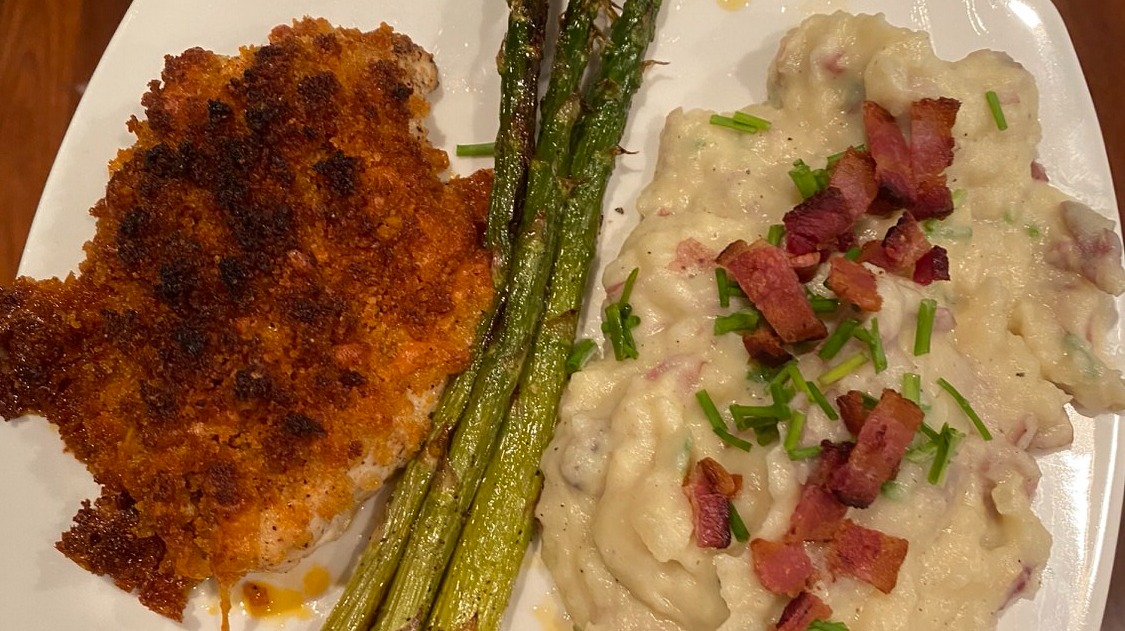 I made this the other night for my wife. It was supposed to be panko on the chicken, but since my wife can't eat gluten I had to substitute for gluten free bread crumbs instead. So the batter on the chicken was just a tablespoon of melted butter mixed with the gluten-free bread crumbs, a little salt and pepper, and cheddar cheese. I mixed those ingredients up, then took the chicken and put a little mayo on it. I piled the breading on top of the mayo and put in the oven to roast at 425 for 20 - 25 minutes. After five minutes I added the asparagus to the baking sheet with the chicken. The asparagus just had a little olive oil, salt, pepper, and garlic powder on it. The last thing was the mashed potatoes. I boiled the potatoes till they were soft. While the potatoes were boiling I fried some bacon and cut it into little bits. Once the potatoes were done boiling, I mashed them with a tablespoon of whole milk, a tablespoon of sourcream, some cheddar cheese, garlic powder, half of the bacon, and some cut up chives. Once the mashed potatoes were the right consistency I plated the food. After plating the food, I sprinkled the remaining bacon and chives on top of the mashed potatoes. It took about an hour to prep and cook everything. The food tasted great, but I think I'd cut down on the amount of gluten free bread crumbs if I made it again. It was less like breaded chicken and more like I dumped breading on top of chicken. 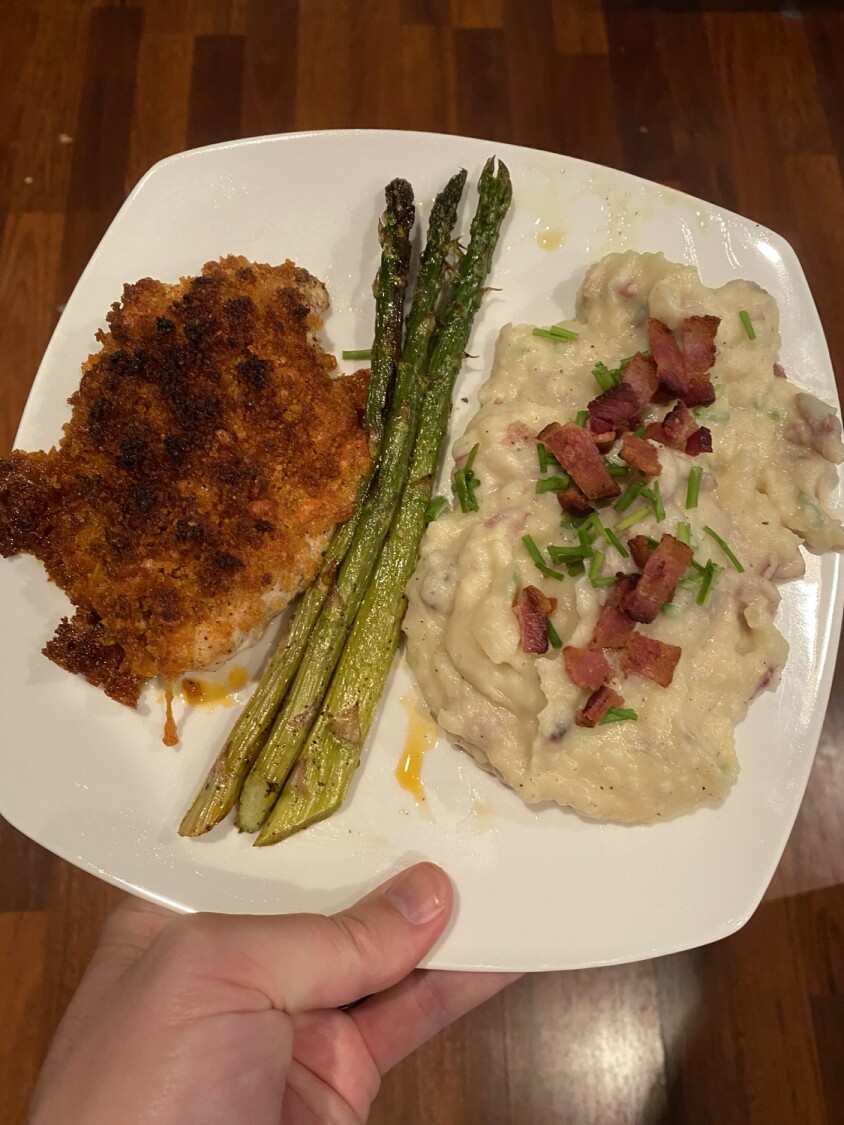 Just a middle aged guy trying to learn how to cook better during the middle of the pandemic. Located somewhere in the midwest (but trying to stay away from casseroles).