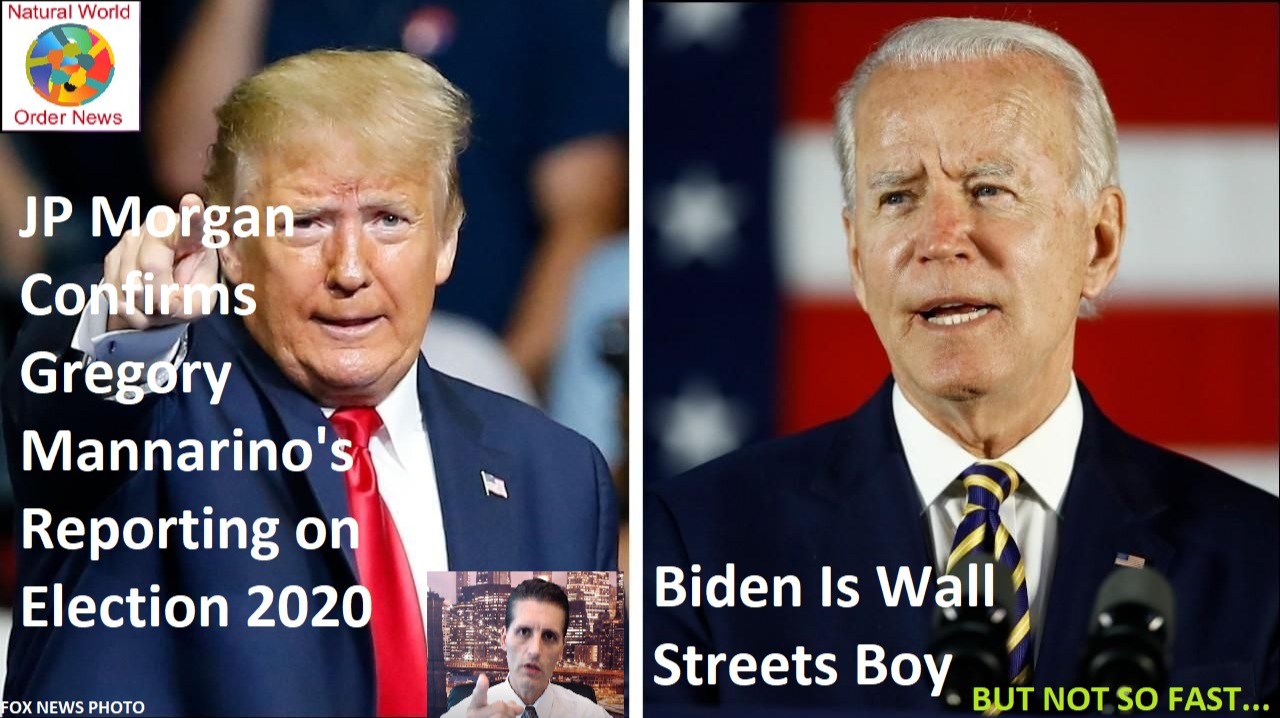 Yesterday Marko Kolanovic, spokesperson for JP Morgan, confirmed the many reports we have been publishing, filed by our official informal contributor, 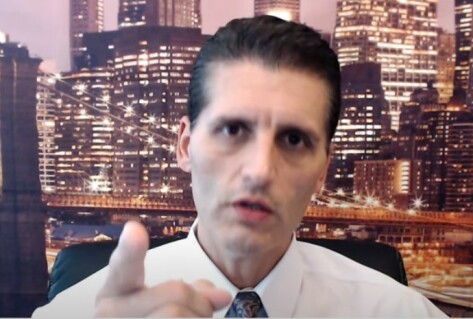 Gregory Mannarino. That is that Joe Biden is Wall Streets pick, to overthrow the Constitution and free market system. Wall Street insiders need to control the market by all means possible, now, due the the increased awareness of the general public to the criminal fraud being slowly uncovered, beyond the ability of insider media to control. This from Fox

Marko Kolanovic, A strategist at JPMorgan, who was correct in predicting the stock rally after Trump’s win in 2016, pointed to the recent protests and bias in polls as a driving force behind Trump’s recent gains, according to Bloomberg. He wrote Monday that a lot can happen before the presidential election in November, “but we currently believe that momentum in favor of [President] Trump will continue, while most investors are still positioned for a [Joe] Biden win.”

Marko is unable to express the awareness of the fraud among the public, concerning the full extent of Wall Streets, financial backing of Constitutional secession and overthrow, by their political, government assets. That would involve treason. So instead, in this Fox News article, he said;

Trump hinted that the fact that Biden was forced to denounce the protests is evidence that the polls are tightening and said the “violent rioters” share the same agenda for the country as Biden. He said Biden seemed to mainly blame police and law enforcement during the speech.

The Associated Press contributed to this report

The efforts by Mr. Mannarino and dozens of other top notch analysts, reporters, researchers, and broadcasters, posted on little publications like this all around the world is changing the awareness of the intrinsic value structure of the worlds actors and their actions, The People are regaining awareness of their own intrinsic natural, individual, collective authority, and responsibilities, while demanding government carry out it's responsibility in their interests. The People are demanding a change in the value structure, politically, and economically with all the power remaining to them within their government, and economy, short of bloodshed. These efforts are obviously being signaled in this Fox report, to the watchful insiders.

Insiders for too long have underestimated the collective wisdom of the People who are sovereign individually. They have believed we are shallow and self absorbed and will not notice their sophisticated reasoning in action. Mostly we do not want to be bothered with things that should be obvious. When public servants no longer commit honest mistakes and their actions become a pattern of their own deceit and profit, the People start looking for the criminals. Today the people are armed, while law enforcement and military loyalties are far from certain.

What is certain is that the People always demand justice and seek to achieve it, until, or unless rendered powerless to do so, either from internal weakness, or outside oppression.