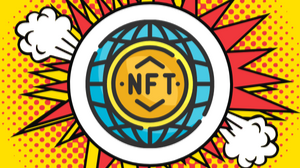 The 5 most important NFT coins you have to buy

If you consider the Metaverse as a social as well as a technological revolution and you are convinced that it could be the future, it is important to value some of the most important and relevant NFT coins on the scene.

Do not forget that an NFT is not the same as an NFT token or coin. The latter behave like any other cryptocurrency.

We wanted to list, among all the overwhelming number of NFT coins that you are going to find out there, the 5 most popular and important NFT coins that, due to market capitalization, history and recognition, you should have in your portfolio. These are MANA, SAND, AXS, GALA and ENJ.

NFT coins you should buy

Decentraland (MANA) is a virtual reality real estate platform that allows players to purchase LAND NFTs and other digital assets on Decentraland. Additionally, creators can use MANA tokens to incentivize their creations such as theme parks or avatars, while SAND coins are the main utility token in The Sandbox ecosystem: they allow users to own, develop and monetize gaming experiences.

Players accumulate SAND through gameplay which they spend on games or gear for avatar customization. Creators also spend SAND Coins when purchasing items like LAND to upload to The Sandbox marketplace platform.

Axie Infinity is a blockchain-based trading and fighting game universe represented by Axies, the game's NFT characters. The AXS token is an ERC20 token that rules the world of Axies.

Players can get rewards for staking their tokens by playing games or participating in key government votes… so it's kind of a reward system!

As for Gala Games, to say that it has its own video games with different ecosystems and properties, it owns the GALA tokens, which function as NFT coins within the Gala Games ecosystem and also as a form of government on top.

Enjin Coin offers products that make it easy for people who want to trade items between platforms/games via digital payments and cryptocurrencies like Bitcoin, Litecoin, etc. to develop, making it accessible even if you are not tech-savvy enough.

ENJ is a digital store of value used to back the value of blockchain assets like NFTs, giving in-game items real-world liquidity.