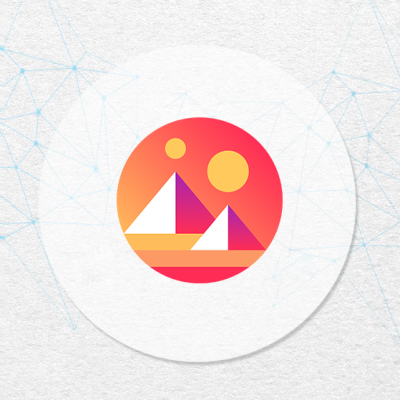 Decentraland (MANA) is building a virtual world in which users can be rewarded for the creations built in it. Founded in 2017 by Ari Meilich, Esteban Ordano, the project’s token, MANA, raised $24 million in just over 30 seconds during its ICO, an event that attracted a lot of attention.

Quite unique in what it is doing, Decentraland calls itself a virtual world built and owned by its users. Users can create avatars on the network and users tools and documentation to create new spaces and objects in the virtual world. This is accompanied by a market called the Decentraland Marketplace, where users buy and sell virtual plots of LAND.

The team has stated that once the virtual experiences have been created, which they claim is being worked on by thousands of LAND owners, users will be able to experience the world on computers, phones and VR headsets.

The MANA token has had several use cases be outlined for being particularly suitable for application. This includes the building of 3D scenes, games and decentralized applications, content curation, digital collectibles and advertising.

The project’s roadmap, which is viewable as a Trello board, comprehensively details the progress of the various areas of development, which roughly are: development on the “world”, the “builder” tool, the marketplace, policy, and improvements and features for developers. Current efforts focus extensively on features for creating spaces and experiences better.

The Metaverse and Cryptocurrency: Ways to Evolve Together

Here’s how the inception of a Metaverse concept can transform crypto and Web3. The Metaverse is a concept that even an average person is somewhat familiar with (thanks to the popular comic books and movies); however, the idea itself is not new at all...

Decentraland is a virtual reality platform creating a decentralized metaverse. Kept secure on the blockchain, each parcel of land in Decentraland is unique with it's own X and Y coordinates. With an expansive map, each new parcel appears adjacent to...

😎 How to Find An Entry & Exit Time with Net Buy Amount Indicator?

The Net Buy Amount indicator is an exclusive token metric. You can only find it on Candlestick. The divergence of Net Buy Amount & token price is an effective signal to capture a token entry & exit time, especially for swing trading traders.  ...

As Bitcoin (BTC) is ranging around $30k and most of the altcoins are declining, you might be searching for a way to make money without trading. One of the risk-free or low-risk options is to make money in the metaverse with play-to-earn or move-to-ea...

If you are interested in Metaverse, you might have considered the numerous projects and tokens which pumped last year - e.g., MANA, SAND and GALA: Decentraland (MANA) is the largest one, with a market cap of $1.8 billion USD. The Sandbox (SAND) is t...

Decentraland is a whole virtual world designed on blockchain. The project was launched in 2017 by Ari Meilich and Esteban Ordano. Running on the Ethereum blockchain, this 3D virtual world platform includes customizable activities, art, and land.  The...

What Is the Metaverse in Crypto World?

In the past decade more and more offline stores and services have transferred their businesses online and even more online companies appeared. These only exist on the Internet, as do metaverses. But what is metaverse? Generally speaking, it’s an onli...

Check out StealthEX 9th issue of our weekly digest! Oh, the vast worlds in universes far away. The heavenly bodies where all are free to roam and be whoever they want. Is this what the promises of metaverse are going to give us? Endless possibilities...

What Really Is the Metaverse? Review of the Most Popular Virtual Worlds

Nowadays, many people try to run away from reality  – the Internet proves that. It is easy to appear a confident and happy someone on social media, but not so much in real life . Lately, however, this has started to manifest at a whole different leve...

Visit DailyCoin for more articles NFT digital real estate, or virtual real estate, in the metaverse has become a trending topic and a promising field for those looking to invest, so much so that many companies are looking at the prospects they may pr...