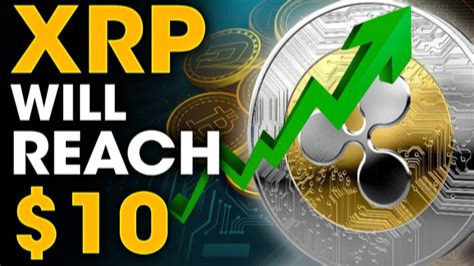 XRP is the new up-and-coming form of digital currency, but what exactly does it mean for the investor to put their hard-earned money into XRP? What is XRP projected to look like from a statistical standpoint in the coming months? Why is it a good idea to invest in XRP despite bleak projection statistics? Read on for answers.

"XRP is the native cryptocurrency of the XRP Ledger. All accounts in the XRP Ledger can send XRP among one another and must hold a minimum amount of XRP as a reserve. XRP can be sent directly from any XRP Ledger address to any other. This helps make XRP a convenient bridge currency."

What exactly is XRP?

What is the blockchain you ask?

A decentralized, distributed, digital ledger that is typically not private. It should come as no surprise that the transactions listed are referred to as "blocks" or blockchain nodes. Hence the name, blockchain.

Blockchain node you ask? Simply put, nodes are a digital copy of the blockchain that is stored on any type of technological hardware system, acting as a record book that keeps track of Crypto transactions via the blockchain. Think of it as you would a physical copy of a financial ledger, the blockchain is the same concept but the more innovative version of it as it is digital.

Why Is XRP a good investment despite varying projection statistics?

XRP may still be a good investment although projection statistics do not necessarily look great at this point in time for XRP. The reason behind my conclusion? XRP is currently in the middle of a lawsuit with the Securities and Exchange Commission (SEC). The claims set forth in this lawsuit? That XRP was sold as an unregistered security, their argument is that SEC is that XRP is a security and not a different type of asset because it was distributed by Ripple Labs and is thus not a decentralized exchange outlet. While the lawsuit has had several extensions since it began in December of 2021 the end may be finally approaching. April 8th marks the last day for the discovery schedule to be submitted by Ripple CEO Brad Garlinghouse and co-founder Chris Larsen, in this ongoing legal battle. After this SEC has until April 15th to submit its discovery decision. Many have viewed this as a win for XRP due to the clear lack of evidence on SEC's end. Ripple claims to have not been given adequate notice via SEC before a complaint was filed and thus are claiming the lawsuit to be unfair, also stating that they are not a security but rather a digital form of payment.

Qualities XRP has that makes it stand out:

"Some advanced features of the XRP Ledger, such as Escrow and Payment Channels, only work with XRP. Order book auto-bridging uses XRP to deepen liquidity for tokens in the decentralized exchange by using XRP as an intermediary when doing so is cheaper. (For example, auto-bridging matches USD:XRP and XRP:EUR orders to augment USD:EUR order books.)"

XRP is not as well known to most but that does not stop it from being one of the leading Cryptocurrencies per market cap even with the lawsuit via SEC affecting their statistics. In early April of 2021 XRP blew the crypto world's mind by skyrocketing to 1 dollar and almost hitting 2 dollars for the first time in about three years.  The De listing of XRP has not resonated well with a lot of buyers causing buyers remorse and for some to sell their stake immediately, expecting the worst.

Determinations on the outcome of this legal battle will obviously pave the way for the fiscal future of Ripple Labs and XRP alike.

What Is Volatility in Cryptocurrency?

Volatility describes the dollar amount by which the trading price of a token or coin varies over time. Therefore, the higher the range (or spread) of the price, the more elevated the cryptocurrency’s volatility.

Adjoining new blocks of transactions to a Cryptocurrency's blockchain. The "work" that is being referenced in the case of POW is creating a hash ( a hash is a strand of characters) and this hash must match the target hash for the block in question. The miner that is able to accomplish this task, is given the right to add that block to the blockchain and thus receive the profit associated.

POS in the Crypto world does not mean piece of shit as traditionally referenced but actually stands for Proof Of Stake System.  POS is a cryptocurrency consensus mechanism for processing transactions and creating new blocks in a blockchain. A consensus mechanism is a method for substantiating entries into a distributed database and keeping the database sheltered from potential threats or hackers.

"Ripple Consensus Protocol Algorithm is a Distributed Consensus protocol based on Byzantine Fault Tolerance that requires each node to define a Unique Node List (UNL). The UNL comprises of other Ripple nodes that are trusted by the given node not to collude against it.'

What Is Double Spending in the Crypto world?:

Double spending in the Cryptocurrency world is exactly what it sounds like it would mean, which is when a digital coin can be sent twice. As decentralization exchanges grow in popularity so do the risks associated with having no central hub facilitating transactions, increasing the risk for devious acts such as double-spending. The most common method of double spending is when a blockchain swindler will send multiple packets to the network, thus reversing the transactions to appear as if they never happened. This gives the digital pilfer the ability to spend the digital currency more than once thus potentially compromising the coin's authenticity and validity.

What is A Bullish Market?

What Is A Bearish Market?

-Although the true origins of these terms are not known, a good way to remember which reference is which is keeping in mind the differentiating means of attacking that a bear and bull have. A bear typically swings its paws downward when attacking (hence the downward reference of the market ) and a bull swings its horns upward (hence the reference to the up slope of the market).

Liquidity Explained: Liquidity is the propensity of a coin to be straightforwardly metamorphosed into government-issued fiat currency or other coins. For those that don't know, when speaking of volatility in regards to Crypto, it is explained as the amount by which the trading price of a coin/token differs throughout its life span. Low liquidity means that market volatility is present, thus causing Crypto prices to shoot up. In short, liquidity describes an asset's ability to be bought and sold in the current market.

Liquid Markets: Markets that are easy to enter and exit. More

Illiquid Market: Illiquid markets have the potential to put traders in a sticky situation where it is difficult to exit, which poses a huge issue for the trader.

Check Liquidity Validation: The daily trading volume of a coin can be checked at coinmarketcap. Bitcoin currently has the most liquidity at 538 followed by XRP at 524.