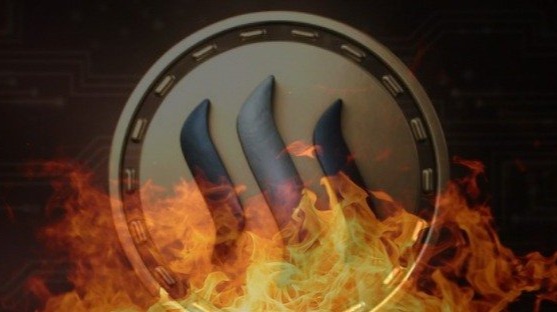 REWARD SYSTEM. The Steem chip system is inflationary, new chips are distributed every day. Inflation is 8.59% in 2019 and is reduced by 0.01% per 250,000 blocks. The new tokens are distributed based on the votes of the users. When users have more "Steem Power", a higher vote is obtained.

I start with this quote, because it was these words that put the spark in my imagination.

My idea is based on the following premise:

"All inflation induces a devaluation." The Blockchain Steem policy is based on the fact that the tokens created for inflation will be used for votes and healing.
So this distribution is not reaching the levels necessary to maintain the economy.
That is, new tokens are still being created but they are not being distributed in the proper proportion.
Then we have an "excess" of Steem. There is too much liquidity. More supply than demand.
Why?

We will talk about that after a theoretical framework related to the economy of Blockchain Steem.

How are new STEEM tokens created?

New tokens are created each time a block is produced.

There are Blockchains (PoW - Proof of Work) where new coins go to block producers (called miners). But in the chain of blocks Steem (DPoS - Delegated Proof of Stake) is allocated the greater proportion of new cards go a fund called "Group of Reward". These tokens are offered to users according to the value they bring to the platform.

How often does the Steem Blockchain produce a new block?

The Steem blockchain schedules witnesses to produce a new block every 3 seconds. 21 witness nodes produce 21 blocks in each 63-second round. (Steem Faq)

Unlike the PoW Blockchains where the tokens are randomly produced and distributed based on the amount of raw computing power and the work done, the tokens in Steem are generated at a fixed rate of one block every three seconds. These tokens are distributed to several actors: content creators, witnesses and curators, who compete in a specialized way for the tokens.

Content Creators: Users who produce content are adding value to the network by creating material that will drive new users to the platform, in addition to keeping existing users engaged and entertained. This helps distribute the currency to a wider set of users and increases the effect of the network.

Curators: Users who take time to evaluate and vote on content are playing an important role in distributing the currency to users who are adding the most value.

The chain of blocks rewards both activities by determining their real value based on the collective wisdom demonstrated through the voting system.

Witnesses: These are nodes specifically configured for the production of the necessary blocks. And they are also the users in charge of cooperating within the DPoS protocol.

With Steem, block production takes place in rounds. Each round 21 witnesses are selected to create and sign transaction blocks. Twenty (20) of these witnesses are selected by approval vote and one is shared by each witness who did not rank among the top 20 proportional to their total votes. The 21 active witnesses are shuffled in each round to prevent any witness from constantly ignoring blocks produced by the same witness placed earlier. Any witness who loses a block and who has not produced in the last 24 hours will be deactivated until they update their lock signature key. This process is designed to provide the best reliability while ensuring that everyone has the potential to participate in block production, regardless of whether they are popular enough to be voted on top.

Generation and Distribution of Tokens (Excerpted from Steem Bluepaper)

The rate of generation of new tokens was established at 9.5% per year as of December 2016 and decreases at a rate of 0.01% per 250,000 blocks, or about 0.5% per year.
Inflation will continue to fall at this rate until it reaches 0.95%, after a period of approximately 20.5 years.
From the offer of new tokens created by the chain of blocks Steem each year, 75% of those tokens make up the "group of rewards" that is distributed to content creators and content curators.
15% is distributed to the chip holders, and 10% is distributed to the Witnesses, the block producers who cooperate within the Steem DPoS consensus protocol.

As it says my initial quote:
"The system of tokens of Steem is inflationary..."

But if this distribution is not being done in the proportions that were expected, then the rate of decrease of 0.01% per 250,000 blocks could not be met and therefore the economy would be affected.

Starting from the premise that all inflation leads to a devaluation: could we assume that the inflationary policy of the blockchain would damage the value of the STEEM currency?

• There may not be the number of accounts necessary to distribute that 75% correctly.
• Maybe we have lost active users that contribute content - value.
• Perhaps the active users are not contributing enough value to the chain to earn higher rewards.

The Blockchain Steem is based on stake. The stake, is the STEEM in your SP.
STEEM is an essential part of the entire functioning of the voting system within the chain. It could be represented as shares acquired from a company, the more shares you have acquired, the greater influence you will have within the company.
Ballot voting determines the allocation of rewards.
The stake can be bought or won.
The only way that users can increase their influence on the platform is to increase their participation.

Steem only allows members to vote with STEEM when they are committed to a 13-week acquisition program called Steem Power.

The tokens created by inflation should go to the SP of the users, that's where the surplus of tokens should be. That can happen in two ways, through POWER UP and earning healing rewards.

In order to earn healing rewards, there should be more quality publications for voting to occur on the part of SP holders.
To increase the number of publications, then we need more active users.
This implies creating new accounts or simply reactivating accounts that are passive (which are many).

To increase the number of active accounts you need more motivation, that is, better rewards. It is an infinite cycle.

Precisely in the search for that "motivation", many of the current users are turning to Games Dapps.

I am concerned about the fact that the latest Dapps that are being developed on STEEM consist of "Games". This attracts a large number of users. For example, the Dapp DrugsWar has more active users than Steemit.
https://www.dapp.com/ranking
https://www.stateofthedapps.com/
In these pages you can get valuable information about it.

The negative aspect that I find in the use of these Dapps is that they are causing the NO CREATION of quality content.

This is doing great harm to the community. A option that occurs to me to revalue the STEEM currency is a process that some blockchains have implemented but it is something extreme. It is called "burn tokens". The option of doing a hardfork in Steem could be put on the table to incorporate a steem destruction mechanism. This would involve a whole technical, economic and even political debate. I imagine that this topic has already been discussed previously.
I would like to extend this topic but I still do not master it enough.
This would have to be contemplated in the blockchain policies, but I think that currently is not the case with STEEM.

As you can see, there are many thoughts that come to my mind and maybe I could not arrange them in the right way to convey my idea.
So, I ask you for your valuable opinion.
I hope that with a collective debate we can find the route that allows us to decipher the reason that the price of STEEM is still so low and does not achieve the desired recovery for all.

Thanks for reading and commenting.