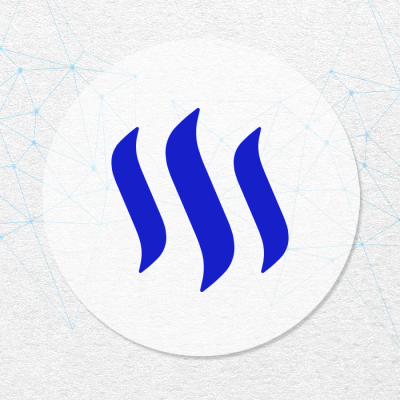 Steem is a social blockchain platform that focuses on decentralized applications, an example of which is the popular Steemit publishing platform. Launched in 2016 by EOS founder Dan Larimer and Ned Scott, STEEM is one of the earliest examples of a social and content-focused platform that employs cryptocurrencies and the blockchain.

Steem’s mission is to empower communities by giving them smart tokens to incentivize users to help grow communities and foster participation.

Steem’s most prominent application, Steemit, is a publishing platform where content creators are rewarded with the cryptocurrency token STEEM for the quality they produce. There is also a stablecoin available on the network called Steem Dollars (SBD). Both tokens can be traded on an internal decentralized exchange. Transaction fees are replaced by the inflation rate of the token.

Several other decentralized applications have already been created on Steem. Other dapps include Steem Engine, a platform for issuing and trading Steem-based tokens; DTube, a decentralized platform for uploading and sharing video material; SteemPress, a WordPress plugin connecting WordPress and Steem; and more.

The Steem team is currently focusing on developing Smart Media Tokens, which will “will allow anyone to create their own token...and use those tokens to fundraise, monetize content, and grow their own social communities.” This is intended to help communities in the content creation space to launch their own tokens to support themselves and establish mutually beneficial mini-ecosystems.

Who is Justin Sun?

If you have paid any attention to cryptocurrency news in the last several years, you have most likely heard of Justin Sun. This young Chinese-born entrepreneur has taken the crypto world by storm with his controversial tactics and business ventures....

This review provides the most important things you should know with these two publishing platforms. There are many publishing websites you can use but I chose this two what I think the most amazing of all. PUBLISH0X Publish0x allows both readers and...

In case you missed the latest announcement; here’s a Link. Developments from this announcement shine light on the next direction of WOXDefi. WOXDEFI has been around for quite some time now and have been in constant but gradual development. Powered b...

Sudden Price Up Of Crypto Made My Day

Source: canva You have heard that first love never can be forgotten and in cryptocurrency I also have my first love. Suddenly yesterday evening my first love (crypto coin) suddenly jumped from 0.33$ to 0.55 and my happiness knows no boundary. Binanc...

About two months ago I started tracking my very small portfolio of two tokens/coins, Steem and Pancakeswap, which I am holding for passive return. Number of token/coins increases as time passes as I am receiving coins/tokens from 'delegation' or 'poo...

About more than two weeks ago I started tracking my very small portfolio of two tokens/coins, Steem and Pancakeswap, which I am holding for passive return. Number of token/coins increases as time passes as I am receiving coins/tokens from 'delegation...

About more than a week ago I started tracking my very small portfolio of two tokens/coins, Steem and Pancakeswap, which I am holding for passive return. Number of token/coins increases as time passes as I am receiving coins/tokens from 'delegation' o...

A month ago I posted about some coin/tokens I am holding for passive income: Hive, Steem and Pancakeswap. I haven't really track the performance of these since I didn't normally change position/allocations of these. But starting now, I decided to pos...