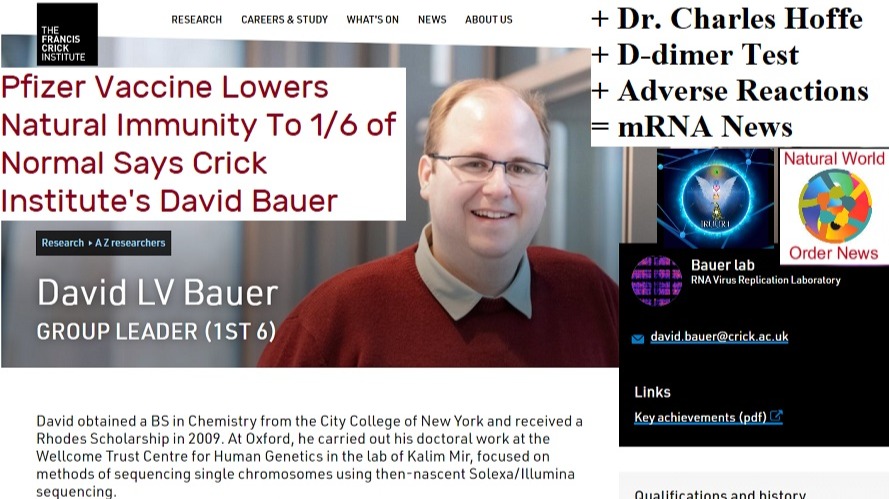 They don't want doctors anywhere near their healthcare system. Only approved, physician licensed, system practitioners. The central banks no longer allow governments they finance to administer health and wellness. It is now about a cost effective, efficient system for human labor capital resource, maintenance. research, application, and management

Study to Evaluate the Safety, Tolerability, and Immunogenicity of an RNA Vaccine Candidate Against COVID-19 in Healthy Children <12 Years of Age

With some  modifications, the process for follow-up outlined in this newly begun study for effects on children, is done in all experimental drug trials. However in the current mass drug experiment being conducted in nations around the world, basic drug recipient follow-up is not conducted. Participants with adverse reactions are often abandoned. Here is an example of the normal drug trial process modified for this child, mRNA "vaccination" experiment.

The current unethical drug experiment being conducted by government/drug manufacturer/distributors is only capable of documenting 1% of all reactions on the official CDC web site, according to a Harvard, HHS study conducted in 2020.

A middle-aged Canadian man developed severe neurological side effects after taking the first dose of the AstraZeneca vaccine. He now shakes, has memory issues, suffers from ringing in the ears, and has extreme difficulty walking, according to video documentation of his experience posted on his Facebook.

In a July 19 interview with Canadian independent media outlet Rebel News, Kevin Street said he took the first dose of the AstraZeneca vaccine to do his part to combat COVID-19 eight weeks ago. He said all was well until approximately five hours after the injection when he “started having some side effects almost immediately that were concerning.”

“However, I felt as though they were common things that we were hearing around town as far as you know, flu like symptoms, and just really really tired and almost to...Instituting and Publishing Therapies and mRNA Warnings By Doctors and Field Researches Punished By The Government...

Dr. Hoffe a physician and clinical researcher in Canada was troubled when the government authorities would not consult with him. His patients were suffering symptoms similar to each other, all after participating in the Canadian drug/government mRNA experiment. The symptoms appeared to be connected to restricted blood supply to various parts of the body, usually associated with small blood clots that do not appear in tests searching for larger clots in specific places.

The specific clots must be big enough to see and treat. But blood clots can affect certain vulnerable parts of some people's bodies, but be to fine to pinpoint for specific treatment, tied to the location  of a significant  clot. In the case of hypertension in heart and brain, fine clots forming along vascular walls and accumulating in the slow moving capillaries can create undue pressure and symptoms, such as tinnitus in the ear portion of the head area, even dizziness and memory loss in other areas around the brain.

“This is the terrifying concern. And not only is the long-term outlook very grim, but with each successive shot, the damage will add and add and add. It’s going to be cumulative.”

An outspoken B.C. doctor threatened with losing his license is sounding the alarm on “inevitable” damage to blood vessels by the COVID-19 vaccines.

In a recent online interview, Dr. Charles Hoffe, a family physician of 28 years in Lytton, B.C., offered a grim prognosis for jab recipients.

“In a single dose of a Moderna vaccine, there are 40 trillion messenger RNA molecules,” Hoffe said. Three-quarters of these molecules leave the arm of the injection, circulate through the bloodstream, and end up in the tiny capillary vessels. “These little packages of the genes are absorbed into the cells around the blood vessels of the vascular

If Dr. Hoffe knows this, and now you and I know this, then surely the drug/government manufacture/distributors must know this as well. So why isn't the participant population being given resources to have the test done and report the results to human resource efficiency experts, supposedly conducting a drug test in the interests of public health.

This is the test, the recommendation of which, has reportedly got the good doctor on the outs with authorities in B.C. Canada.

This test should be recommended at least to all drug trial recipients, concerned with the issue of blood clotting, by drug/government producer/distributors. Significant follow-ups should be conducted by drug/government financed producer/distributors. Adverse reaction patients are not being systematically protected in any transparently documented way to vaccine participants, their loved ones and the remaining "vaccine" hesitant global population. Doctors outside of the current technocratic orthodoxy, are being outlawed and limited in their ability to practice.

There are reports of deaths more common than rare, as a ratio, compared to normal vaccine treatments historically. Unfortunately this remains reported in scattered cases across the globe, without comprehensive follow-up, publication, discussion or transparency from central bank financed, drug/government producer/distributors, and their major authorized MSM network holdings.

The Crick Institute in the UK, formerly a bio weapons lab, is studying the experimental mRNA drug and its effects on the participants. In an interview, David tells us that the mRNA drug reduces the essential elements of the immune system, which he called our personal gold standard, to the point where drug recipients will need many boosters a year to survive.

New data on the structure of the universe suggests that what is viewed as efficient use of human resource labor capital by central banks is structurally out of sync with the math of the universe. This renders it wasteful and unsustainable in nature and therefore ultimately a failure as a competent social structure.

A.I. or M.I.? Time to Choose A Platform To Interconnect The World

Globalism in one form or another is inevitable as The People evolve as a species. A.I. is currently interconnecting the world in miraculous ways. However it may be only the beginning, and perhaps our first attempts to imitate the computerized, mathematics of the galaxy and it’s connections to the neighboring galaxies and our universe. M.I. …

A.I. or M.I.? Time to Choose A Platform To Interconnect The WorldRead More » 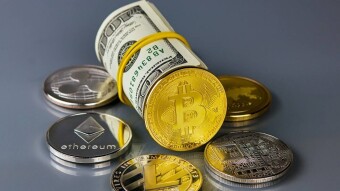 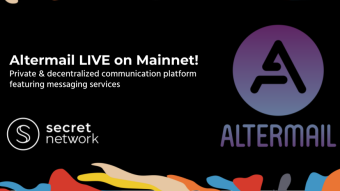 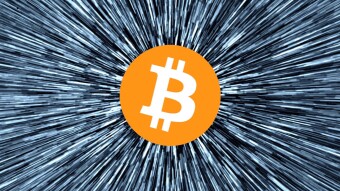 The Bitcoin Storm That is Coming