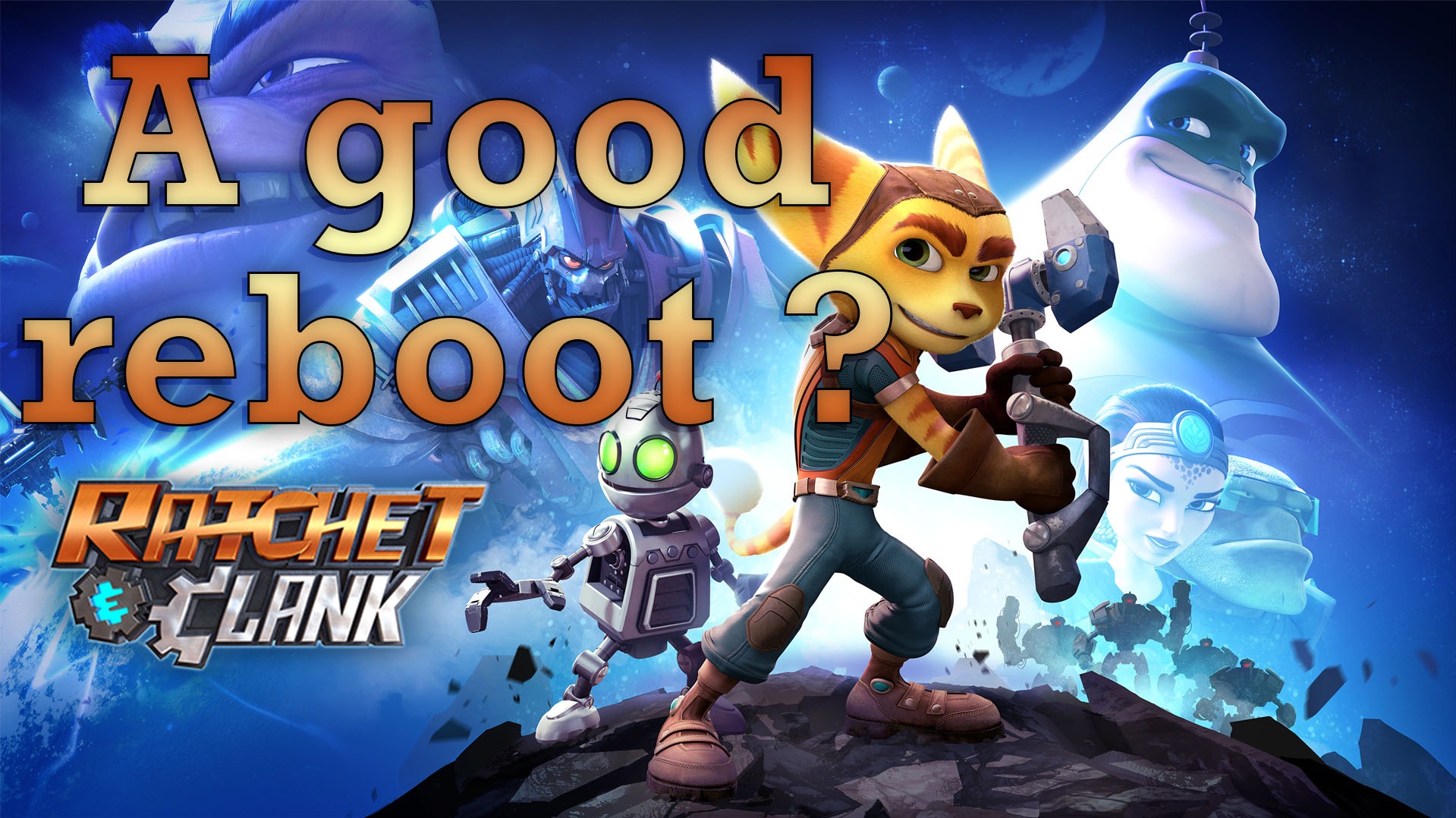 Some weeks ago I bought Ratchet & Clank.

This was really a big moment for me. Ratchet & Clank are games that made me. Probably the games I played the most on the PS3. I played tens of hour on a multiplayer battle with a friend. More than that, I find them pretty funny, beautiful and have an entertaining story. Some Characters Like Captain Quark are really great even if they are a little cliché.

Alays starting the games as a little lombax unknown by everyone and becoming a Space ranger, save the universe and become one of the biggest celebrity is avesome ! And I like the very little RPG system they added. Like purchasing weapons, upgrading it, making the same with the armor and gaining experience when you use weapons to unlock new ameliorations, all of that was really great and gave a little feeling that every game should be different depending the weapons you use.

That's Why I've been so excited when I received my PS4 (Yes late, I know) in the begining of the year.

Now, I have bought the game. The second step is to put it into the console, download every thing needed to make it work properly and simply. I've played 6 hours in a row. And there is my first problem.

While the first 4 hours are really great, you discover a lot of things, new weapons, the whole story, try to join the rangers. Really quick it starts to be some repetitive. You beat the same ennemies, the story isn't changing that much, you just need to find a new weapon, find a map to know where you will find the big bad guy. Follow him when he escaped.

I really felt like every planets were smaller than they used to be in the previous games. There is no armor upgrades and no particular gameplay changes.

I feel like the game is just more beautiful, but with worst gameplay mechanics.

The story is exactly how it used to be. A bad guy wants to destroy the world and you need to stop him. And the scientist is still Dr Nefarious. Captain Quark is the stupid good guy who starts to become greed and become a bad guy, they already made it in a previous opus.

We can see that there is a lot of "Easter eggs" for people who already played the previous games. But this is too much, so much that we already know the biggest part of the game. And Dr nefarious... We see it 2 minutes in the whole game but He became the great vilains at the end. The only thing that isn't obvious is badly made

I don't know if I'm just getting old and feeling that "the good ol'days are gone" but, even the bonuses look crap. There is really few great skins. You can change you head, armor and ship appearance, there is no more "big head" filter, and I find most of the head pretty ugly. The armor and ship skins are common.

There are also screen filters. No need to say that enven filters on the photo mode of the games like Cyberpunk 2077 for exemple. But, even uglier. You can also unlock some.. Pictures from gallery, like concept arts in game. That's not even giving some adince. And not that nice.

As you can understand.

As you can see, the things I did not liked are things that were in the previous games. But this one is still great.

Travelling during those 15 Hours (yes, it's pretty short) in that galaxy is still great ! The humor in the game is not only for children even if it's quite simple. There are jokes everywhere and all weapons are really originals. Upgrading them really brings something great.

There are some characters really funny and we can like most of them.

The biggest problem I have with this game is the lenght. It's only about 15h long and That is pretty short. I don't know how you would do it but for me I played it three times and it was done. In 3 days. Glad it cost me only $10

There is a challenge mod where you can restart the game with tougher ennemies, stronger weapons and more upgrades to add to them. To give you more time to find some secrets.

The problem I have is that It feel like they wanted to reboot the game and make more. Just a game simpler to give some hype to gamers and create some new games after that. And nothing. I don't know about the success or not of the sales. I don't know if the movie was good at box-office but I would really like to see more of it. With some innovation next time...

I hope you you'll want to give it a try, buy it second hands, I don't think it's worth buying it full price.

This is the first post I'm writing with my New laptop. It's really pleasant to be able to do it and use photoshop for illustration without needing to getting out of my bed !

Have a wonderful day everyone !