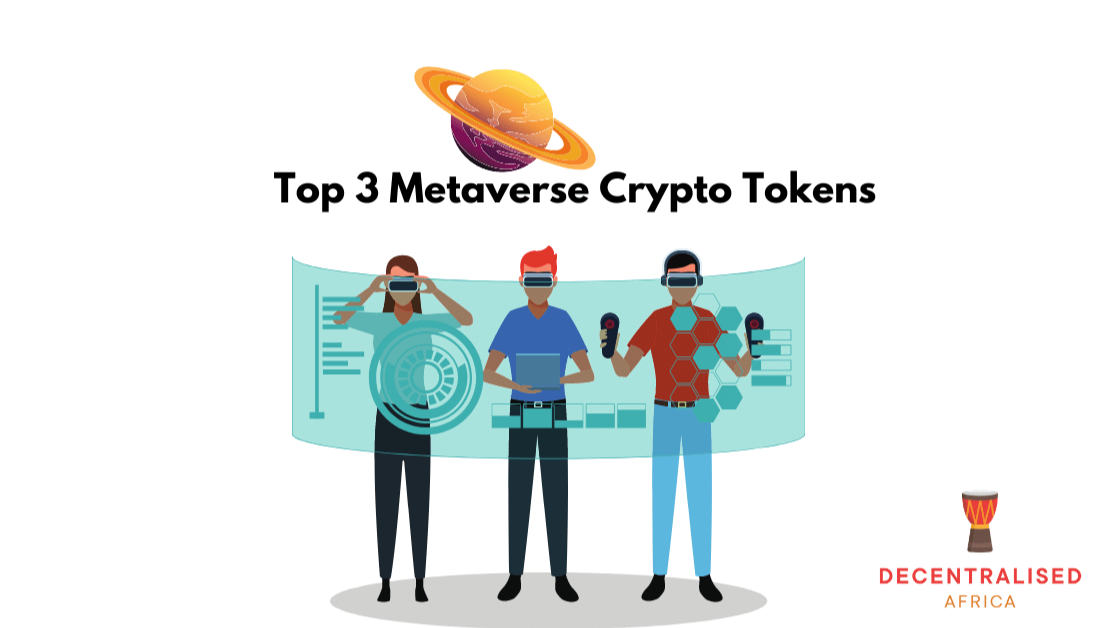 The Metaverse is defined as a parallel digital universe or virtual-reality space shared by a collective of users, wherein they can interact with the real world, computer-generated environments and virtual assets offering ecosystem participants unique experiences. The metaverse essentially brings together many aspects including enhanced physical reality, augmented reality, and virtual worlds. Metaverse is also generally used to describe the concept of a future iteration of the internet that would consist of 3D virtual spaces connected to a virtual universe. To access these virtual worlds, users would need access to the internet, a computer or smartphone, and sometimes virtual reality headsets.

Where does blockchain technology fit in?

Along with other previously mentioned technologies, innovations in the blockchain space are enhancing the metaverse in entirely creative ways such as enabling users to move avatars and assets instantly and in a frictionless way across multiple virtual worlds. What makes this possible is the power of distributed digital ledgers that have the capacity to store data across networks. By introducing blockchain powered innovations, users also have the ability to not only experience or create but to also monetize virtual reality applications or content within those ecosystems. Much of the metaverse mimics real-world interactions but there’s potential to incorporate real-world applications.

Digital assets made possible by blockchains can potentially help establish self-sovereign value systems and encourage open creator economies that, for example, utilize universal digital representation and ownership layers via non-fungible tokens (NFTs). It is expected that the rise of crypto assets will enhance the gaming and creative industries in much the same way that the proliferation of mobile technologies redefined cross-border communications. Popular games such as Fortnite already use virtual assets and virtual currencies such as V-bucks which are exchangeable for dollars. It is not hard to imagine digital currencies being accepted in the gaming and entertainment sectors especially. NFTs are already popular with all kinds of ecosystem participants entering the space. These non-fungible tokens or cryptographic assets signify ownership of unique items, such as digital art, digital real estate, music, in-game assets, clothes and a lot more. What makes these items unique is their fungibility which creates scarcity value. The Metaverse is still a new concept to many but it has the potential to morph into something more mainstream in the coming years as advances in blockchain, AR, VR continue.

Enjin coin (ENJ) is an Ethereum-based digital currency that backs the value of Enjin-powered blockchain assets including more than 2-billion NFTs. Through a minting process, Enjin coin is infused into NFTs. The coin has real-life value in the sense that it is exchangeable/tradable for other crypto tokens that have real world price value attributed to them. The Enjin team of contributors are looking to build a product ecosystem that enables people to create virtual economies. The founders of the project are Maxim Blagov, CEO and Witek Radomski, CTO.

Enjin offers an ecosystem that consists of integrated products which are developed in order to make it easy for everyone to develop, trade, monetize, and market leveraging blockchain. The Enjin ecosystem is fueled by Enjin Coin (ENJ), an Ethereum-based cryptocurrency used to directly back the value of Enjin-powered blockchain assets. Enjin launched the Enjin Network back in 2009 and that gaming community platform has more than  20 million users. Since raising almost US$19 million during an ICO in 2017, the team has continued to build its suite of blockchain products that make it possible to easily manage, explore, distribute, and integrate blockchain assets. Enjin also launched the first blockchain gaming multiverse and since 2018 has collaborated with more than 35 projects to implement ERC-1155 blockchain assets.

Enjin Coin can be obtained on many cryptocurrency exchanges including Binance, Uniswap and Balancer. The token can be traded against fiat currencies, stablecoins (e.g. USDT) and other cryptos such as Bitcoin and Ether.

Powered by the Ethereum blockchain, Decentraland is a virtual reality platform that enables users to experience, create, and even monetize applications or content. All a user needs to use Decentraland is a PC or Mac that runs Chrome or Firefox and has a digital wallet installed where the user is able to store their digital assets or collectibles. Currently users cannot use the platform on mobile.

Even without a wallet, a user can also choose to experience Decentraland Explorer, however, the data will be locally stored. A user would be able to do such things as navigate around the virtual environment, customise their avatar or chat with other members in the virtual world. The downside will be that the user wouldn’t be able to receive rewards or participate in events. 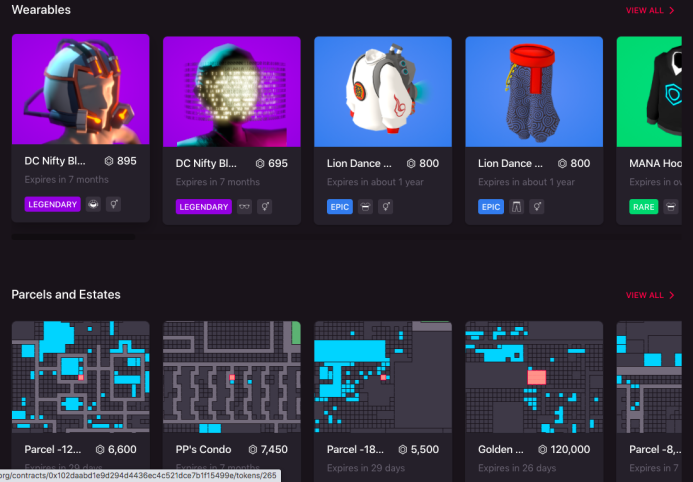 What makes Decentraland attractive to a lot of crypto enthusiasts especially is that it is governed by a decentralized autonomous organization (DAO).  The community owns the land in Decentraland which gives them control. Users can claim virtual land ownership and those landowners are able to control what content is published to the land that they own. The contents can come in the form of static 3D scenes or interactive systems like games.

The land is a transferable, non-fungible, scarce digital asset that is stored in an Ethereum smart contract. To acquire the land a user would need to purchase using the MANA token which is an ERC-20 token used to make in-world purchases of digital goods and services. Mana used in land parcel exchanges within Decentraland. The land parcels are 16m x 16m, or 52ft x 52ft. The height is restricted based on certain limitations.  Within Decentraland, land is represented by non-fungible LAND tokens which means that each piece is unique and cannot be replicated. Ownership can also be tracked on the Ethereum blockchain. Owning LAND within Decentraland is pretty much the same as owning other unique crypto assets such as CryptoKitties or CryptoPunks. The great thing is that users are then able to use their LAND within Decentraland to build 3D spaces and apps. LAND is built on the ERC721 token standard. Transactions that take place in the Decentraland marketplace will derive in a 2.5% MANA-burn which is seen as the transaction cost in the marketplace. The MANA will be burned and removed from the marketplace.

Before taking a dive into the blockchain space, The Sandbox was already known for popular mobile games such as The Sandbox and The Sandbox Evolution. With millions of downloads,  it only made sense for the developers to bring the user-generated content gaming IP and huge community of creators to the blockchain ecosystem. The vision was not only to reward creators but to be able to provide them with real ownership through the use of NFTs. 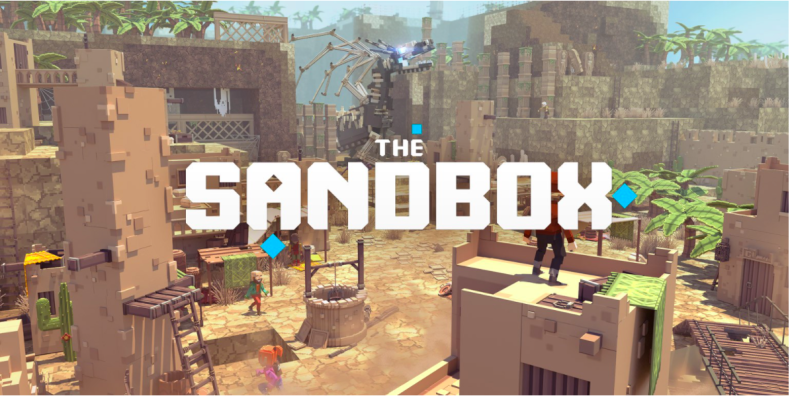 The Sandbox is a decentralised gaming ecosystem that is community driven and that offers a virtual space wherein participants are able to create, own and also monetise their gaming experience by leveraging the Ethereum blockchain. Users are able to utilize Sandbox’s free software such as VoxEdit and the Game Maker enabling them to create assets and games which can be monetised. Essentially, The Sandbox is a form of gaming platform that uses several token types to create an economy that caters to creators, land owners, players and curators. There are three tokens: 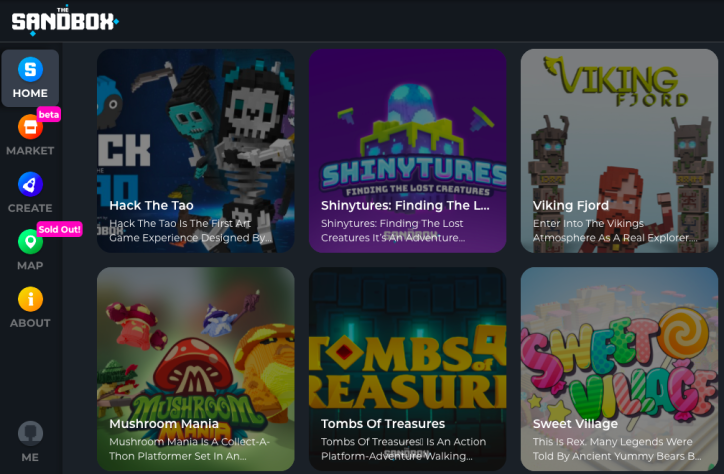 Creators make revenue on The Sandbox by creating Voxel assets using Voxedit – a free 3D modelling and NFT creation package that works for PC or Mac – and uploading, publishing and then selling them on the marketplace as NFTs. In addition, users can also build games using the Game Maker or own land and rent it out or populate it with content to increase its value. 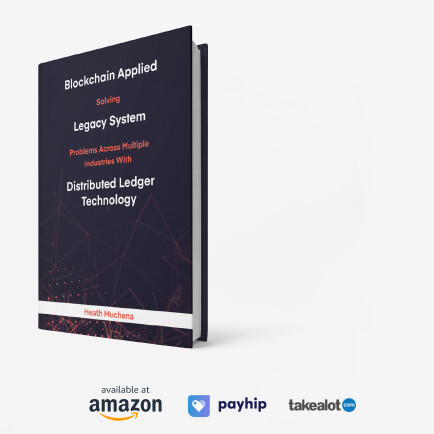 Another must-read is Tokenized Trillions: The Digitization of Real-World Assets Using Blockchain Technology 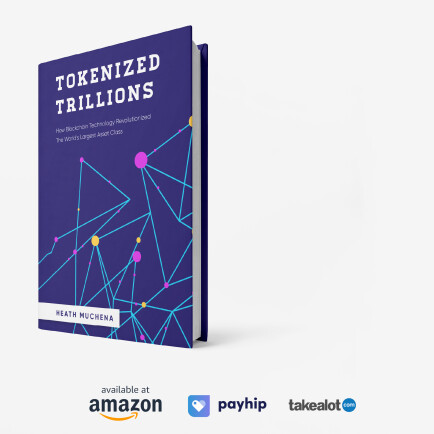